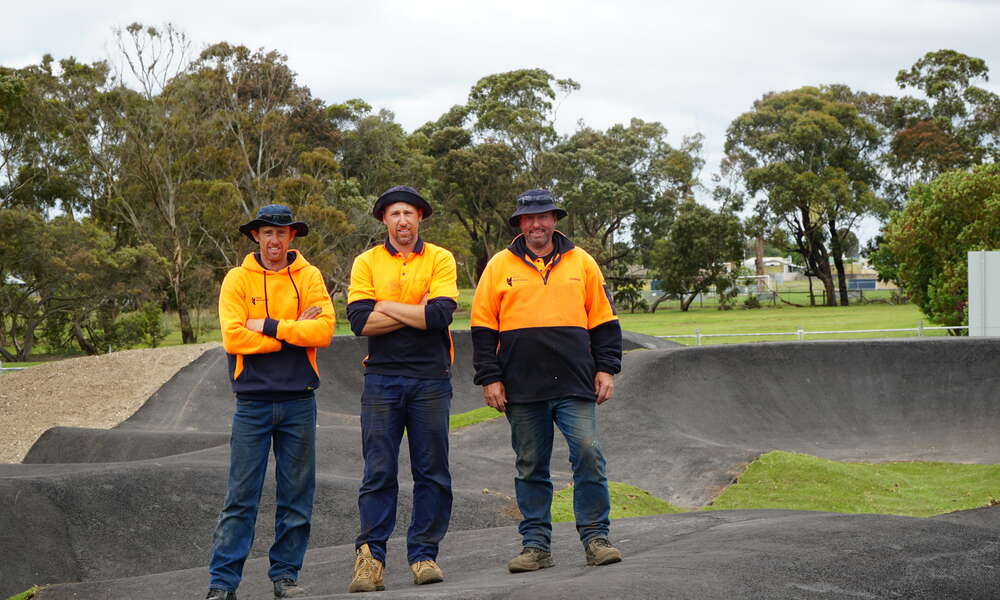 As part of the construction process, international pump track experts and experienced Australian trail builders supervised the construction of the track and developed the raw shape including the fill, gravel and asphalt paving.

“It’s been a real team effort by everyone involved to have the track finished in a short timeframe and the crew have worked hard in all sorts of weather conditions,” City of Mount Gambier General Manager City Infrastructure Nick Serle said.

Signs have now been erected at the Pump Track outlining the guidelines and considerations for use of the space.

“We know there are people in the community that are very keen to start using the facility and we thank them for their patience during the construction phase.”

We ask that the community follow some simple guidelines around being safe, respecting the space and being considerate of other users and nearby residents. We really want the space to be well looked after to ensure it can be used by everyone for many years to come.
- City of Mount Gambier General Manager City Infrastructure Nick Serle

Council endorsed the project earlier this year following lobbying from the community for a facility of this type.

“We received numerous requests for a facility like the pump track so we know the community will embrace this concept and we are so excited to now be able to open the track for riders to access,” City of Mount Gambier Mayor Lynette Martin OAM said.

“We also thank and congratulate the leadership shown by the locals who have helped get this concept off the ground, particularly the Mountain Bike Club,” Mayor Martin said.

“Through demonstrating this leadership we are able to implement community assets such as this one and we hope this involvement ensures the community will take ownership and look after this valuable infrastructure.”

The new track is expected to provide wide-ranging benefits not just through community use but also through tourism and economic benefits for the city.

“Our city has an ideal opportunity to build on its strengths as a cycling destination which will provide economic benefit, particularly as this site is set to host not one but two events on an international stage. It’s very exciting.” Mayor Martin said.

The first of the Red Bull Pump Track World Championship qualifying meetings is set to take place at the Hastings Cunningham Reserve site on Saturday 14 and Sunday 15 December 2019.

The two day event will commence at 10:00am on Saturday with registrations and practice and the official opening of the track, with timed runs and competition kicking off on Sunday at 12:30pm.

Further information about the event can be found here: redbullpumptrackworldchampionship.com/race/december-15th-mount-gambier-australia/

Council will continue to work closely with the community to further develop the facility and immediate surrounds.

“To ensure our shared aspirations for the pump track are achieved we encourage you to register your interest in participating in future discussions about the site at the Have Your Say website,” Mayor Martin said.

To register interest or share thoughts and ideas visit www.haveyoursaymountgambier.com.au 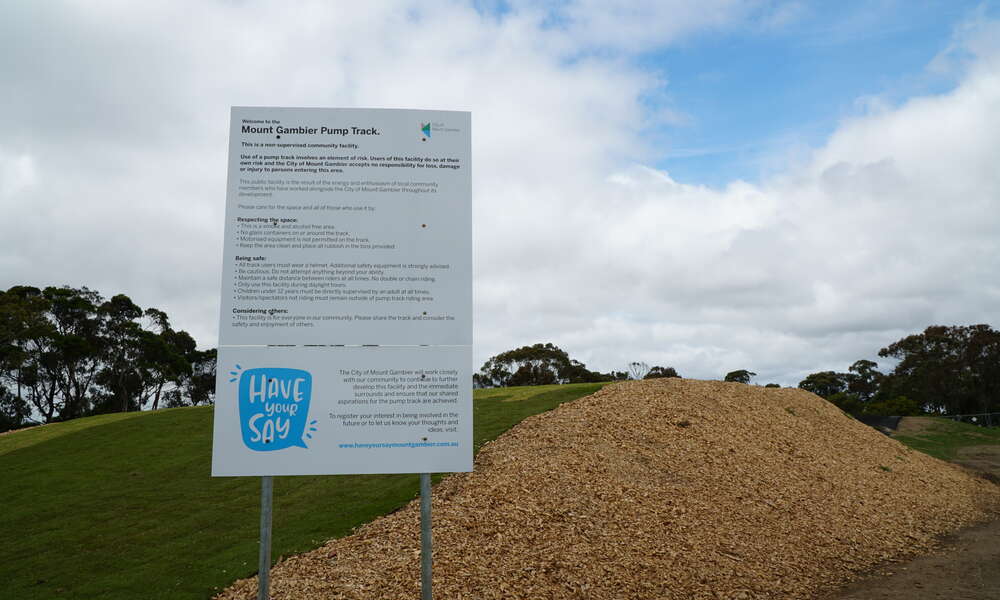 Pump Track signage
Signs have now been erected at the site outlining the guidelines and considerations for use of the space.