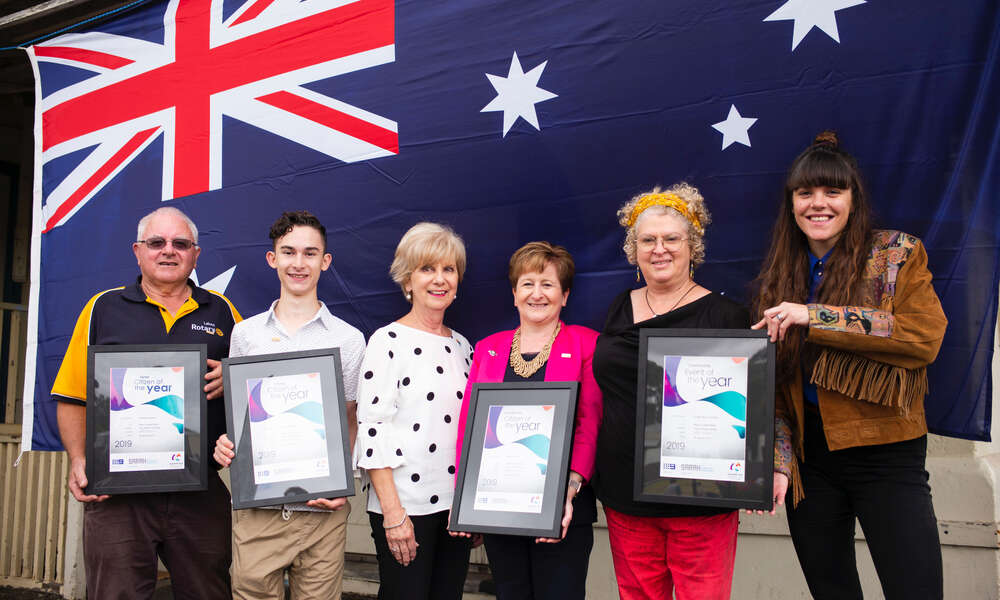 Nominations for the 2020 City of Mount Gambier Australia Day Awards are now open. The awards aim to recognise individuals or organisations that have made an outstanding contribution over the past year, or have demonstrated commitment over a number of years to our local community.

Confidential written nominations are invited for:

Nominations are being sought for outstanding contribution and community service in areas such as education, health, fundraising, charitable and voluntary services, business, sport, arts, the environment, or other areas that contribute to the advancement and wellbeing of our community.

“The Australia Day Awards are a unique opportunity to pay tribute to and recognise the valued contribution of those who continually demonstrate a commitment to our community,” City of Mount Gambier Mayor Lynette Martin OAM said.

Nomination forms and guidelines are available from the Civic Centre, Mount Gambier Library, Mount Gambier Visitor Centre and The Riddoch & Main Corner Complex or can be downloaded below.

If you know someone who selflessly goes above and beyond or who continually strives to make the community a better place, I encourage you to nominate them so we can consider giving them the recognition they deserve.
- Mayor Lynette Martin OAM

Nominations will be accepted until 5:00pm on Friday 15 November 2019 and should be marked ‘Australia Day 2020’ posted to City of Mount Gambier, PO Box 56, Mount Gambier SA 5290 or emailed to city@mountgambier.sa.gov.au

Award recipients will be recognised at the City of Mount Gambier Australia Day Breakfast to be held at the Cave Garden on Sunday 26 January 2020.

The awards are an integral part of the Mount Gambier Australia Day celebrations. The event will commence at 7:30am on Sunday 26 January 2020 and will include entertainment by local performers and breakfast cooked by Lakes Rotary Club.