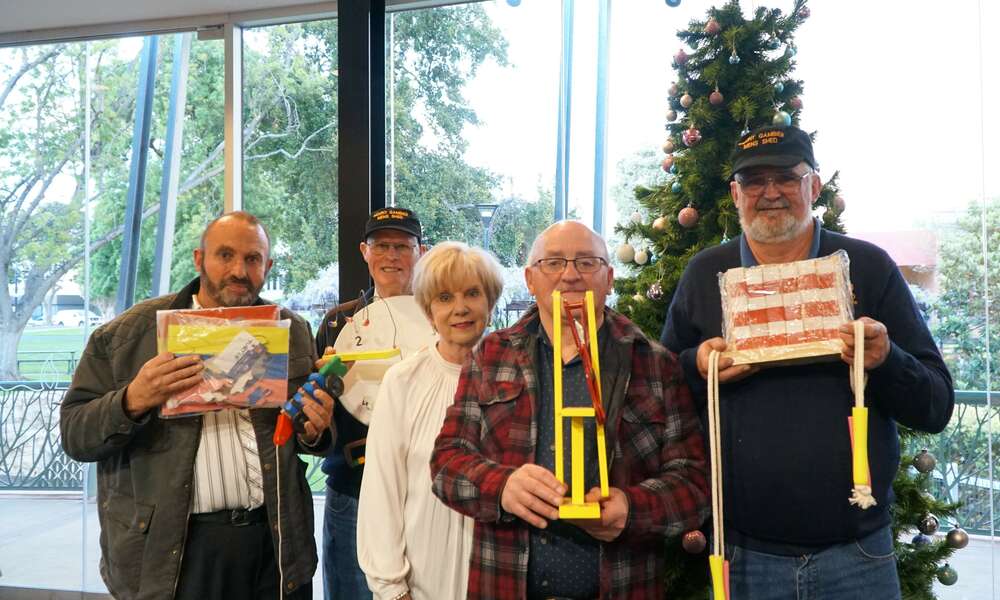 City of Mount Gambier Mayor Lynette Martin OAM officially launched the 2019 Mount Gambier Community Mayor’s Christmas Appeal on Friday evening. The event was held at the City Hall and was attended by representatives from local agencies, organisations and individuals who have made significant contributions to the appeal over the years.

Mayor Martin acknowledged the staff and volunteers from local agencies Uniting Care, St Vincent de Paul, ac care, The Salvation Army and Lifeline South East at the event, thanking them for the role they play in distributing funds raised through the community appeal.

“Not only do these agencies play an important role for our city throughout the year, they go over and above during the festive season to ensure that everyone in our community can experience the joy of Christmas,” Mayor Martin said.

In 2018 the Community Mayor’s Christmas Appeal raised a total of $29,732.10 which the Mayor attributed to the goodwill and generosity of community spirit in Mount Gambier.

The appeal supported 739 children and young people, 670 adults and 454 families last year and represents what is great about our community – our capacity to unite together to assist those in need.
- City of Mount Gambier Mayor Lynette Martin OAM

Manager of Homelessness Services at ac care, Trish Spark spoke about the real difference the appeal makes to those in need at Christmas and in particular the ways in which the appeal benefits children and families.

“It’s a time of year when kids are getting all excited but it’s not the best time of year for everybody because there are still families out there doing it tough; just because it’s Christmas it doesn’t change your situation,” Ms Spark said.

“Children hear that Santa is checking his list for those who have been naughty or nice and think ‘I’ve been good, I’m going to get presents’, but then Christmas comes and these kids get up in the morning and don’t have anything and they think things like ‘I must have been really bad, why didn’t I get anything?’"

“The effect that these things have on children is really big and Christmas is so important but without this appeal we wouldn’t be able to do what we do and we try to make sure that every child has something so that nobody is waking up on Christmas Day with nothing and so the families can have Christmas dinner,” Ms Spark said.

Representatives from Mount Gambier Men’s Shed were in attendance to speak about their donation of more than 120 handmade wooden toys that have been made throughout the year to be distributed to families in need this Christmas.

“This is a significant undertaking and is a very tangible contribution which allows the appeal to provide gifts for families with young children,” Mayor Martin said.

“Each year we manage to get better and better in making the toys and this year we’ve got jigsaw puzzles, pull along toys and rockers,” Mount Gambier Men’s Shed President Peter Heness said.

Mount Gambier Library Manager Georgina Davison was also in attendance to share a new initiative for this year’s appeal - the book drive.

“We’re partnering with Collins Booksellers who have offered to provide discount for anyone wishing to purchase a book for donation to the appeal,” Ms Davison said.

The books will then be wrapped up and displayed under a tree at the Library before being donated to the appeal for local agencies to distribute.

Local businesses, community groups, families and individuals are encouraged to support local people in need this festive season by donating to the 2019 appeal or coordinating activities to assist with the cause.

Donations to the appeal can be made through any of the following channels:

Those in need this Christmas are encouraged to seek assistance from the appeal through local agencies Uniting Care, St Vincent de Paul, ac care, The Salvation Army or Lifeline South East. 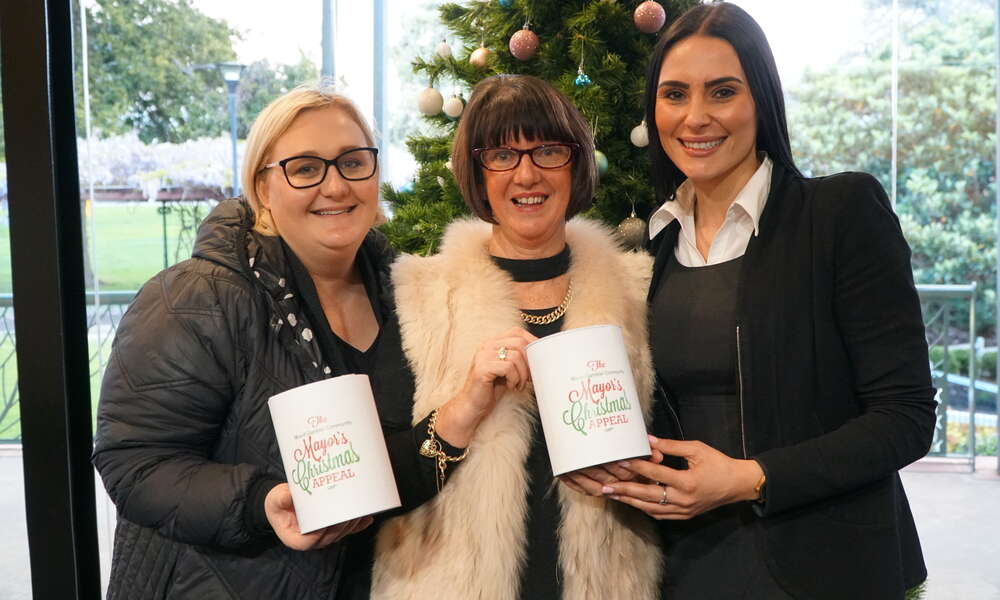