Donations to the Mount Gambier Community Mayor’s Christmas Appeal are set to eclipse the 2020 fundraising record of just over $40,000, with more than $39,000 received so far this year more than a week out from Christmas.

City of Mount Gambier Mayor Lynette Martin is thrilled by the response of local people who have chosen to put those who may be struggling this festive season front of mind.

“I have been overwhelmed and gratified by the generosity already shown by our very supportive community. It really is such a wonderful feeling to know that so many people care to make the lives of others a little better during this special time of year,” Mayor Martin said.

All funds raised as part of the appeal are distributed to local support agencies including Uniting Care, ac.care, Lifeline SE, St Vincent de Paul and The Salvation Army to provide food hampers, vouchers and gifts through the Christmas Cheer program.

The Mayor and special guest visitor Her Excellency the Honourable Frances Adamson AC met with local agencies earlier this week to see firsthand how they are managing toy and hamper distribution preparations in the lead up to Christmas. 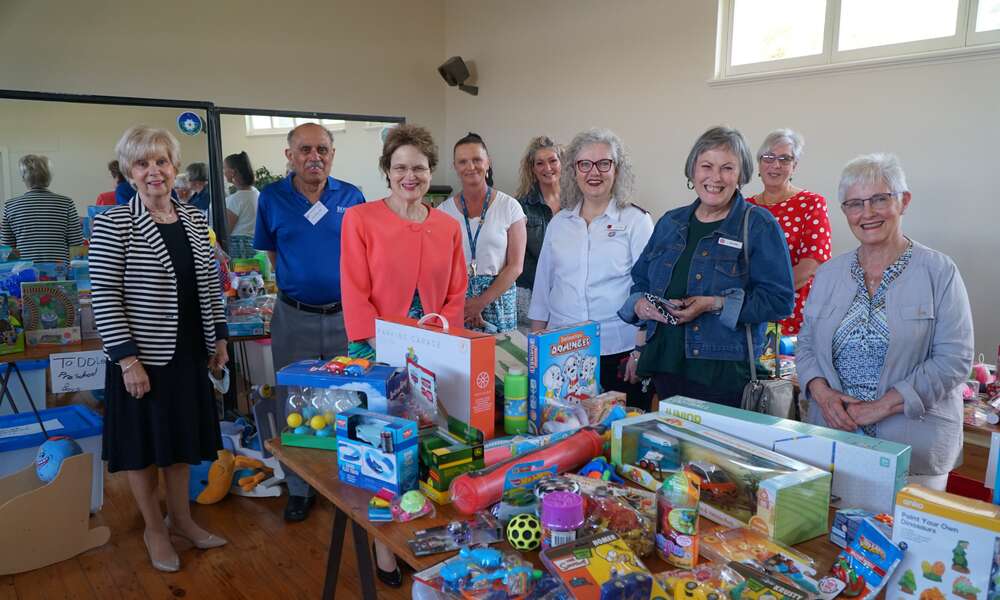 Uniting Care Christmas Appeal Coordinator Jan Stafford said volunteers had been busy wrapping gifts and arranging hampers to be distributed to those who had registered for assistance this festive season.

“We wrapped almost 100 gifts for children earlier this week and we will distribute the toys and 40 hampers on Monday 20 December 2021,” Mrs Stafford said. 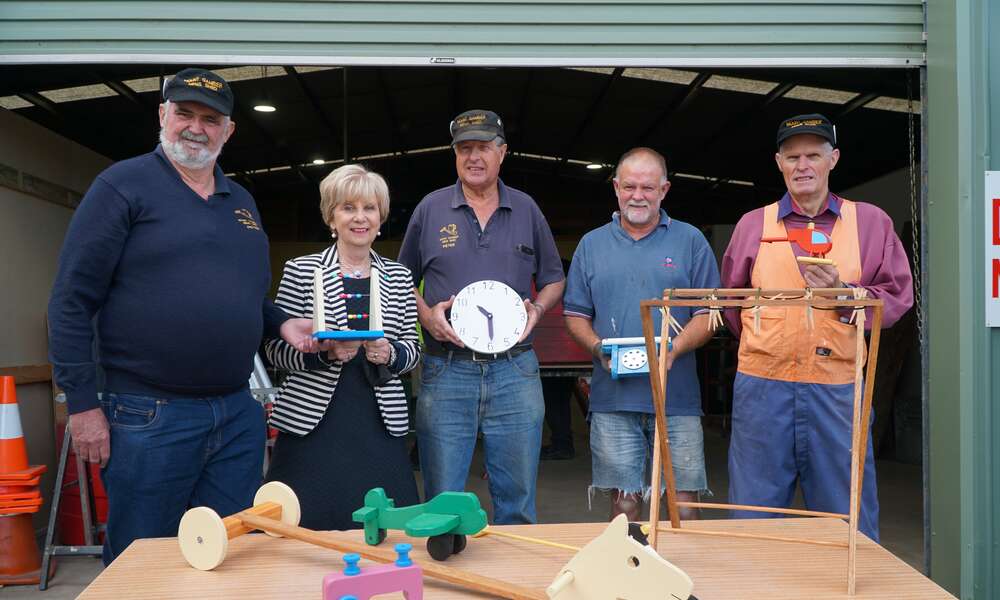 Five Men’s Shed ‘toy boys’ have been working hard throughout the year to create and paint 150 wooden toys for donation to the appeal once again in 2021.

“All five of us worked a total of about 1,560 hours to craft and paint the toys,” Ian Bond said.

“This year we’ve got a plane, a hobby horse, a push along penguin, a helicopter, a phone, a sewing machine, a clock and an abacus for our young children.”

“The smiles that the toys bring on Christmas Day is the most important thing to us, we love doing it,” Peter Heness said.

The Mayor was pleased to receive the toys for distribution as part of the appeal.

“These toys make Christmas such a happy day for children in our community that wouldn’t otherwise receive a gift and I am very grateful for the contribution,” Mayor Martin said.

‘Girls on a Mission’ - a group of young Mount Gambier girls from the age of five to 13 have been fundraising in their neighbourhood during the school holidays throughout the year.

“The girls came past my house selling lemonade earlier this year and I was only too pleased to buy some and can attest to the fact that it was delicious,” Mayor Martin said.

The girls decided to donate their profits to the Mount Gambier Community Mayor’s Christmas Appeal to help others this Christmas.

“We raised $380.65 and decided to give the money to the appeal to provide presents for other children,” Nevae said.

I am so touched that the girls decided to donate to the appeal, it is wonderful that they all gather together to raise funds and have such kind hearts to give back to those less fortunate in the community. - Mayor Martin 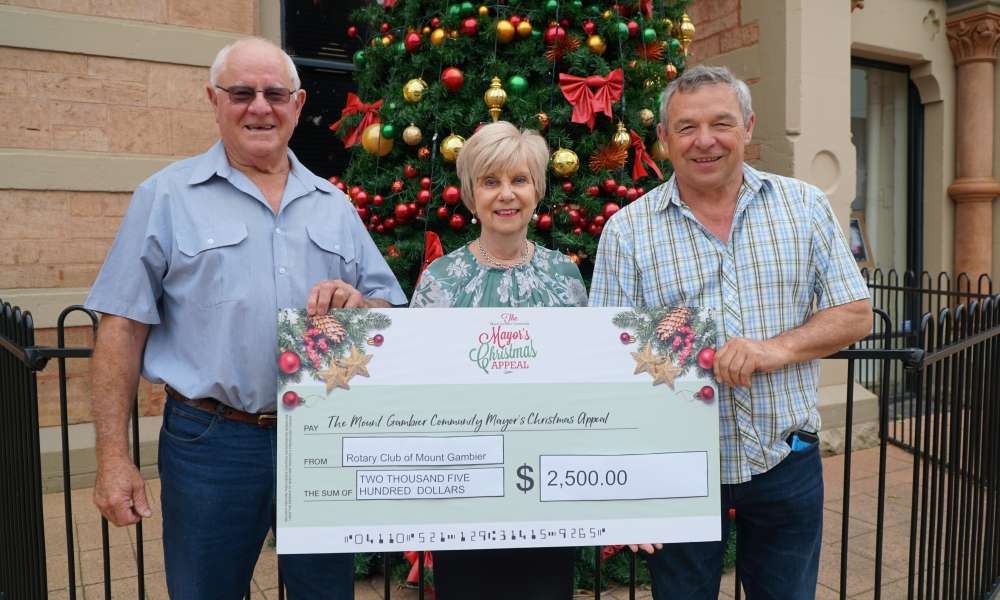 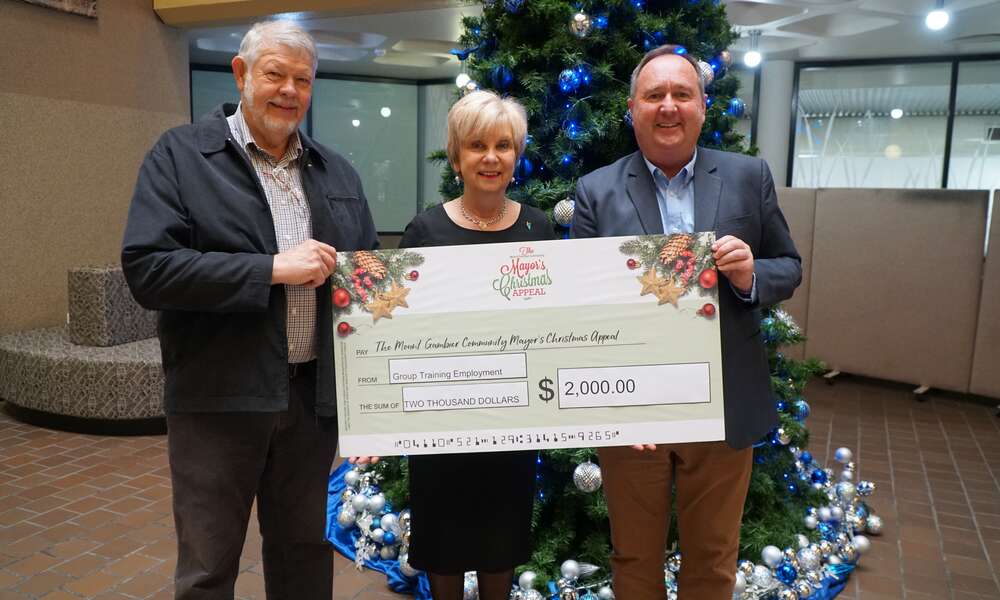 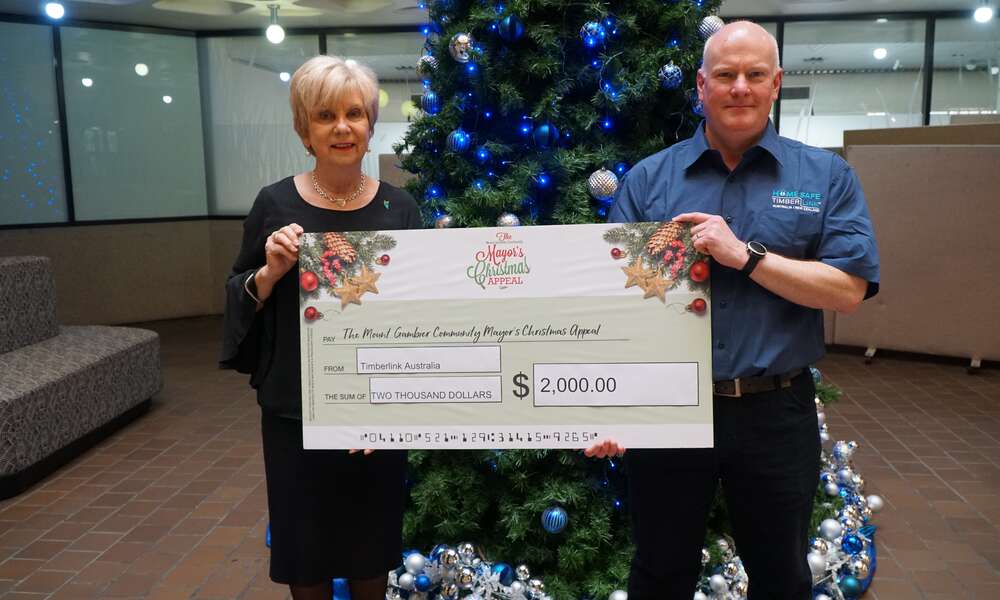 It is not too late to donate to the appeal. All funds raised are distributed within the local area.

Donations can be made through the following channels:

“I appreciate that it has been a challenging year for many people, therefore if you are able, please support the appeal with whatever donation you can afford. A donation of just $50 can provide a Christmas hamper for an entire family and make a big difference on Christmas day.”