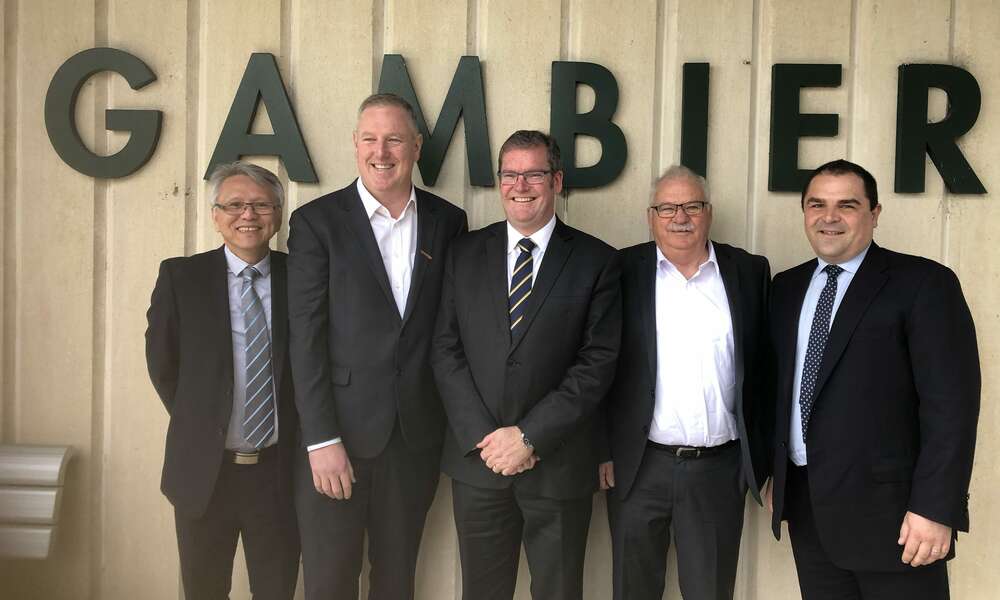 Federal Minister for Regional Development, Territories and Local Government Hon Dr John McVeigh MP made the major announcement at the Mount Gambier Airport this morning. It follows extensive lobbying from Member for Barker Tony Pasin and a meeting with stakeholders and community leaders about the economic and social benefits the airport upgrade will provide business, industry and the wider Limestone Coast community last week.

“This is fantastic news for our community, the airport upgrade is expected to include civil reconstruction to the runway, taxiway, apron and lighting and result in a refurbished terminal,” City of Mount Gambier Mayor Andrew Lee said.

At a special meeting of Council held in December 2017, City of Mount Gambier Elected Members resolved to support the District Council of Grant’s application for Federal funds for the Mount Gambier Airport Redevelopment Project.

“This project is of critical importance to regional passengers and freight and provides proper recognition that Mount Gambier is the second largest city in South Australia. We look forward to working with District Council of Grant to progress the project for the benefit of the entire region,” Mayor Lee said.