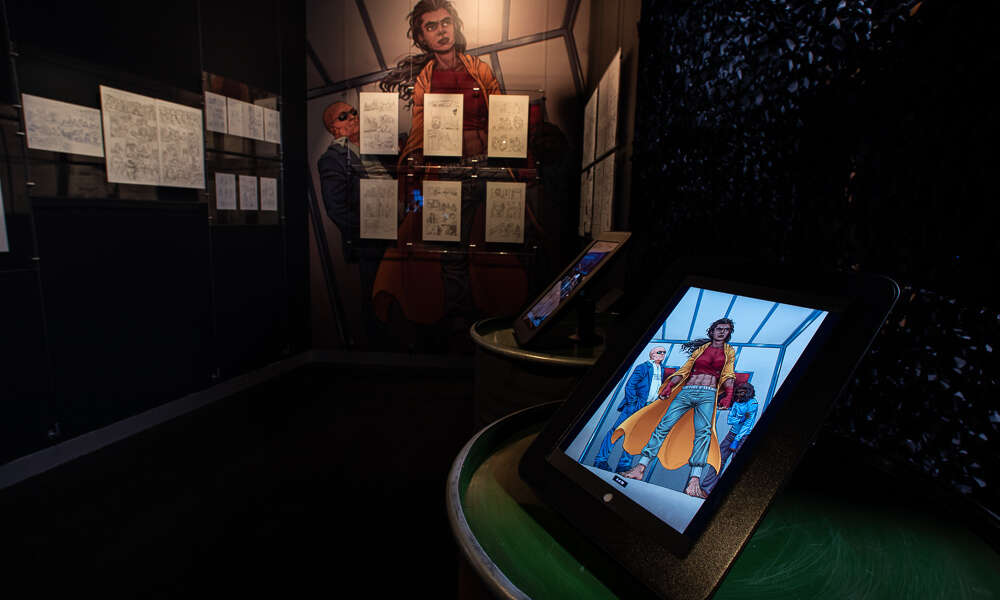 Cleverman (1)
Cleverman will be on display in Kings Floor from Sunday 15 March until Tuesday 5 May 2020 and will include props, costumes and make up from the series, designs by Weta Workshop and artwork from the original comic book series.

Officially launching as part of the Mount Gambier Fringe Festival on Friday 20 March 2020 at 6:00pm, the exhibition will be on display in Kings Floor from Sunday 15 March until Tuesday 5 May 2020 and will include props, costumes and makeup from the series, designs by Weta Workshop and artwork from the original comic book series.

It is a visually stunning exhibition that will appeal to multiple generations, from sci-fi and comic lovers to historians and writers and general fans of television.
- The Riddoch and Main Corner Coordinator Talie Teakle

“It is also a very digital exhibition with various forms of media being used, which is a strong direction we are keen to continue exploring with our exhibitions at the Riddoch,” Ms Teakle said.

With predominantly Indigenous cast and senior crew, the series explores a number of Aboriginal origin stories in a modern context touching on themes of class, racism and power.

“Over the past decade ACMI has been curating and touring exhibitions across Australia that celebrate extraordinary Australian screen practice and practitioners,” ACMI Director and CEO Katrina Sedgwick OAM said.

Exploring First Nations storytelling, language and creativity in production design, costumes and props the exhibition invites audiences to listen and immerse themselves in a contemporary expression of origin stories.

“We jumped at the opportunity to collaborate with series creator Ryan Griffen to create an exhibition that takes people behind-the-scenes to explore the storytelling and superb screen craft that delivered this remarkable Indigenous Australian TV series,” Ms Sedgwick said.

This project has been assisted by the Australian Government’s Visions of Australia program.