More than 300 people converged on AF Sutton Memorial Park on O’Connor Drive this afternoon for a Community Fun Day for the surrounding neighbourhood. The initiative follows a series of City of Mount Gambier engagement activities to learn more about the community living in the area.

The free community event provided entertainment and activities for the entire neighbourhood to enjoy.

The event was a great success with hundreds of people participating in activities such as mural painting, a pop-up library, giant games, robotics, virtual reality, billy carts, a lego challenge, laser tag and a golf simulator, all while enjoying live music and a free barbecue.
- City of Mount Gambier Community Wellbeing General Manager Barbara Cernovskis.

Aligned with objectives outlined in the Youth Engagement Strategy and Cultural and Heritage plan, engagement activities leading up to the event included door knocking to find out what is important to the community, on-site discussions with park visitors and surveys.

“Council is interested in learning more about this neighbourhood, particularly what’s great about the streets surrounding the park, the community in general and what could be done to potentially make it even better,” Ms Cernovskis said.

“Locals were encouraged to share their opinions in an electronic survey on the Have Your Say Mount Gambier website. Post-paid postcards were also delivered to each individual household with a series of questions about the park and neighbourhood.”

Council has recently made several improvements to the park following community feedback as part of the engagement process.

“Work has included the refurbishment of the toilet facilities and the installation of security lighting, picnic tables, drinking fountains and additional rubbish bins at the park.” 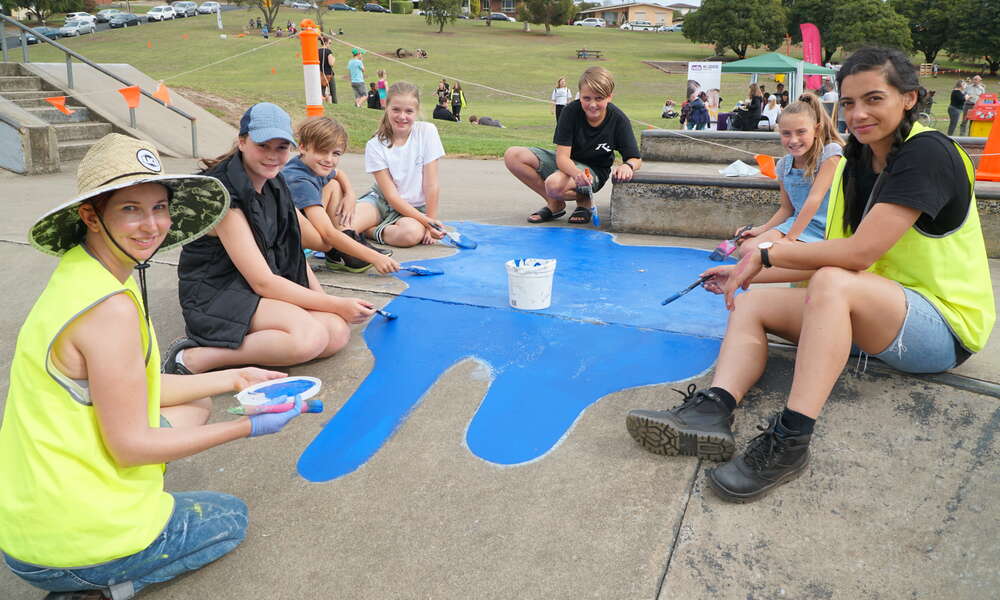 Local artists, youth and community members are working on a climate change themed mural at the skate park on site at AF Sutton Memorial Park following consultation with the local community.

During the initial stages of community consultation in the local area, feedback from skate park users highlighted the gradual increase in graffiti appearing in and around the skate park.

“Users of the space expressed their disappointment in the presentation of the skate park, noting that it reflected poorly on the image of skateboarding in Mount Gambier,” Ms Cernovskis said.

“They believed that a new artwork, much like the watermelon bowl at Dimjalla Park, would rekindle a sense of pride and community ownership over the space.”

In early March 2019, Council called for expressions of interest from local artists to develop a mural at the site in consultation with skaters and other park users. Local artists April Hague and Charlene Riley were engaged to work with Council and youth to come up with a concept plan.

“More than 30 local residents including skaters, BMX and scooter riders of all ages took part in a workshop with Council and the artists on site on Saturday 30 March 2019 to help guide the development of a plan for the mural,” Ms Cernovskis said.

“We both really enjoyed the consultation day, it was great to meet the regular users of the space and have a chat about what they would like to see there and just get a feel for the culture there,” artist April Hague said.

The vibrant design will feature food items melting into the skate bowl, the earth and a representation of rising sea levels and climate change, appealing to a wide demographic.

“The kids were really excited about Council’s plans and had really interesting ideas to contribute on the day.”

Work on the mural commenced on Sunday 14 April 2019 and will continue throughout the week.

Skate park users and the surrounding community played a hands-on role in the delivery of the artwork and helped to complete a section of the mural this afternoon.
- Barbara Cernovskis

“It is hoped that this collaboration helps to increase the longevity of the artwork and ensures that the mural has a strong connection to those who regularly use the site.” 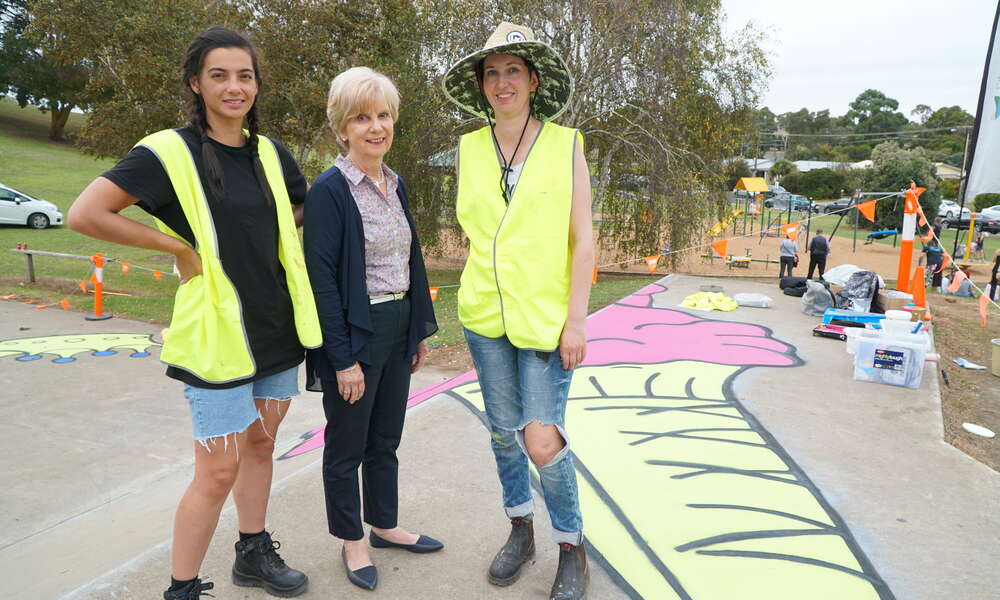