50 Mount Gambier residents were conferred as Australian citizens at a special Citizenship Ceremony hosted by City of Mount Gambier at the Sir Robert Helpmann Theatre on Australia Day 26 January 2021. 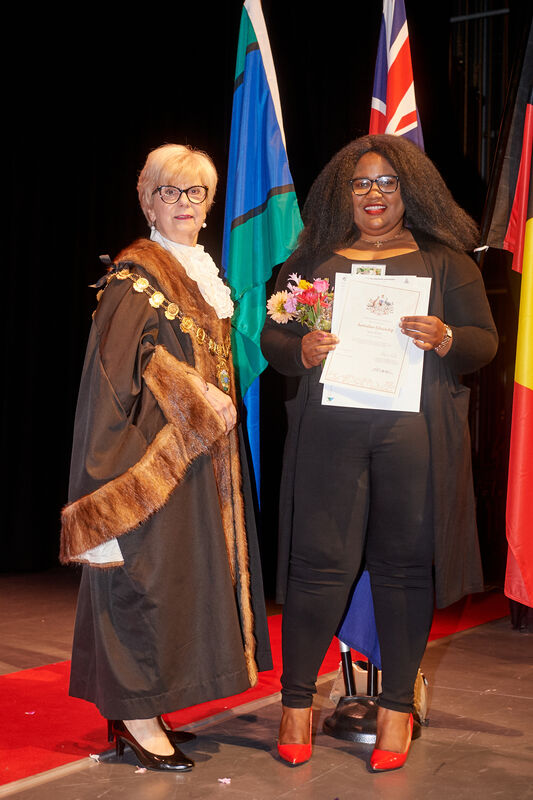 Salima Mossi moved from the Democratic Republic of the Congo to Mount Gambier in 2016 and said it was the best decision she has ever made.

“Australian citizenship is very important to me as Australia has been my home for the past eight years. It gave me hope again, changed my life and story and I’m forever grateful for this great opportunity,” Salima said.

I’m so excited and emotional, today is the best day of my life and it is an honour becoming a citizen of a great country like Australia.
- Salima Mossi 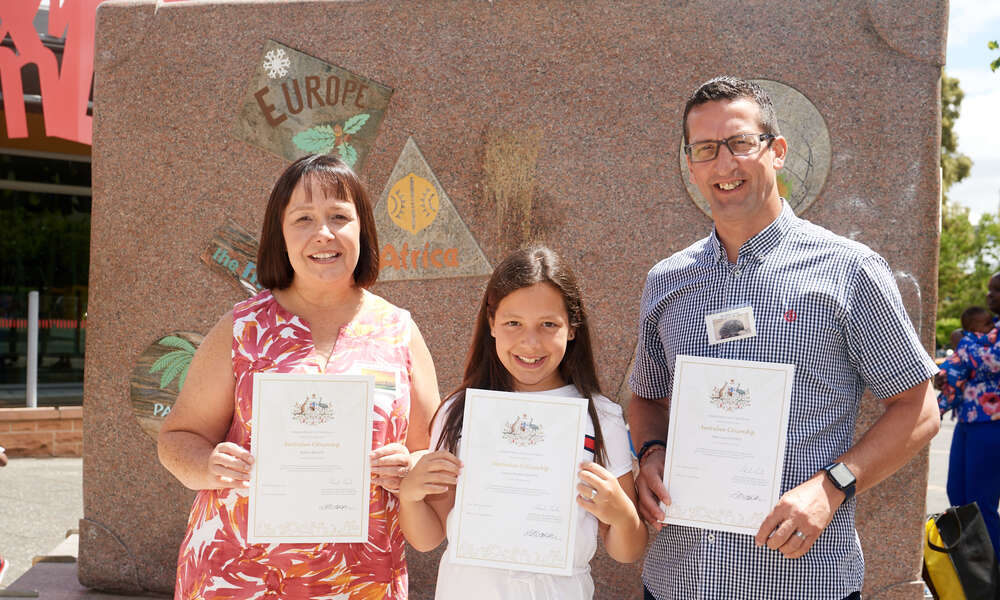 Pauline Beach and Adam Jones moved from the United Kingdom to Mount Gambier with their daughter Lauren in 2014 for a two-year work contract.

“We intended to fulfill the contract and then move to a city, but the community feel is what made us stay, it’s a great, safe place to raise our daughter,” Pauline said.

Since I was a little girl I wanted to visit Australia as my Aunty emigrated as a ‘ten pound pom’ before I was born. I never really thought I would, but here I am now a citizen.- Pauline Beach

“I love the community spirit of Mount Gambier, everyone looks out for each other and are so friendly,” Adam said.

Soroptimist International of Mount Gambier provided a gift to each of the conferees who received Australian Citizenship at the ceremony.