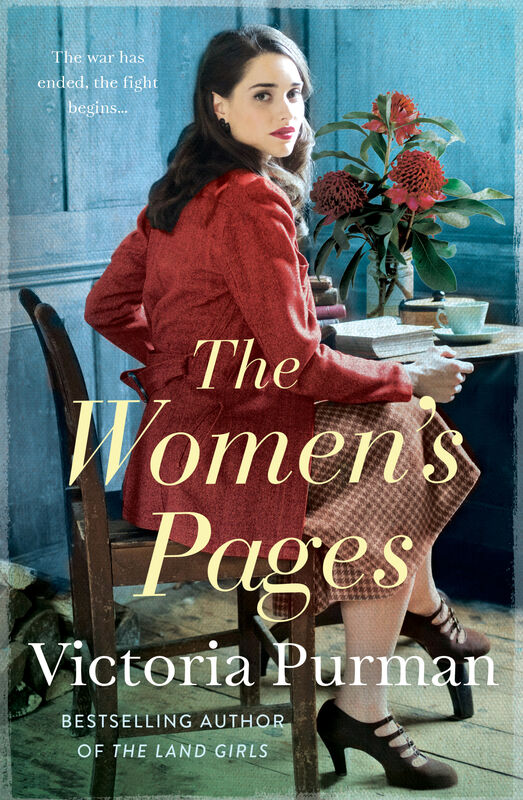 Mount Gambier Library will host author Victoria Purman to celebrate her latest release The Women’s Pages on Thursday 17 September 2020 at 7:00pm. Hailed as the master of Australian fiction, Victoria will discuss her latest book based on real experiences of post-war Australian women at the event to be held in the Dress Circle at The Riddoch Arts and Cultural Centre.

We look forward to hosting Victoria in Mount Gambier – her books have this great ability to intertwine hard researched facts with likable characters and storylines that tug at your heart.
- Mount Gambier Library Manager Georgina Davison

The Women’s Pages was inspired by chance conversations of real encounters and memories from those who know what really happened after the war, both for those who fought and for those who were left behind.

“In many towns around Australia, when the men went off to war, the women were left to pick up all the jobs to keep Australia fed,” Ms Purman said.

“But when the war was over, so were the jobs and the freedom of tens of thousands of Australian women.”

Taking readers back to Sydney in 1945, the book follows the life of war correspondent Tilly Galloway.

“With the servicemen returning to post-war life, like many women, Tilly was forced to hang up her uniform and enter into a new career where she began working on the women’s pages of her newspaper – the only job available for her – where she struggled to write advice on fashion and make up.”

“Meanwhile, Tilly’s best friend is struggling to cope with the stranger that her own husband has become since returning from Changi as a broken man.”

The Women’s Pages is a tribute to Australian history, researched using a collection of sources including TROVE (online digitised resource), newspaper articles and interviews from those on the ground who form the foundations of the characters featured in the book.

“What I found so fascinating was discovering the true stories of this era and The Women’s Pages is a story that many people can relate to in one way or another,” Ms Purman said.

The author event is free, however numbers are limited due to COVID-19 restrictions. To book, phone Mount Gambier Library on 8721 2540 or online at www.mountgambier.com.au/library