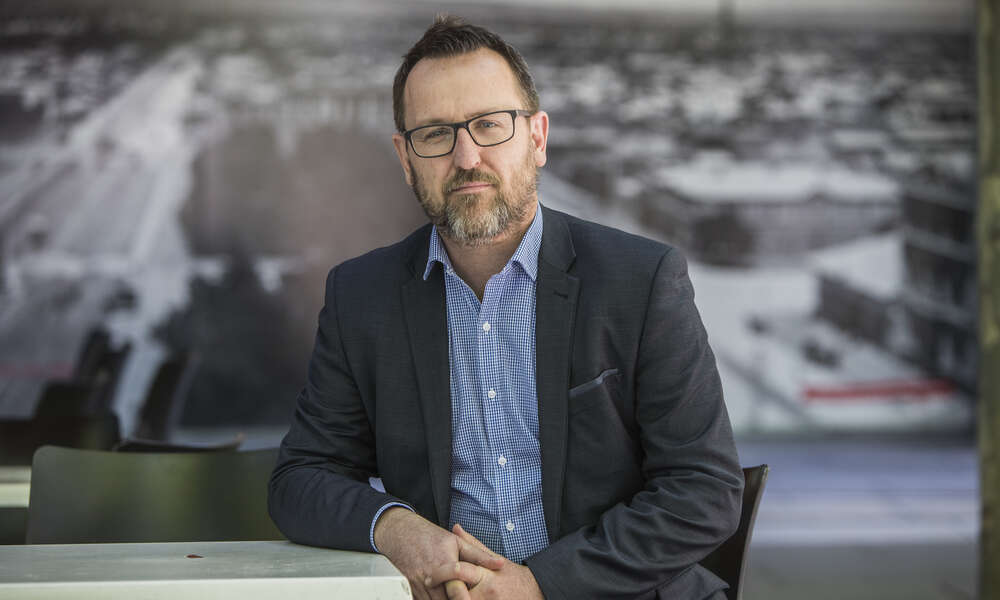 Award winning journalist and political advisor Michael McGuire will be at the Mount Gambier Library on Monday 15 July at 7:00pm to speak about his new novel ‘Flight Risk’, a heart stopping airline thriller inspired by the disappearance of Malaysia Airlines flight MH370.

Michael McGuire has had a longstanding career in politics and journalism, having written for The Australian in Sydney for 20 years and The Advertiser in Adelaide. He has had stints as a political adviser in State and Federal politics and now largely reports on issues of cyber crime and cyber security.

Like Mr McGuire’s first novel ‘Never a True Word’, was a satire about politics, ‘Flight Risk’ also draws on his professional experience but in a new and exciting way resulting in a story that feels like it has been snatched straight from today’s headlines.
- Team Leader Library Programs Kristi Leamey

The ‘Flight Risk’ story line is featured around the character of a disgraced former pilot named Ted Anderson who then becomes a spy for a top-secret Australian Government agency.

“Ted Anderson is a great, well-rounded main character – a lone-wolf-type guy who is jaded and cynical and quite arrogant but his grief and guilt over his treatment of his now-deceased wife and estranged daughter gives him a more emotional side that readers will find appealing,” Ms Leamey said.

“With the novel being such an action-packed ride from start to finish, it will have enormous appeal to a very wide audience.”

‘Flight Risk’ has been endorsed by some of Australia’s most talented thriller writers. Jack Heath, author of crime thriller novel ‘Hangman’ says 'this is one mystery that will keep you guessing from take-off until touchdown. You'll never board another plane without thinking of this book.’

This is a free community event with books available for sale on the night.