Catchment area to be drained to eradicate pest fish 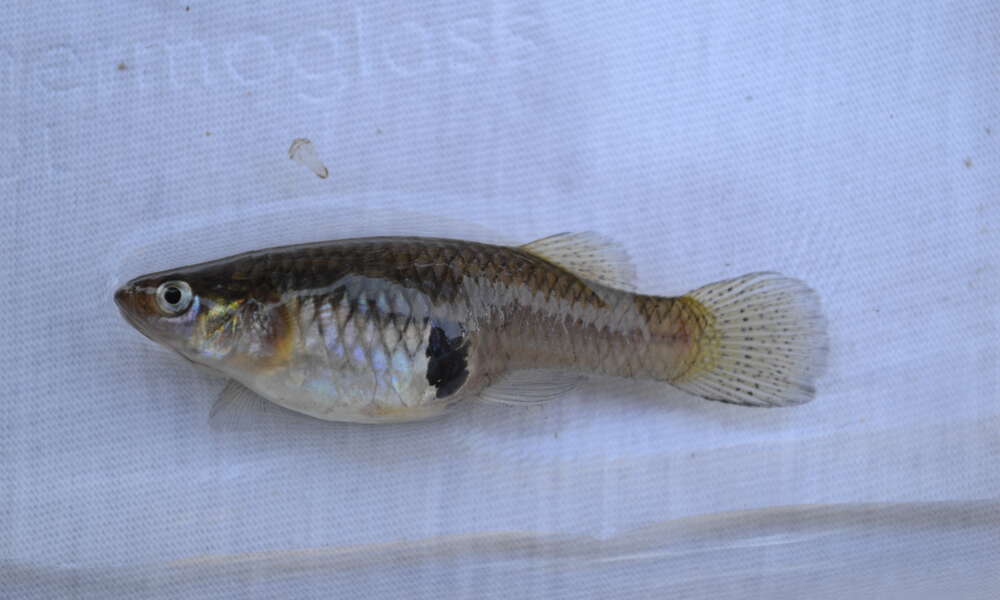 Gambusia
Council and Natural Resources South East are encouraging the community to be mindful of the Gambusia species and help prevent the spread of the pest.

The large water catchment area at the Mount Gambier Railway Lands will be drained on Thursday 7 November 2019 as City of Mount Gambier work with staff from Natural Resources South East and the University of Tasmania to attempt to eradicate an invasive fish species called Gambusia.

In April 2017 200 Southern Pygmy Perch (Nannoperca australis) from Pick Swamp at Piccaninnie Ponds Conservation Park were translocated to the catchment area at the Railway Lands. The project aimed to take a sterile pond and make it function as a native ecological system, however in October 2018 the Gambusia species was discovered in the water body.

Pygmy Perch is a protected species of fish and unfortunately the Gambusia threaten the survival of the Pygmy Perch in the ponds through competition and harassment.
- City of Mount Gambier Environmental Sustainability Officer Aaron Izzard

“Gambusia breed in huge numbers - one million fish can result from a single pregnant female and her offspring over one breeding season so it’s important we work quickly to eradicate the pest species before the breeding season commences.”

In light of the invasion Council and Natural Resources South East are encouraging the community to be mindful of the species and help prevent the spread of Gambusia.

“We don’t know how the Gambusia got into the Railway Lands catchment area however we ask the community to help minimise the spread by cleaning and drying all fishing and boating gear before leaving your fishing spot as they can survive in a handful of water for up to a week,” Mr Izzard said.

The community is advised not to move Gambusia, native fish, mud, water or aquatic plants from one area to another and learn to identify Gambusia and report any possible sightings to Natural Resources South East on (08) 8735 1177.

“The invasion of Gambusia is a perfect example of why people shouldn’t move aquatic creatures or plants from one place to another,” Mr Izzard said.