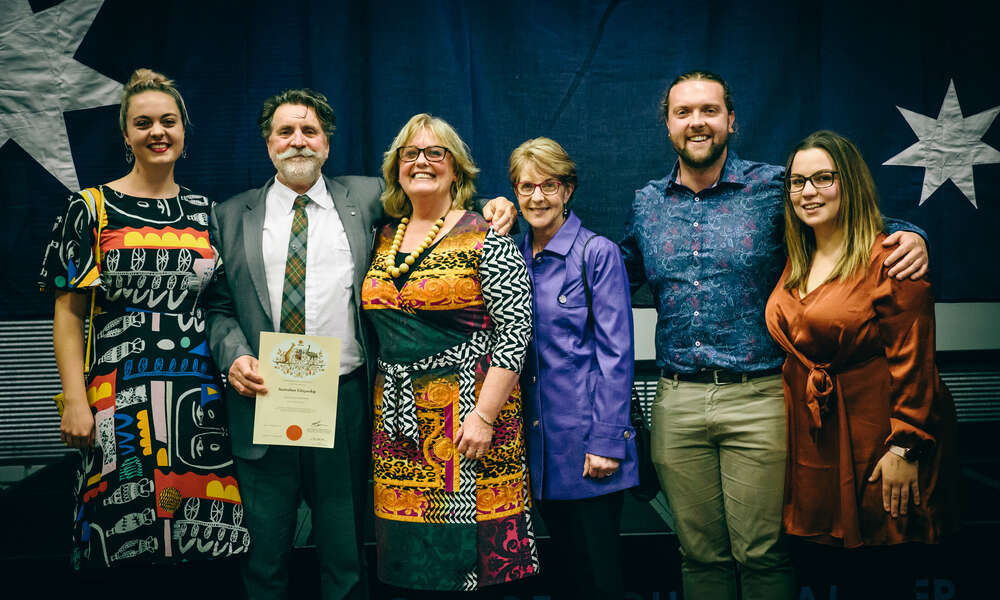 Keith Bateman and family
Keith Bateman (second from left) was joined by his family as he received Australian citizenship having lived in Australia for more than 60 years.

27 Mount Gambier residents were recently conferred as Australian citizens at a Citizenship Ceremony hosted by City of Mount Gambier at City Hall. Originating from the United Kingdom, China, Ireland, Philippines, India, New Zealand, South Africa, Mexico, Pakistan and Hong Kong candidates pledged their loyalty and commitment to Australia in the presence of family and friends.

The ceremony was officiated by Mayor of Mount Gambier Lynette Martin OAM and was attended by Councillors and Member for Mount Gambier Troy Bell MP and Member for Barker Tony Pasin MP who read a welcome message on behalf of Minister for Immigration, Citizenship, Migrant Services and Multicultural Affairs The Hon David Coleman MP.

Year 3 and 4 students from McDonald Park Primary School were also present at the ceremony to perform the Australian National Anthem.

Originally from England, Keith Bateman expressed his gratitude for being officially recognised as a citizen having lived in Australia for more than 60 years.

I feel greatly honoured but humbled to be one of many to have gained citizenship, each individual has their own journey and stories of how we got to be here but we’re all here from diverse origins sharing in the ceremony together.
- New Australian citizen Keith Bateman

“My family immigrated to Australia in the 1950’s because my parents decided to give themselves and their children a better standard of life than what post-war England could offer them.”

“I have more than fulfilled their dreams of a fortunate life and for that I am so proud of them for having the desire and vision to come to Australia,” Mr Bateman said.

“What I like most about living here is being so close to my daughter and living in a clean and safe city with friendly people, I also enjoy the beauty of Mount Gambier,” Ms Van Der Veen said.

“The ceremony was very moving and now means that I have a country to be part of and proud of.”

Former UK citizen Richard Crook moved to Mount Gambier in December 2018 and enjoys the activities available in the city and the kindness of the community.

“Becoming an Australian citizen is important to me to show I have commitment in the country and a real sense of belonging,” Mr Crook said.

“With the consent of my grown up children I gave up my life in the UK to follow the dream of living in Australia.”

“After living in Western Australia for two years I drove along the Nullabor and travelled to Tasmania before arriving in Mount Gambier in 2018 where my friends helped me set up home.”

Muhammad Rizwan of Pakistan was one of the younger members of the group to receive Citizenship and celebrated his 5th birthday at the ceremony with his parents and sister who were also awarded citizenship on the night.

The next City of Mount Gambier Citizenship Ceremony is set to take place on 26 January 2020 (Australia Day). 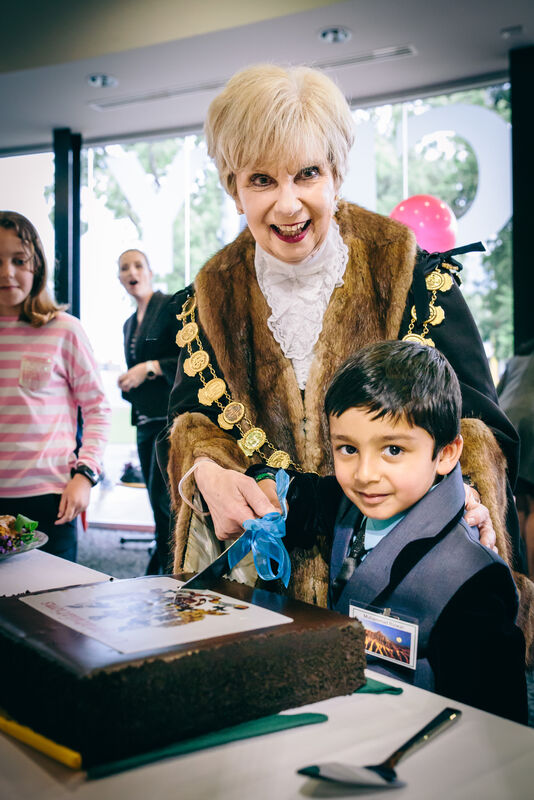