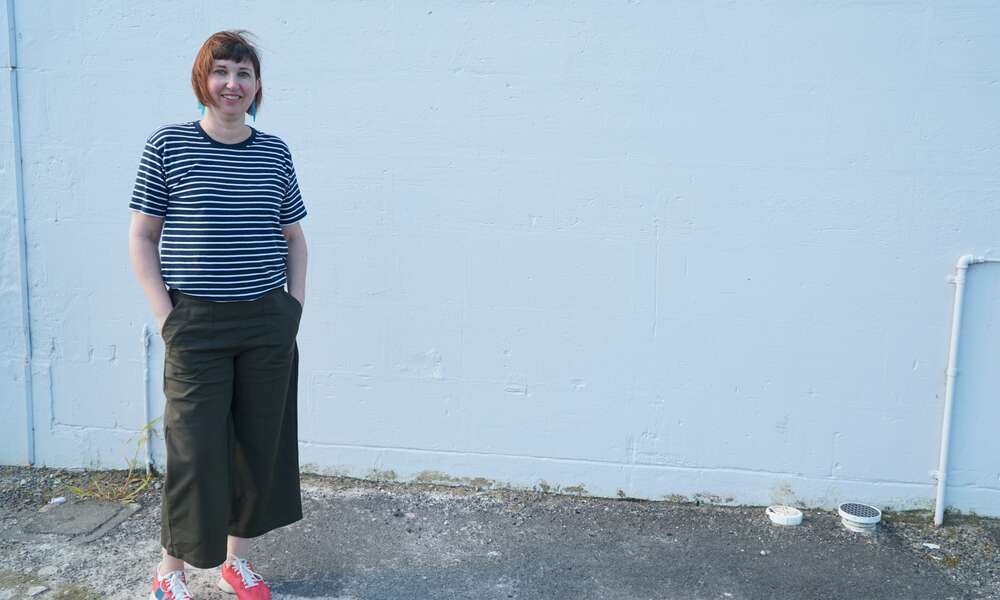 April Hague 1
Artist April Hague stands next to the blank wall on Heriot Street that will be transformed with 10 portraits as part of ‘The Portrait Project’ by the middle of next year.

Council is committed to ‘delivering a city brought to life with public art’ through the annual Creative Arts Fund which is available following successful application, to local artists, not-for-profit organisations and community groups to support the delivery of vibrant, creative and contemporary projects.

“Council received 12 submissions this year and it was difficult for the selection panel to choose the final four,” Riddoch Arts and Cultural Development Officer Serena Wong said.

“Ultimately the panel chose creative projects that were very different and will make a positive contribution to Mount Gambier in alignment with the City of Mount Gambier Strategic Plan 2020 - 2024, Culture and Heritage Plan and Public Art Strategy.”

“Over a six-month period the artists will share their ideas, skills and knowledge through structured workshops, culminating in the creation of a multi-modal public art work. Reproductions of their paintings, and QR code technology will be brought together to form a semi-permanent 2D installation with a focus on storytelling,” Ms Wong said.

Seeing new public artwork pop up around Mount Gambier is exciting, and the way that it draws people in from further afield is wonderful for our recognition as a thriving and vibrant artistic destination. Working on this type of public project is also fantastic for our own skill development as artists and in building on our own experience of course, and we are thrilled to be able to showcase our abilities on this large stage, and provide a service to our local community. – Artist April Hague

Return is a multi-stage film project with the opportunity for national exposure for Mount Gambier.

“This project will focus on themes of place, community, virtue, memory, and imagination. It will involve a residency for research and development, the creation of a moving image/artist film in and around the Mount Gambier area, and an interstate and local presentation,” Ms Wong said.

Mount Gambier Theatre Group will produce a work of live art that depicts scenes from Alice in Wonderland.

“Actors will dress in character and sit among the various sets. The general public will have the opportunity to meet the beloved characters and enter the scenes themselves.”

The Railway Lands Interactive will provide mobile phone users with the opportunity to uncover virtual animations displayed as augmented reality in the public space through the EyeJack application.

“The animations proposed include a moving train, an artwork that merges into a series of artworks including sound effects and an animation on the existing railway track sculpture, the crossing and the auditorium.”

“You will see these artworks coming to life throughout the city late this year through to next year, so watch out for them.”

The grant funds are awarded subject to all necessary land holder and development approvals being obtained; and all works being completed in accordance with all relevant legislative and compliance standards.