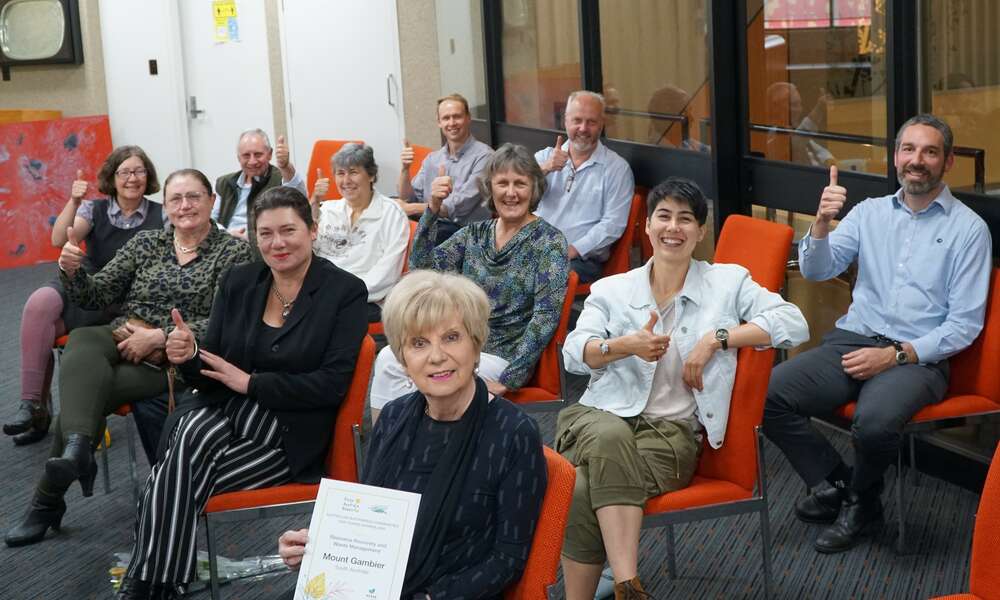 Running nationally since 1990, the Australian Sustainable Communities Tidy Towns Awards have evolved to encompass projects and initiatives with a focus on environmental sustainability and resource management to reflect a growing awareness of the importance of community-led environmental action.

“The annual ‘Recycled Runway’ event and the newly established second-hand market give the community an opportunity to breathe new life into used items, diverting them from landfill,” explained Ms Langley.

“Additional waste reduction efforts such as diverting food waste from landfill and the development of education programs for schools and the community, empowers Mount Gambier residents to make well informed choices in their endeavour to reduce waste.”

The award ceremony was set to take place in Alice Springs, however due to COVID-19 the event was conducted via Zoom with community representatives invited to attend a socially distanced event at the Mayor’s Reception Area in the Civic Centre.

The awards set out to acknowledge the hard work undertaken by individuals and groups in rural and regional communities and share the best practices and ideas to improve towns and cities around Australia with nine category awards followed by an overall national winner.

“Entrants in the Sustainable Communities Tidy Towns competition, who are largely volunteers, are some of the most dedicated and passionate people we are fortunate enough to be involved with,” Ms Southam said.

“Every year, we are inspired by the high calibre of entries demonstrating enormous community pride and environmental action. This year, under such challenging circumstances, this dedication, community spirit and commitment truly shone through.”

The initiatives that formed Mount Gambier’s submission include: 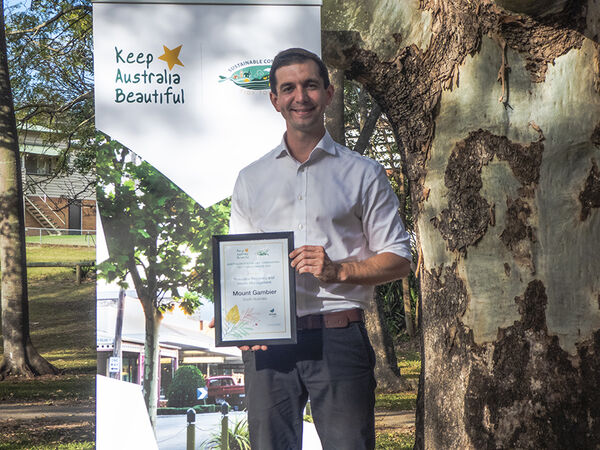