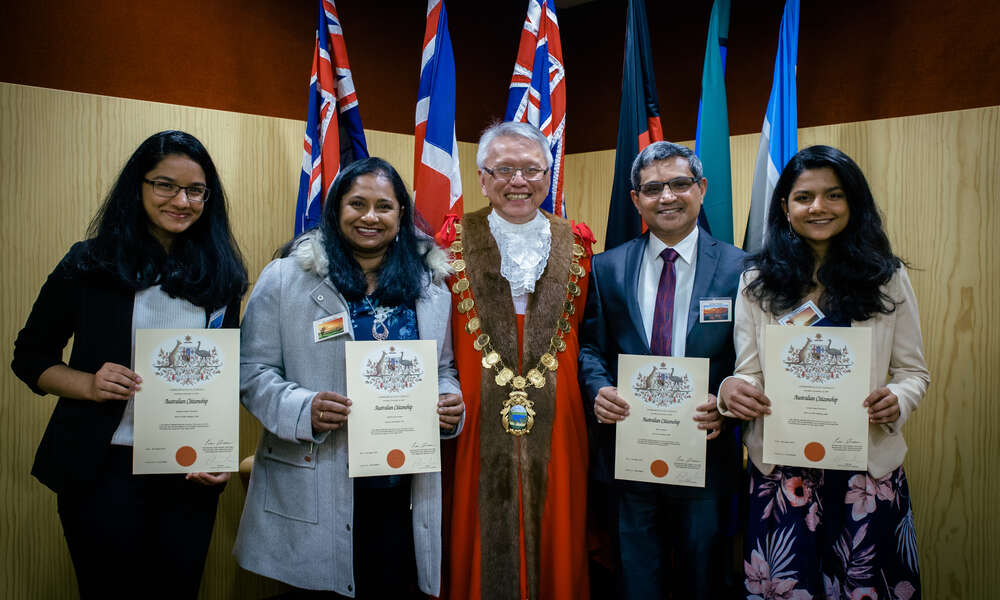 The Thomas family are the latest members of the Mount Gambier community to become Australian citizens following a citizenship ceremony held on Thursday 2 August at the Council chambers.

Conducting citizenship ceremonies is one of the highlights of my duties as Mayor, it is quite moving to see the joy on the faces of those who make the Pledge of Commitment as the final step on their journey to become an Australian citizen.
- Mayor Andrew Lee

Soroptimist Mount Gambier were also in attendance continuting their tradition of presenting candidates with a gift to welcome them as new Australian citizens.

“I feel very honoured to welcome our new citizens as formal members of the Australian community and as members of our local community,” Mayor Lee said.