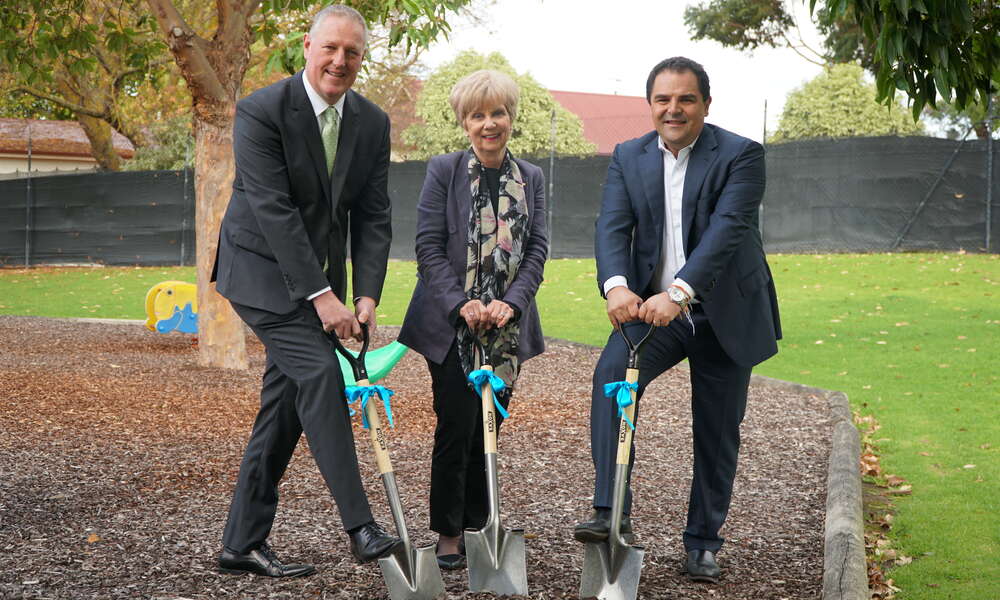 The first sod was turned at the Mount Gambier Aquatic Centre this afternoon to mark the official commencement of the $39.1 million Mount Gambier Community and Recreation Hub project.

It follows a $15 million capital Australian Government funding agreement for the project under the Regional Growth Fund (RGF) formalised on 1 April 2019 and $10 million from the State Government RGF confirmed on 18 April 2019.

“It recognises the hard work and support shown by many stakeholders to get to this point including the present and former Council, staff, the Federal Member for Barker Tony Pasin and the Community Reference Group (CRG).”

The Australian Government funding was conditional on majority community support for the project, as indicated by the elector survey undertaken in late 2018 which returned an overwhelming 71.6 per cent ‘yes’ response to move ahead with the project from a total of 8,722 survey returns.

“The work continues from here behind the scenes to deliver the largest infrastructure project Council has ever undertaken to our community by the end of 2021,” Mayor Martin said.

The Community and Recreation Hub will be designed as a multi-purpose community space, with facilities and activities for all ages and abilities including children, families, youth, community groups, recreational and organised sports and those with special needs.

The intermediate design provides for:

In consultation with Council, Architects DesignInc and Co-Op Studio have provided a preliminary project plan outlining timelines for the next stage of the project.

“Council is working with the design team to establish the draft implementation plan as a work in progress which will be further refined as we move forward.”

“You won’t physically see works happening on site for a few months, but there is a lot going on in the background including development approvals, the commencement of soil and water testing and the timber feasibility study.”

For further information about the project, visit https://www.haveyoursaymountgambier.com.au/CaRH 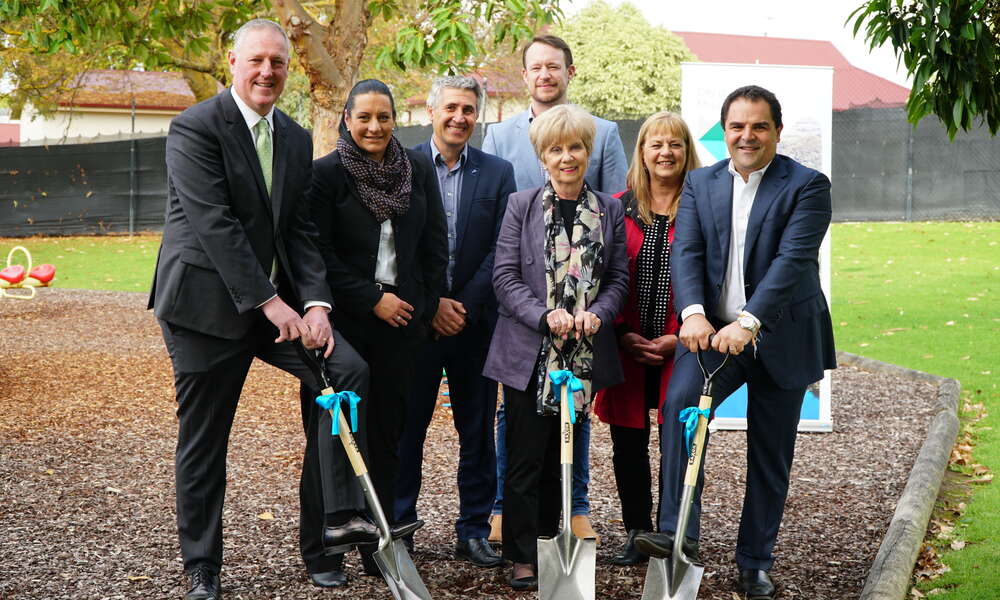