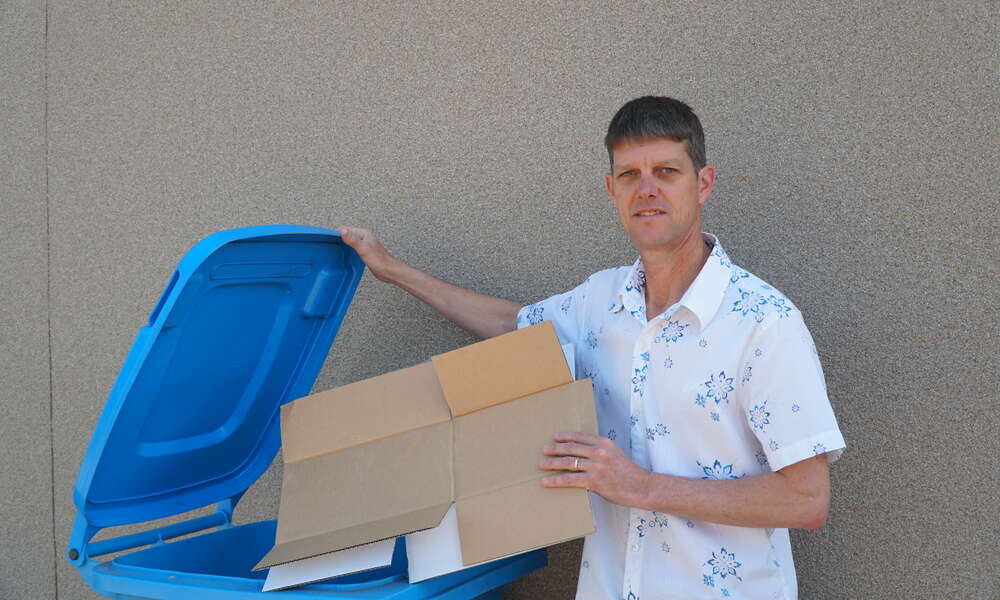 Nick Serle
General Manager City Infrastructure Nick Serle encourages the community to continue using kerbside recycling bins for cardboard despite a recent decline in the market value for the material.

Residents should continue to put cardboard and paper in kerbside recycling bins despite a recent decline in the market value for the material. There will be no changes to the service at this time despite a recent decision by Green Triangle Recyclers to introduce a charge for accepting cardboard via their Eucalypt Drive facility.

“The market value of cardboard has plummeted in recent weeks to the point that it is not covering the contractor's cost of processing and transportation and as a result the business feels it can no longer take it free of charge at their facility,” General Manager City Infrastructure Nick Serle said.

Despite this change, Council remains committed to preventing cardboard and paper from ending up in landfill.

I encourage residents to continue recycling as they have always done, being mindful to not put contaminants in their recycling bins. It is only contamination from the recycling service that ends up in landfill.
- General Manager City Infrastructure Nick Serle

“Despite the decline in the cardboard and paper market it is still more cost effective for Council to recycle the product rather than send it to landfill,” Mr Serle said.

“Sending materials unnecessarily to landfill results in the cell being filled much quicker which then becomes a costly exercise for both the Council and the environment.”

“Hopefully this is just a small bump in the recycling road and the market for cardboard does turn around in the near future but in the meantime we will continue to process the material as we always have.”

In addition to the kerbside recycling service, Council also accepts a number of items free of charge at the Waste Transfer Station including good quality re-usable items (suitable for resale at the ReUse Market), televisions, computers and computer products, some types of polystyrene, liquid paint, motor oil, metals and batteries.