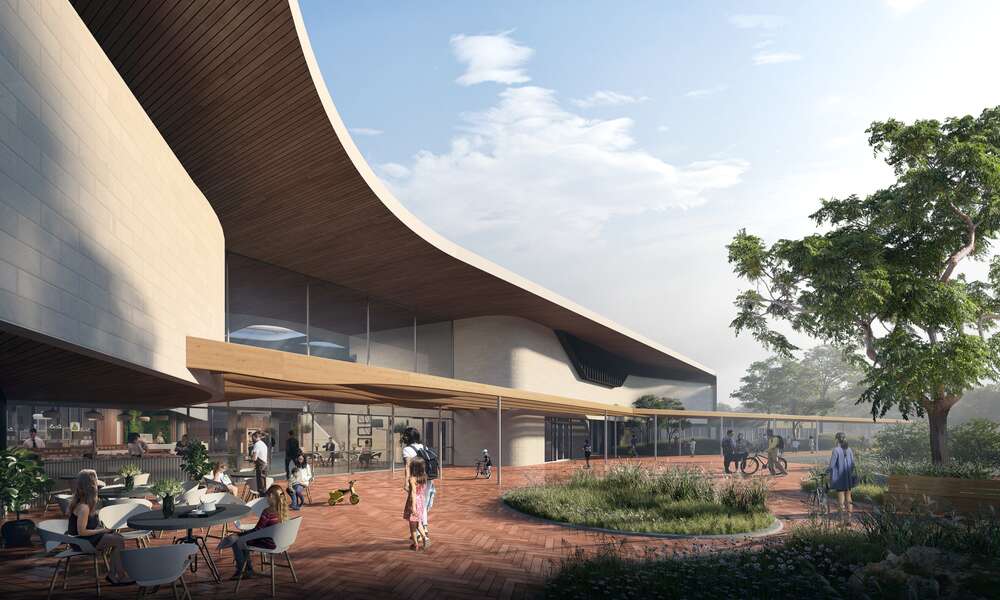 The newly elected members of City Council are united in support of the Community and Recreation Hub proposal.

At the Statutory Meeting on Thursday 22 November 2018 Council endorsed seven Community and Recreation Hub reports and spoke of the benefits the proposed hub could provide to the community.

“The question was asked ‘what sort of city do we want for our future, our children and our community?’ We need to create our own future looking forward,” City of Mount Gambier Mayor Lynette Martin said.

The new Council and I are absolutely committed to continuing to develop the Community and Recreation Hub proposal and acknowledge the efforts and the achievement of the previous Council in this regard.
- Mayor Lynette Martin

The Mayor’s sentiments were echoed by members of the Regional Sport and Recreation Centre Committee.

“The Community and Recreation Hub will be a vital investment into the future direction of our city in terms of the visitor economy, revitalisation of the CBD and, most importantly, the wellbeing and cohesion of our community for the next 50 plus years,” Cr Ben Hood said.

“The proposed hub is a chance for Mount Gambier to build a modern and state of the art facility which would be the envy of other regional cities across the country. This project is an opportunity for us to build a truly amazing piece of infrastructure which will benefit a broad cross section of the community,” Cr Max Bruins said.

“It is more than a pool and courts. The hub’s flexible design means it is a place people will be able to gather in and use for a wide variety of activities. It is an investment in the future of our city that will have social and economic benefits,” Cr Sonya Mezinec said.

The Federal Government has earmarked $15million for the project from the Regional Growth Fund. Several steps remain before the proposal can move ahead, hinging on the result of an elector survey and Council securing $15million in capital funds from the State Government.

“The project won’t move forward without a strong show of support from the community. If the community want this, a positive result will provide a strong case for matching State funding,” Mayor Martin said.

“It is important to understand that this centre is so much more than a sports facility, it is a hub, a gathering spot, an inclusive place for people of all ages from all backgrounds.”

“It will be a place for health, fitness and wellbeing. There will be youth programs, concerts, conferences, expos, high level sporting tournaments, community sport and learn to swim classes all year round.”

The new Council is confident in the proposal’s financial model and maintains that the facility can be built and run within the current rate level of 4.5 per cent per year.

“Some argue that Council should not build the facility and instead reduce rates to 2.5 per cent. Well, the difference between the 2.5 per cent and 4.5 per cent is about $25 per year, per ratepayer, about 50 cents per week,” Cr Frank Morello said.

“Through the survey we’ll all have a decision to make, we can decide to pocket the $25 and spend it, or invest this sum in the economic, cultural and social wellbeing of our community for decades to come.”

Market research company Market Solutions will distribute the elector survey to more than 19,000 residents via post from Wednesday 28 November 2018 to gauge community support for or against the proposed facility.

“It is important you understand the facts before you vote in the upcoming survey. I encourage you to learn about the project through www.haveyoursaymountgambier.co... and it is not too late to ask questions at pop up information sessions being held throughout the city,” Mayor Martin said.

“The survey will be open for three weeks, and your vote must be returned in the post by 21 December 2018.”

Voting slips will be mechanically processed and Council expects to receive the results by mid-January 2019.

“If the majority of the community votes yes, Council will submit a full business case submission to the Federal Government by 24 January 2019. If the community votes no, the project will not go ahead and the $15 million in Federal funds allocated to Mount Gambier specifically for the Community and Recreation Hub will be returned.”

Also at the Special Statutory Meeting, Council resolved to write to the District Council of Grant to seek a contribution of $1million to assist with the capital cost of the Community and Recreation Hub.

“The CEO and I hope to discuss this further with District Council of Grant and have a response by the end of December 2018 to enable the proposed contribution to be incorporated into the full business case for funds to the Federal Government.”

Community and Recreation Hub concept plans, frequently asked questions and a series of six fact sheets outlining further details about the aquatics, courts, entertainment, and community facilities, and the capital and operating costs are available at https://www.haveyoursaymountga...