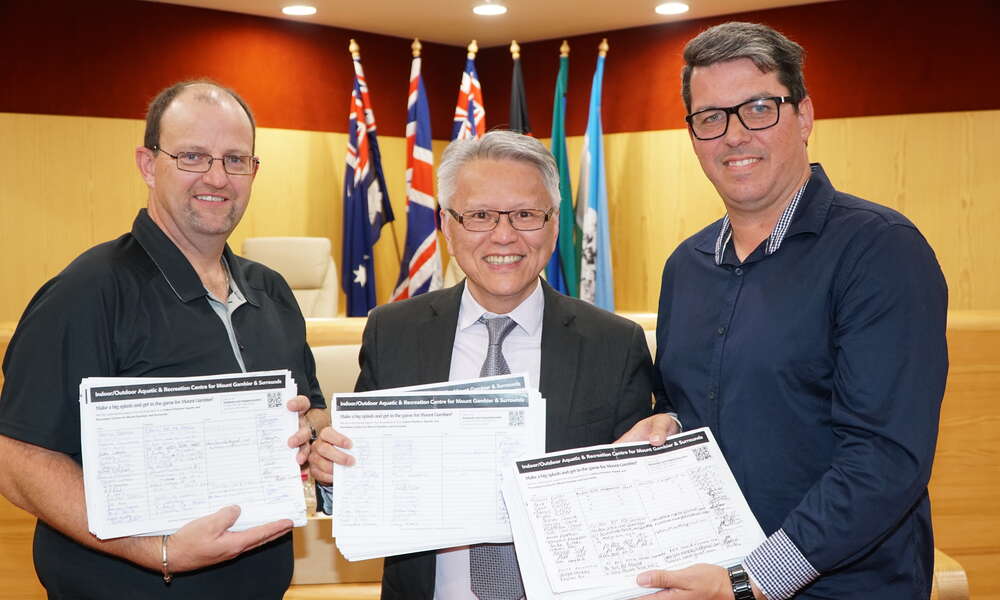 The City of Mount Gambier has accepted a petition signed by more than 10,000 community members in favour of the proposed $40million Mount Gambier Regional Sport and Recreation Centre at a Special Council meeting on Tuesday 24 April 2018.

Community Engagement Steering Committee member Nathan Stratford presented the petition and with fellow committee member Scott Martin, addressed Council and a full public gallery on behalf of the committee and the community.

“The signatures on this petition show that there is indeed support for the development of an indoor/outdoor sport and recreation centre for Mount Gambier and surrounds,” Mr Stratford said.

“Mount Gambier and the region need this facility, it is so much more than just a pool. I have not seen the community so behind a project as they are with this one. People are very excited and supportive of what could possibly happen,” Mr Martin said.

Following the deputations, Council unanimously endorsed the submission of an Expression of Interest (EOI) for $20million under the Federal Government’s Regional Growth Fund (RGF) for the proposed facility, due on Friday 27 April 2018.

“We were very pleased to accept the community petition as a strong show of support for the proposed facility. Council wants to progress this project for the community, it’s a centre for everyone and we want to advocate for our local community members,” City of Mount Gambier Mayor Andrew Lee said.

“The proposed project will not proceed in its current form without external grant funding, so in addition to seeking Federal funds, Council will also lobby the State Government to contribute at least $10million as a vital portion of funding for the construction of centre. Council will also provide $10million to support the project.”

The continued development of a full business case for the building and operation of the proposed community centre now begins.

“Council endorsed funding of $80,000 to enable more detailed architectural design, project management, costings and associated work to be prepared to satisfy the criteria of a full business case submission,” he said.

An invitation to progress to stage two of the application process by the Federal funding body may be made in July.

“In anticipation of a favourable outcome, the Councillor Working Party will continue and will engage with a broad range of stakeholders in developing the design and functionality of the proposed centre,” Mayor Lee said.

If Federal and State Government funding is received, it is expected the project would take three years to complete.

“To fund a facility of this type an additional $20 each year (approximately) for four or five years will be added to rates. Thereafter only the normal annual rate increase will apply,” Mayor Lee said. 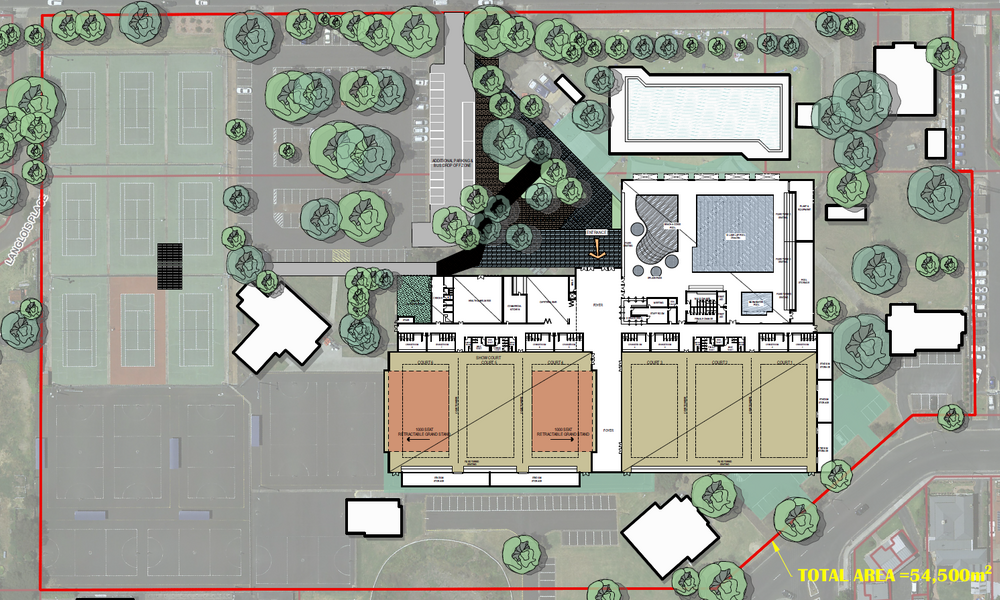