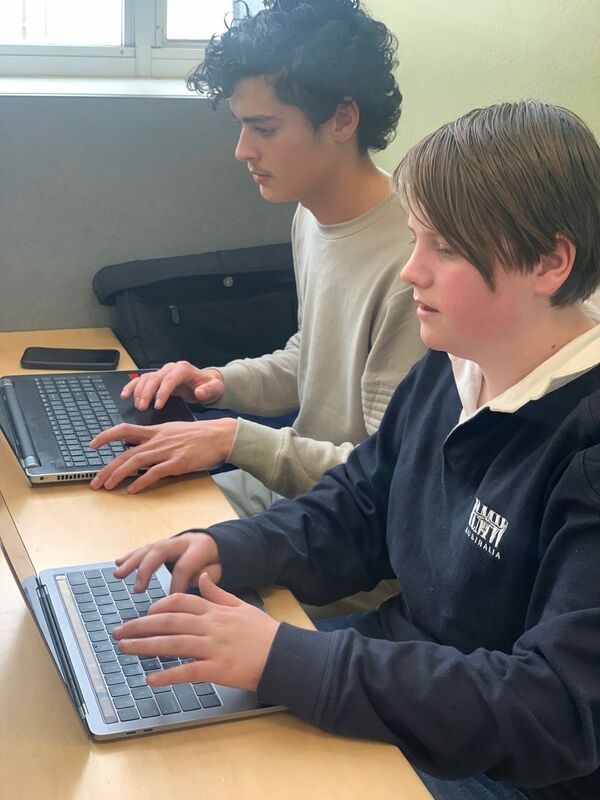 In conjunction with eNVIsion Limestone Coast, the Mount Gambier Library last weekend hosted GovHack, an open data competition ran simultaneously across Australia and New Zealand. While the name of the competition may lead people to believe that it is solely for the tech savvy, the sixth Mount Gambier GovHack saw participants deliver entries that required a variety of skill sets from coding to singing.

In 46 hours of competition participants were required to develop a concept to make open data accessible to the public. With thousands of underutilised data sets at our fingertips competitors spent time coming up with ways to promote this information.

The competition aims to unleash innovative ideas and potential entrepreneurs.

“It’s so rewarding to work with individuals and teams across the GovHack weekend - I’m particularly inspired by the calibre of the young people who participated and I look forward to supporting them to realise their potential as aspiring entrepreneurs,” eNVIsion Limestone Coast Manager Callena Rawlings said.

Competitors worked solo or in teams in categories for both youths and adults. At the conclusion of the weekend each team pitched their ideas and concepts in a three minute video recording which will be judged at local, state and national levels in the coming months.

The quality of this year’s entries is outstanding and so diverse.
- Mount Gambier Library Youth Services Coordinator Terasa Nearmy

“Our teams came up with some great ideas including an app promoting mountain bike trails that records and rates your ride, an electronic bollard that communicates with disabled permit holders to prevent parking spaces being used by non-permit holders and one team even created a song about convicts with the lyrics reciting historical data,” Ms Nearmy said.

While the local GovHack award winners are yet to be determined, two awards were announced at the closing of the competition. The ethos of GovHack is for participants to learn, share and show the ’GovHack spirit’ to others throughout the weekend despite being in competition with one another.

“Competitors are encouraged to assist each other in various ways throughout the weekend whether it be making sure everyone has had enough to eat and drink or helping another team with their sound recording,” Ms Nearmy said.

Event organisers kept track of these efforts and announced the ‘The Spirit of GovHack’ award at the conclusion of the weekend.

Mercedes Scott was announced as the first winner for assisting teams when she noticed them struggling.

Jordan Hutchins was the other Spirit of GovHack awardee through his efforts with assisting many teams throughout the competition period.

“Jordan was also a stand out for the weekend and took home a HP printer from Green Triangle Electronics, $25 Anvil Electronics voucher and GovHack merchandise,” Ms Nearmy said.

The Spirit of GovHack recipients all received prizes donated by local businesses and will now be invited to represent Mount Gambier at state level with a chance to win more awards.

“Thank you to the local sponsors and congratulations to all competitors. Every competitor has walked away with new skills, more confidence and a heightened excitement for open data,” Ms Nearmy said.

The completed videos are available for the public to view and cast a vote for a People’s Choice Award by visiting www.govhack.org and can also be viewed on the Mount Gambier Library Facebook page. 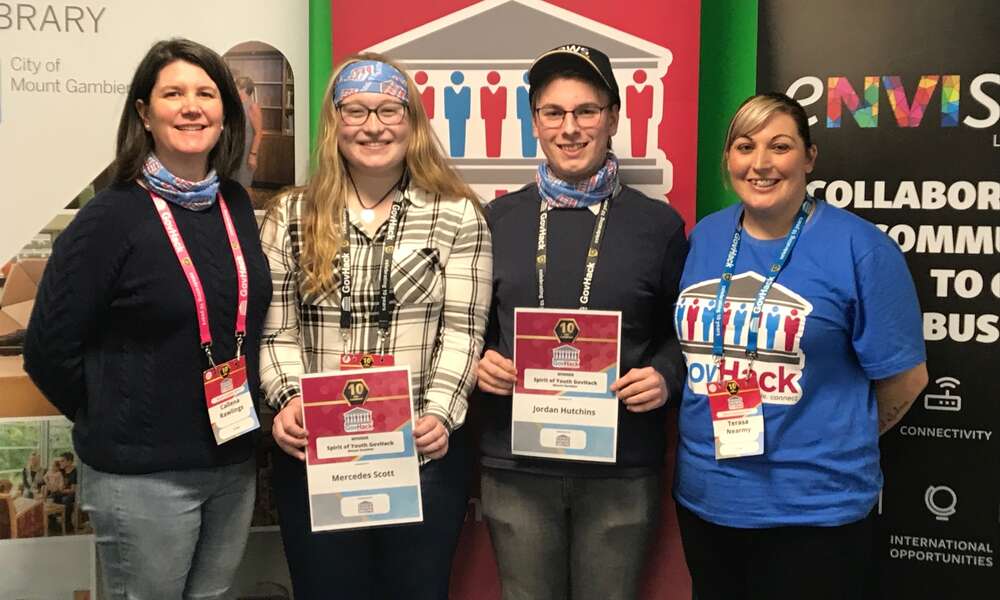