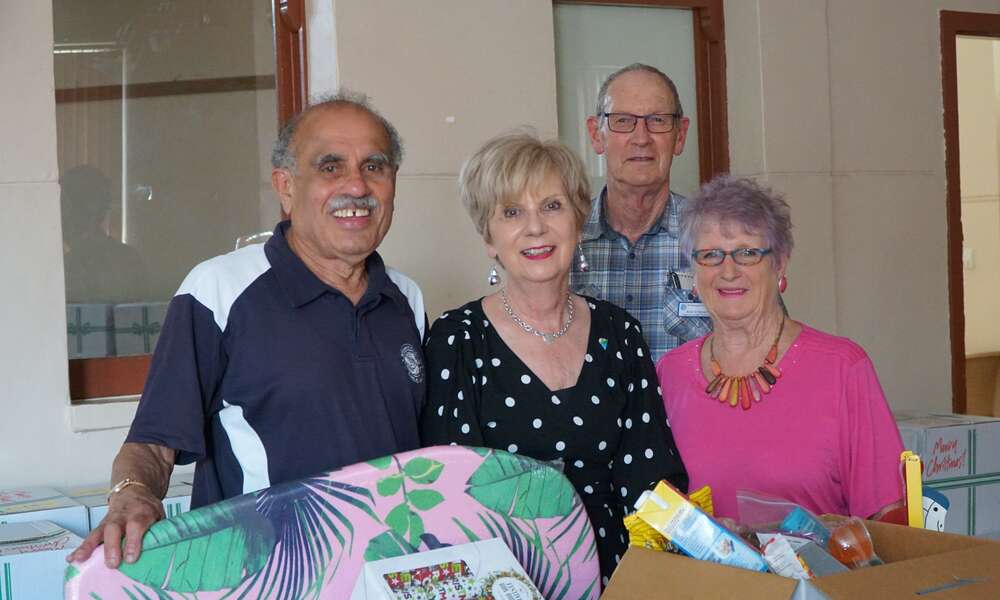 With Christmas less than one week away City of Mount Gambier Mayor Lynette Martin OAM is calling on the community to donate to the Mount Gambier Community Mayor’s Christmas Appeal in support of those in our community doing it tough this festive season.

The appeal aims to raise funds for distribution to local welfare agencies including the Salvation Army, St Vincent de Paul Society, Uniting Care, ac.care and Lifeline South East who provide food hampers and other assistance to the less fortunate in the Mount Gambier community at Christmas.

“Not only do these agencies play an important role for our city throughout the year, they go over and above during the festive season to ensure that everyone in our community can experience the joy of Christmas,” Mayor Martin said.

All funds raised as part of the appeal are distributed within the local area, with demand for support greater than ever as the cost of living continues to rise.

In 2018 the Community Mayor’s Christmas Appeal raised a total of $29,732.10 and Mayor Martin is optimistic the fundraising efforts this year will match this amount.

I have been humbled by the many businesses, community organisations and individuals who have made donations to date and I give my personal thanks to those who have provided support to those in need in our community.
- Mayor Martin

Mount Gambier Library and Collins Booksellers have collaborated to run a book drive enabling customers to receive a discount on books purchased for donation. This initiative has resulted in the donation of 73 books to the appeal.

“Some families have donated up to 6 books so we’ve been really blown away by the generosity of the community,” Team Leader Library Programs Kristi Brooks said.

“Books are a great gift for all ages and we thank the community and Collins Booksellers for supporting the Library to provide these gifts for families in our community.” 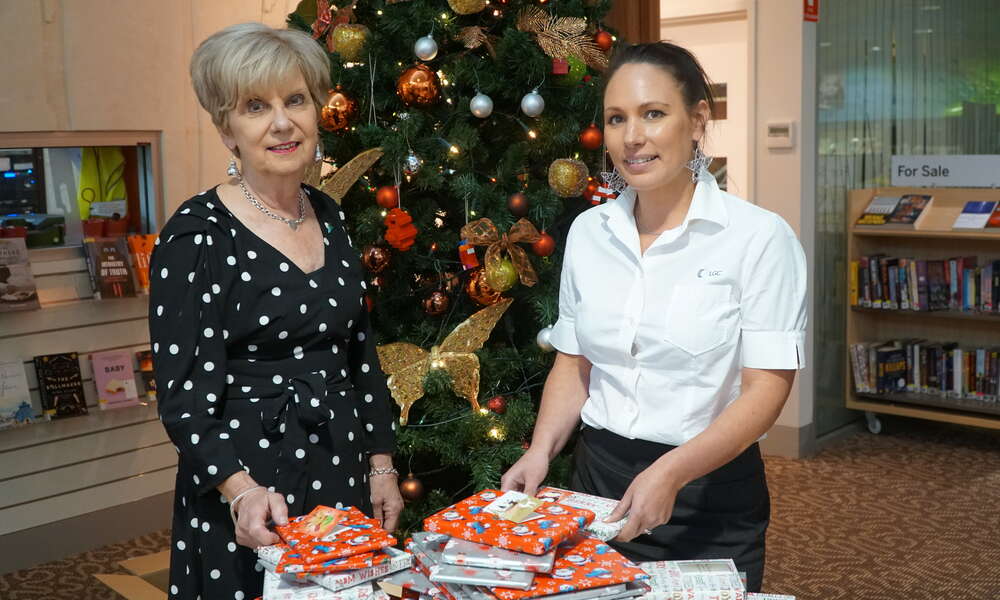 “I am so pleased to accept these beautiful wooden toys from the Men’s Shed. I thank everyone who was involved in this project and I have no doubt local children will be delighted to receive them on Christmas morning,” Mayor Martin said.

Funds have been donated to the appeal at local events including the Mount Gambier Christmas Parade with assistance from the city’s Youth Advisory Group and the Blue Lake Carols.

McDonald Park year 6 and 7 students raised almost $500 for the appeal after teachers provided them with a small budget to work with.

"The students used their entrepreneurial skills to raise these funds during a lunch break and I am thrilled they so generously elected to donate the money to the appeal," Mayor Martin said.

Donations to the appeal can be made through the following channels: 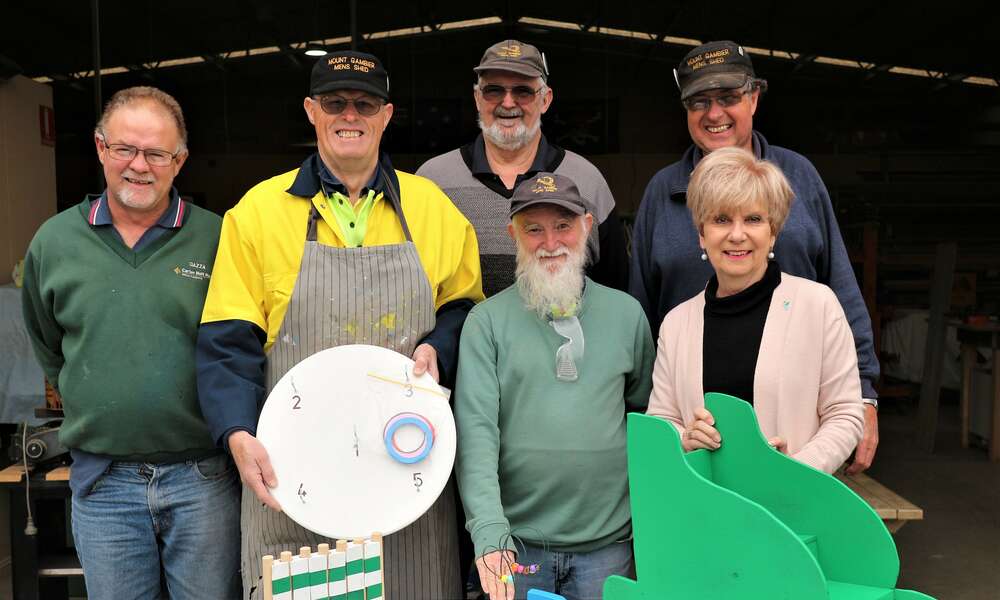