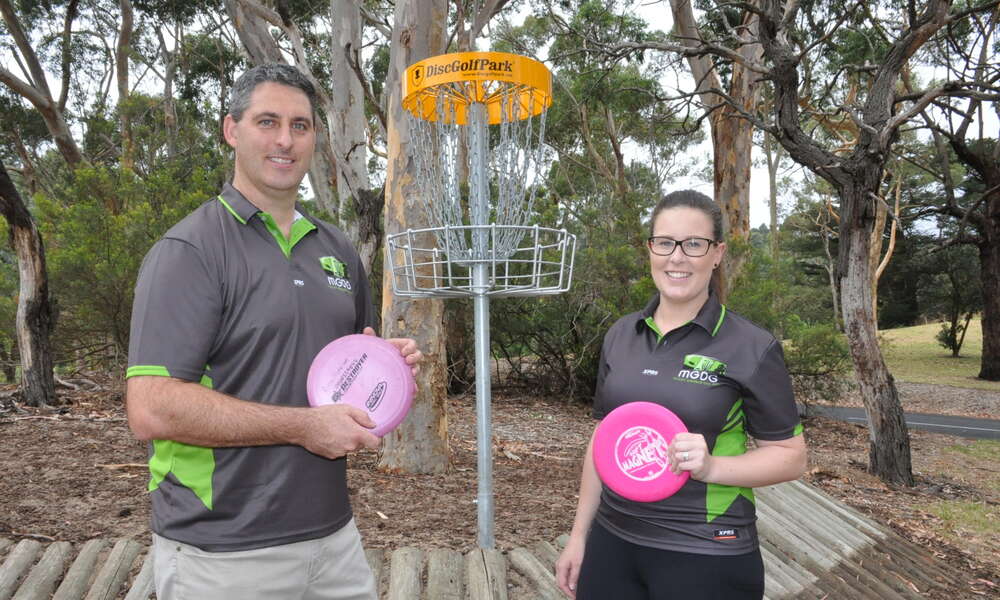 Disc Golf continues to gain popularity throughout the region, as Mount Gambier now boasts 18 permanent baskets at the professionally designed course at Browne’s Lake, which is free for community use.

Disc Golf is a flying disc sport where players throw a disc at a metal basket and is played using rules similar to golf, to play each hole in the minimal amount of shots. The Mount Gambier Disc Golf Club had been using portable baskets before the City of Mount Gambier supported the permanent establishment of the course with a $22,000 boost from its 2017/18 budget.

The picturesque course at Browne’s Lake in the Valley Lake precinct, features 18 advanced holes, with 9 beginner options and a total of 27 tees.

“The location is absolutely perfect for the sport, we’re very lucky. There aren’t many 18 basket courses in Australia, there’s only a handful, so our course has got the greater disc golf competitors buzzing that it can be used for top level sanctioned events,” Mr Nicholson said.

“We will be hosting the SA Open on Saturday 12 and Sunday 13 May, which has the potential to attract about 50 seasoned disc golf players.”

The club also hosts monthly league days for members and those who are interested in learning more about the emerging sport.

“We’ve noticed the numbers have increased at the last couple of league days, with people keen to use the new baskets. We normally have about 15 regulars, but with new people coming along to try, we’ve had up to 20 people competing,” he said.

The Club Championship will be held on Sunday 18 March 2018 and the next league day will be held in April. The public is encouraged to attend and ask questions. Follow the Mount Gambier Disc Golf Club on Facebook @MountGambierDiscGolf

“Besides league days, people should know that the course is free to use at any time. You can use cheap frisbees from Kmart, or get in contact with the club or go online to purchase the discs.” 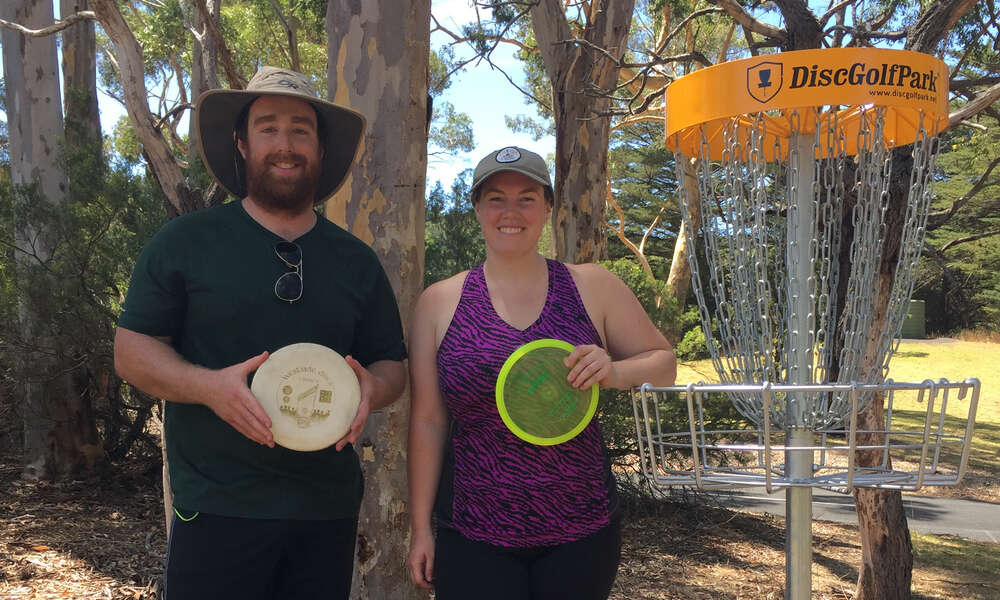