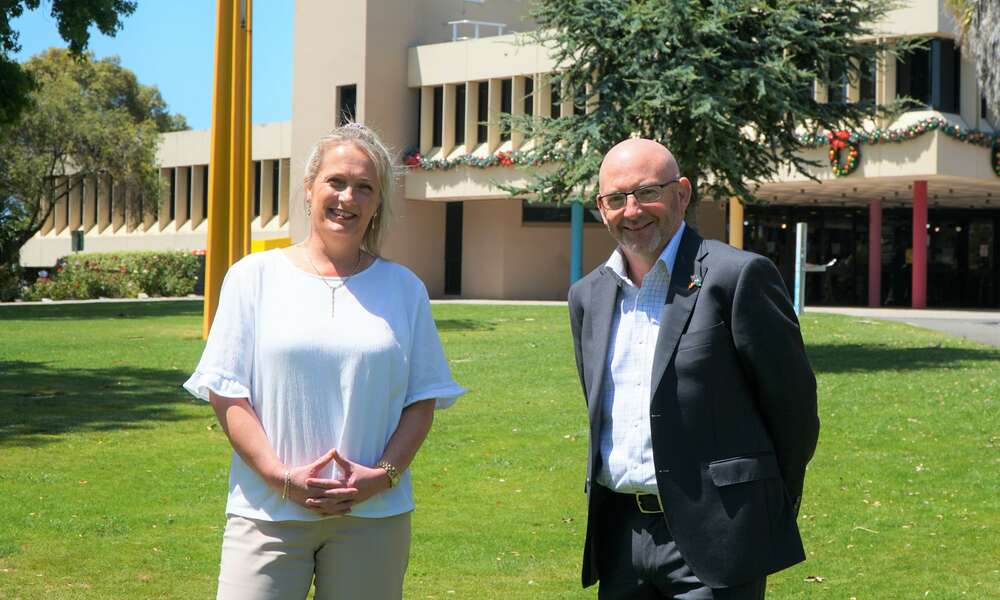 The City of Mount Gambier has appointed a new General Manager Shared Services to the senior executive team. Commencing in the role this week, Darren Barber joins Council following his most recent role as Manager Organisational Development at Southern Grampians Shire.

“Following an extensive search, we are very pleased to have Darren onboard,” Ms Cernovskis said.

Darren brings with him a depth of experience in a variety of roles in Local Government at Southern Grampians Shire and Warrnambool City Council.
- Acting CEO Barbara Cernovskis

“He also has consultancy experience with both local government and private enterprise.”

Darren has relocated to Mount Gambier from Hamilton with his wife Katherine and is looking forward to enjoying more time in the city having visited regularly as a consultant.

“I am passionate about the region and believe Mount Gambier has a lot to offer in the way of regional leadership in the Limestone Coast and Western Victoria,” Mr Barber said.

“It’s an exciting period of change and I believe I can add value to the organisation through my background by assisting in developing the foundations for future growth and prosperity.”