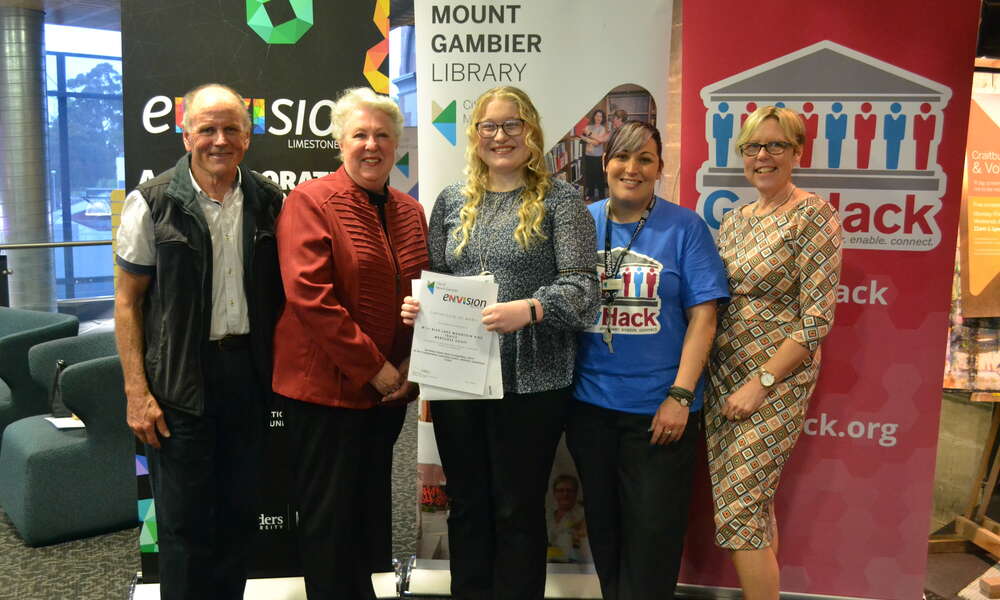 Local entrepreneurs Mercedes Scott and Mark, Charlene and Correa Bachmann were rewarded for their unique initiatives at the Mount Gambier GovHack Awards held on Monday 14 October 2019. The GovHack Open Data competition took place simultaneously across Australia and New Zealand over a 46 hour period in early September.

It was the sixth competition coordinated by the Mount Gambier Library and was delivered in partnership with eNVIsion Limestone Coast who hosted this year’s event at the new Collaborative Learning Centre at Mount Gambier High School.

Throughout the competition period competitors created ideas aimed at promoting open source data in an innovative and user friendly way.

“We had forty local competitors, some competing solo and others part of a team. Each brought unique skills providing an opportunity to showcase individual strengths when creating their projects, ” Library Youth Services Coordinator Terasa Nearmy said.

Popular themes for projects included apps, websites, games and art with all concepts promoting the many public datasets available for access.

Entries are judged on a 3 minute video which promotes the idea, complete with storyboarding and any visual mock ups.

This year a total of 13 projects were submitted for judging at local, state and international levels. Mount Gambier award categories are judged on originality, relevance to the market, purpose, use of data, quality and design and relevance to the community.

Solo competitor Mercedes Scott took out the Youth Node Award, with her project ‘Blue Lake Mountain Bike Trails’. Her idea is an app that mountain bike riders use to locate local trails around the district.

“Mercedes' app concept is not only a great tool to promote tourism, but for bike enthusiasts to rate the trails and record their times.”

The Youth Node Award was presented by Lee and John Cranwell, representing prize sponsor Friends of the Library.

Deputy Mayor Sonya Mezinec presented the Adult Node Award to winning team Mark, Charlene and Correa Bachmann of ‘Three’s not a Crowd’ for their concept titled ‘The Full Deck’.

“This concept is a card game with a fun and creative way of converting a regular pack of cards into a gateway to the North Adelaide cultural precinct promoting history, art and tourism in both the real and virtual worlds,” Ms Nearmy said.

Each playing card features a different photo taken from online datasets from four of the institutions in the precinct, bringing them to life in a physical format.

The family team were presented with a prize of five one hour entrepreneurial coaching sessions at eNVIsion Limestone Coast providing the opportunity to use the mentoring sessions to further develop their concept or another business opportunity.

Both concepts have also been shortlisted for state awards in Adelaide and Queensland.

“The diversity of these two projects shows that you don’t have to be a web designer to enter - the projects are complete contrasts, yet each concept could be well utilised in today’s world”.

All entries can be viewed by searching for ‘Mount Gambier’ under location on the GovHack website hackerspace.govhack.org/projects/ 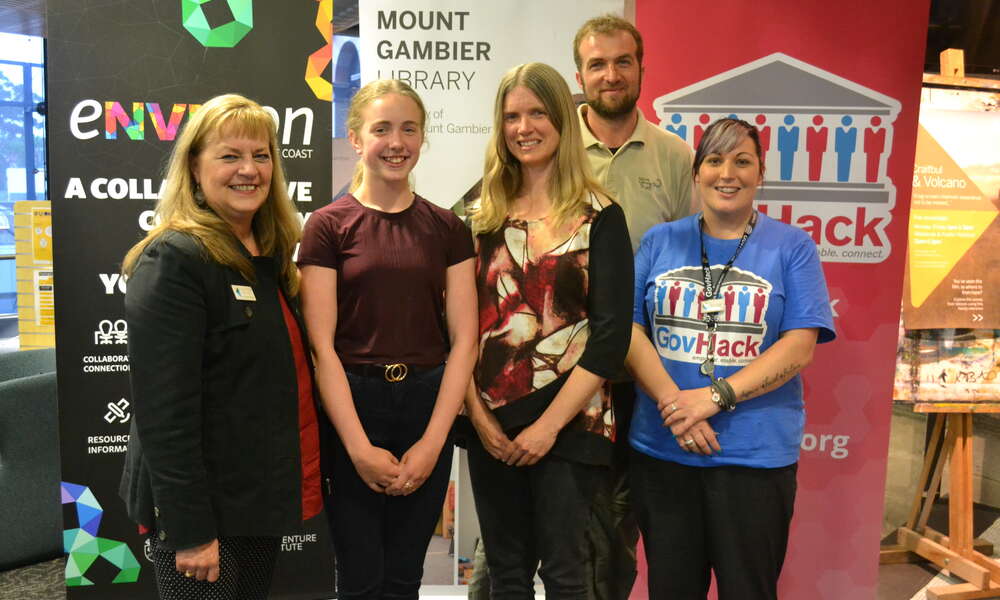