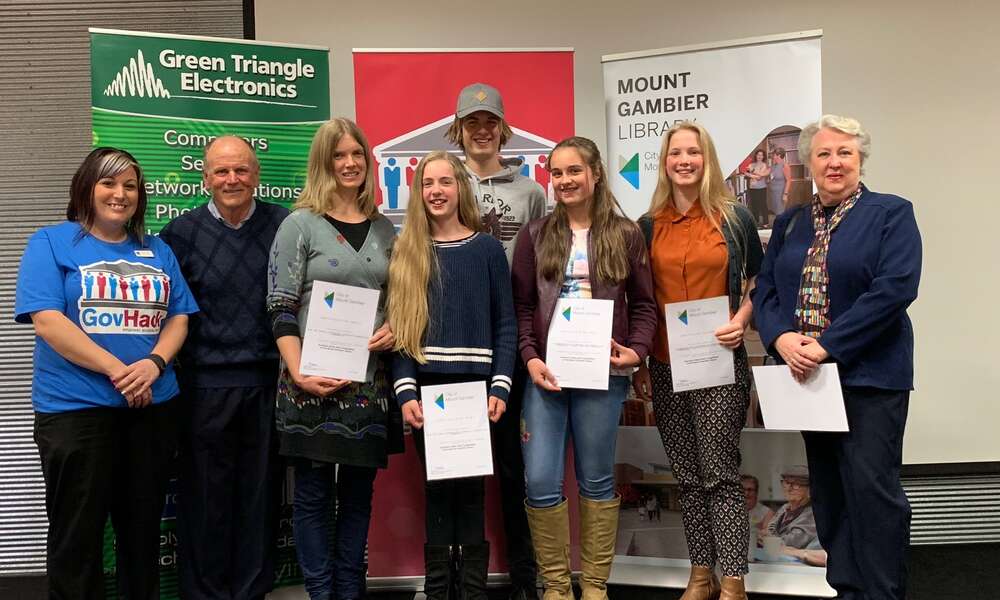 The event ran throughout Australia simultaneously from Friday 7 September until Sunday 9 September 2018, hosted locally at the Mount Gambier Library.

In 46 hours of competition time, 11 local teams worked together to workshop and develop ideas to compete in the youth node or adult node.

Our competitors contributed to one third of all South Australian entries. Statistics from data.gov.au also revealed that when compared to population density, Mount Gambier boasted the greatest number of hackers involved in the event which is a great achievement.
- City of Mount Gambier Library Youth Services Coordinator Terasa Nearmy.

Local professionals from a variety of fields were selected to judge the 12 completed projects based on originality, quality, design, use of data and functionality, value to the community and technical and creative skills.

The winners were announced at a presentation evening held at the Library on Wednesday 26 September 2018.

“The team's concept was a board game designed to help people interact with local historical figures and intriguing life facts, all meshed together in a ‘race-to-the-end’ type game.”

“The judges agreed that the concept, application and delivery of this idea was of an excellent standard.”

The team was presented with vouchers valued at $1000 from Harvey Norman and Green Triangle Electronics.

“The adult node team created an interactive self-serve kiosk concept. ‘Connected' is a cost effective platform that could directly link residents to community groups, clubs and support services in their local area.”

“The concept has the potential to improve the mental health and physical wellbeing of citizens, and in doing so lower the downstream costs of health and social services. The judges thought this project clearly showed that the competitors are in touch with their community,” Ms Nearmy said.

The winning adult node team was offered a full three month membership at eNVIsion Limestone Coast valued at over $1000.

“The judges were impressed with the effort made by all competitors and the winning entries showed clear, well thought through ideas that truly showcased local community, education and professionalism.”

“The prizes, donated by Green Triangle Electronics and Harvey Norman, were awarded to participants who demonstrated consideration and encouragement towards all competitors with the winners to represent Mount Gambier at the prestigious State Awards in Adelaide next month,” Ms Nearmy said.

The State Awards will be held in Adelaide on Wednesday 10 October 2018 and the GovHack 2018 National Red Carpet Awards night will follow later in the year. 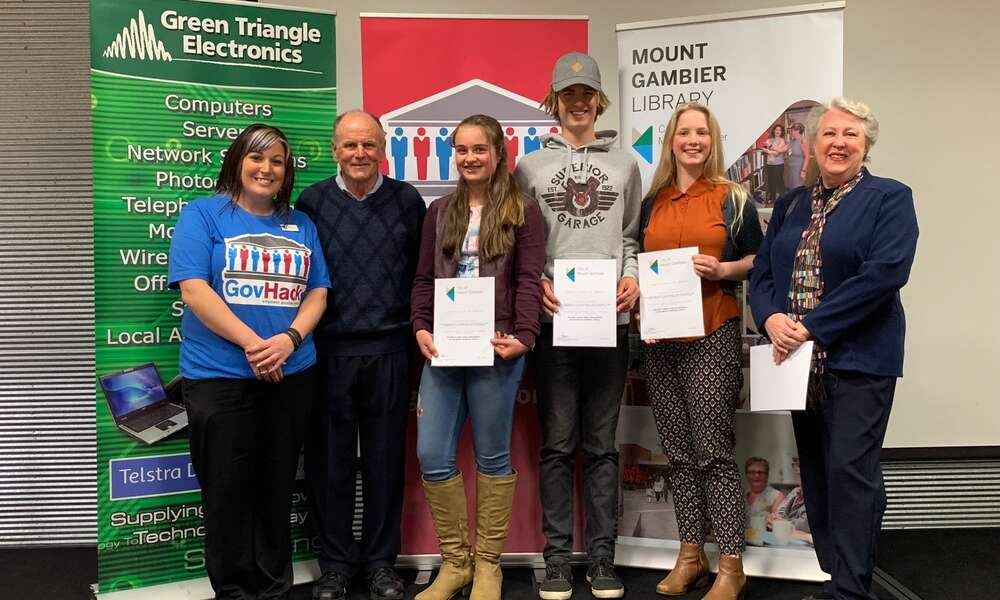 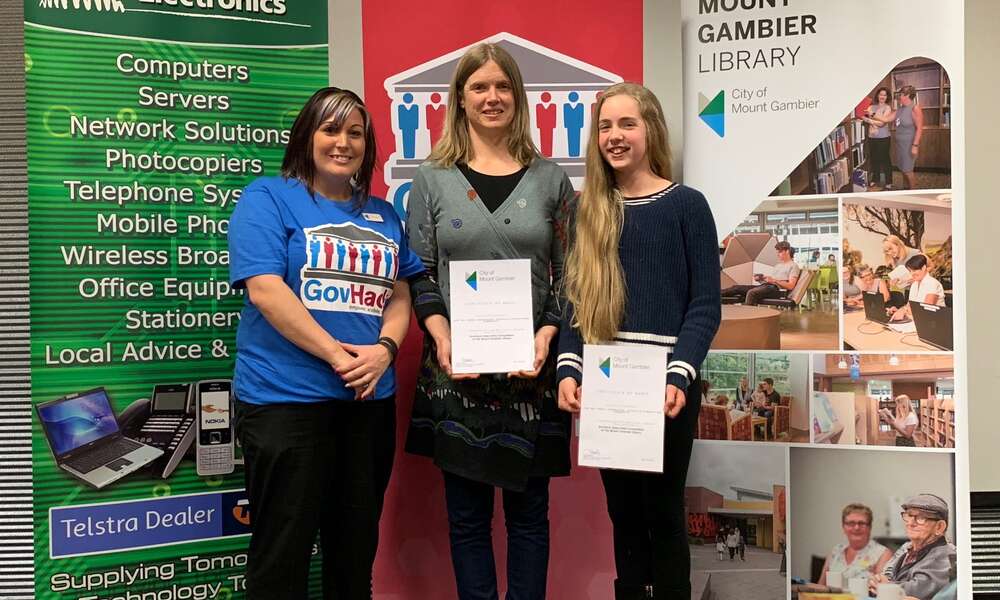