The removal of Hay Drive bridge and development of a two way road has been completed and is now open to traffic.

"We've got a road that will last for forty years, is cheaper to maintain, is more practical and is safer. Now that it's bi-directional there's no single lane giving way at each end," Mr Thompson said.

It's lower risk and removes the potential of anti-social behaviour such as illegal dumping or vandalism in the spot where the bridge used to be previously.
- City of Mount Gambier Design Engineer Andrew Thompson

The bridge was demolished and removed in February as it had reached the end of its useful life.

"The bridge was no longer required to access the old hospital grounds and was removed as part of Council’s 2018/2019 works program."

"Contractors filled the void where the bridge used to sit with 2,500 cubic metres of material comprised of salvaged concrete, limestone and bricks including rubble from the old bridge itself. It took about 150 truck loads to smooth it in," Mr Thompson said.

The soil on site has been topped up and the garden area has been mulched. Council will complete landscaping and the installation of a footpath in the weeks to come.

"The retaining wall on Lake Terrace was shifted back an extra metre to provide adequate width for the installation of a footpath which will veer up to the left of Hay Drive and taper off into Elizabeth Knight Reserve."

The project ran smoothly and was delivered on time and on budget at $190,000. 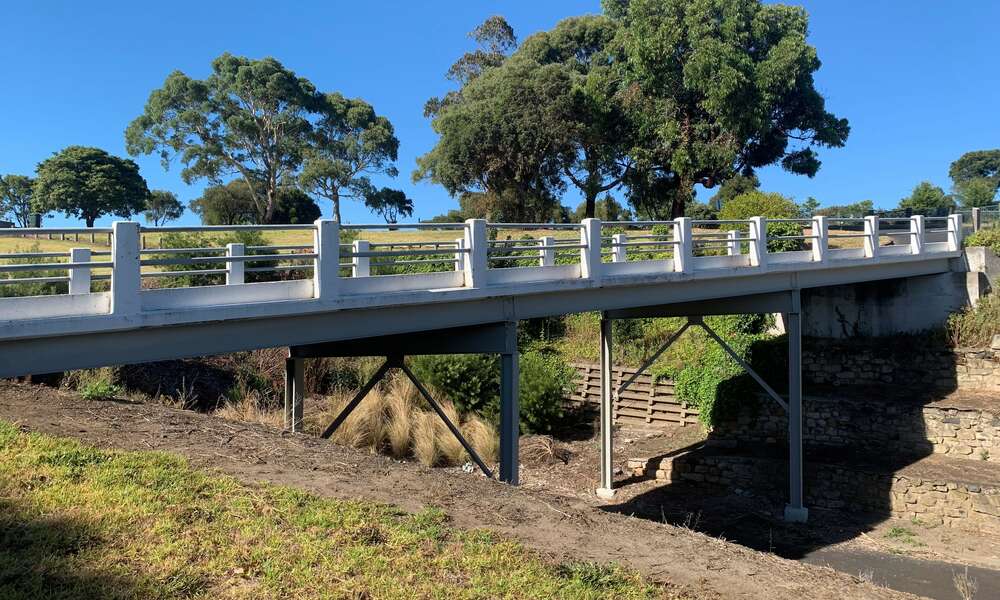 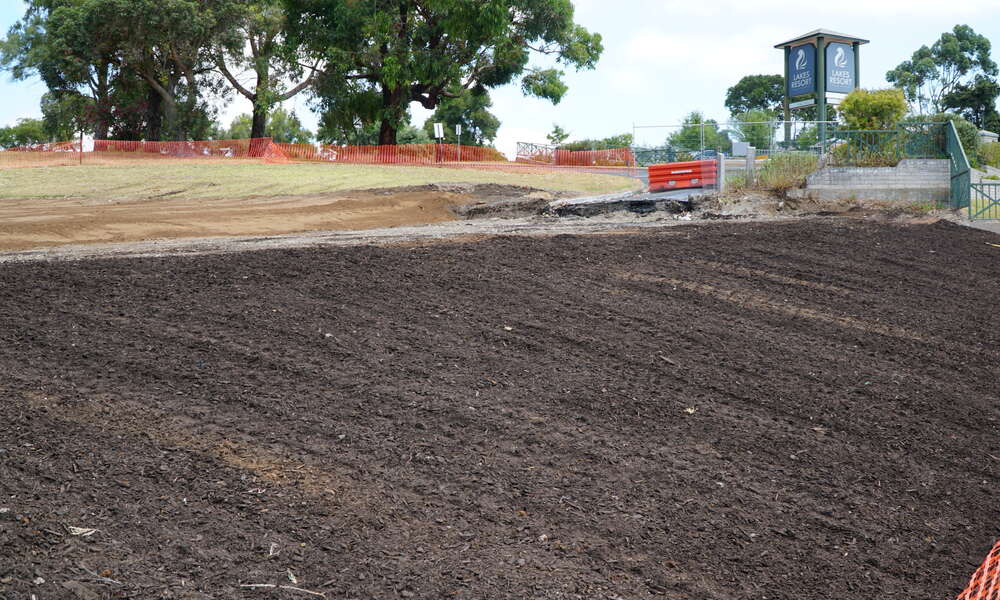 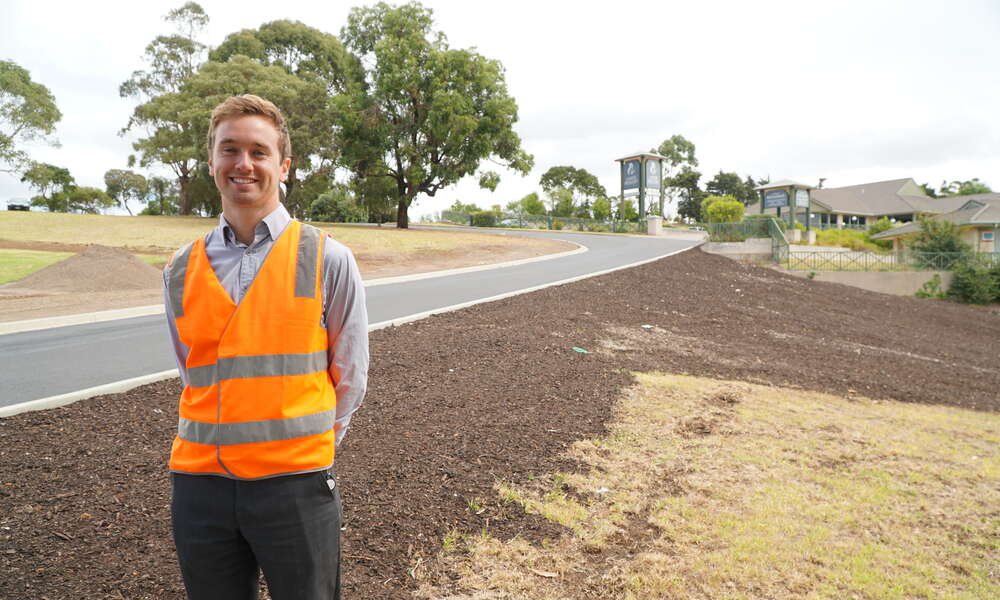 After works
After. City of Mount Gambier Design Engineer Andrew Thompson stands alongside the completed roadway.