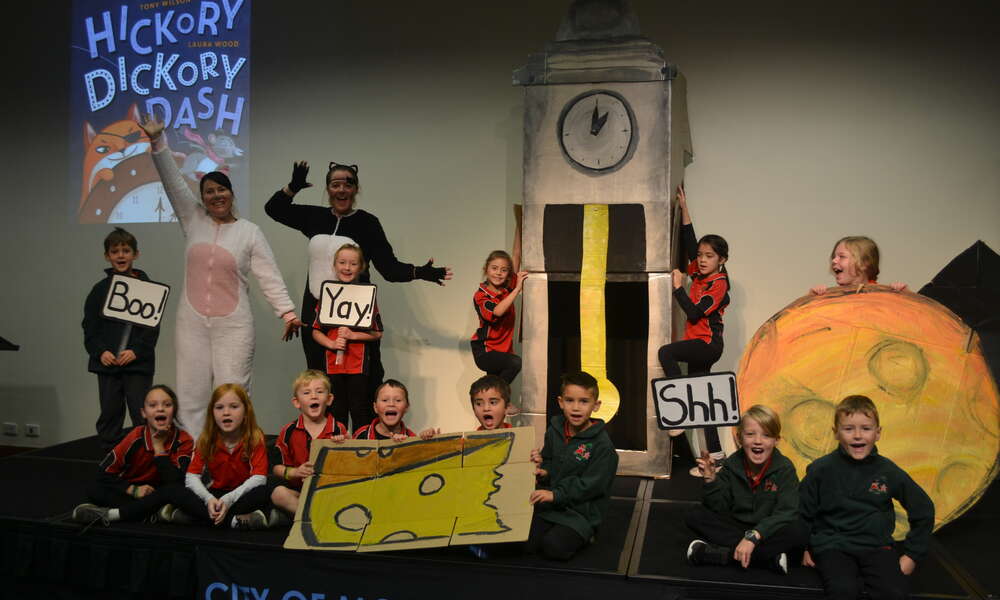 More than 240 local school children were entertained by the Mount Gambier Library’s theatrical performance of “Hickory Dickory Dash” at City Hall, the Main Corner, as part of National Simultaneous Storytime.

Now in its 18th year, National Simultaneous Storytime is an annual campaign initiated by the Australian Library and Information Association (ALIA) to encourage young Australians to read and enjoy books.

Every year, a picture book written and illustrated by an Australian author is read simultaneously across the nation on the same day at the same time, in kindergartens, schools, bookshops and libraries.

With the stage full of props and Library staff in costumes, this year’s book “Hickory Dickory Dash” written by Tony Wilson had children yelling and cheering along with their favourite characters from the book.

“By bringing the story and characters to life in a theatrical adaptation of this year’s book, children were very excited and felt a sense of journey with the characters who delivered a subtle message of determination and courage,” Children’s Services Development Coordinator Kelly Lynch said.

If you missed the live performance you can view it via the Library’s Facebook page where it was live streamed and now available for the public to enjoy.