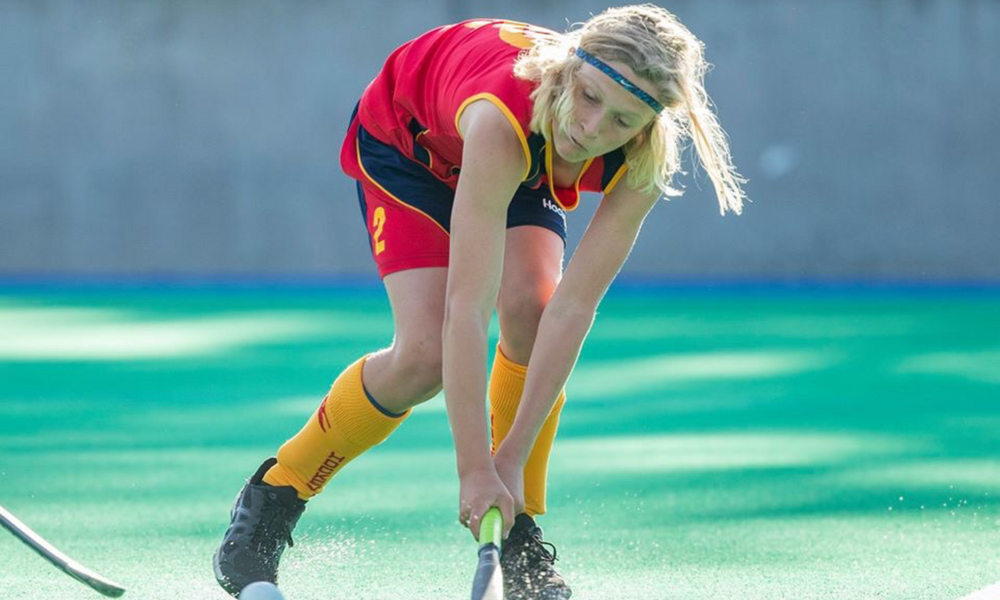 Liam Delaney
Liam Delaney who has been selected in the under 15 state team to compete in the 2019 National Indoor Hockey Championships being held in Goulburn NSW in January 2019.

"The Rotary Club kindly elected to donate part of the proceeds from the event to assist financially disadvantaged junior sports people with the costs of their participation in their chosen sport," Ms Cernovskis said.

The Junior Sports Fund Committee assisted with confidential administration processes to identify worthy recipients from member organisations who could receive financial assistance for a financially disadvantaged junior. The committee decided to provide $300 to Limestone Coast Football Association for one nominee, while Basketball Mount Gambier received $600 for two nominees.

The fund and its member organisations are very appreciative of the Rotary Club of Mount Gambier Lakes sponsorship of this initiative, providing a generous donation.

The commitment made to member organisations for coaching clinic funding totals $5,000 this year. The overall total payments since the initiative was introduced by the Junior Sports Assistance Fund on 1 July 1991 is now $90,383.

Donations were also made recently to member organisations for individuals competing at state level or higher. These include:

A discretionary donation was awarded to Jade Delaney who has been selected in the under 17 state team to compete in the Queensland Junior Tennis Tournament to be held in Brisbane.

The City of Mount Gambier Junior Sports Assistance Fund provides financial support for those junior sports persons who have achieved state selection or higher in a specific sport. The fund is a joint initiative of the City of Mount Gambier, the District Council of Grant and local affiliated sporting organisations.

See here for further information about the fund.

Leila Croker
Leila Croker was selected in the under 12 School Sport SA Track and Field Team that competed at the School Sport Australian Championships held in Melbourne in November.