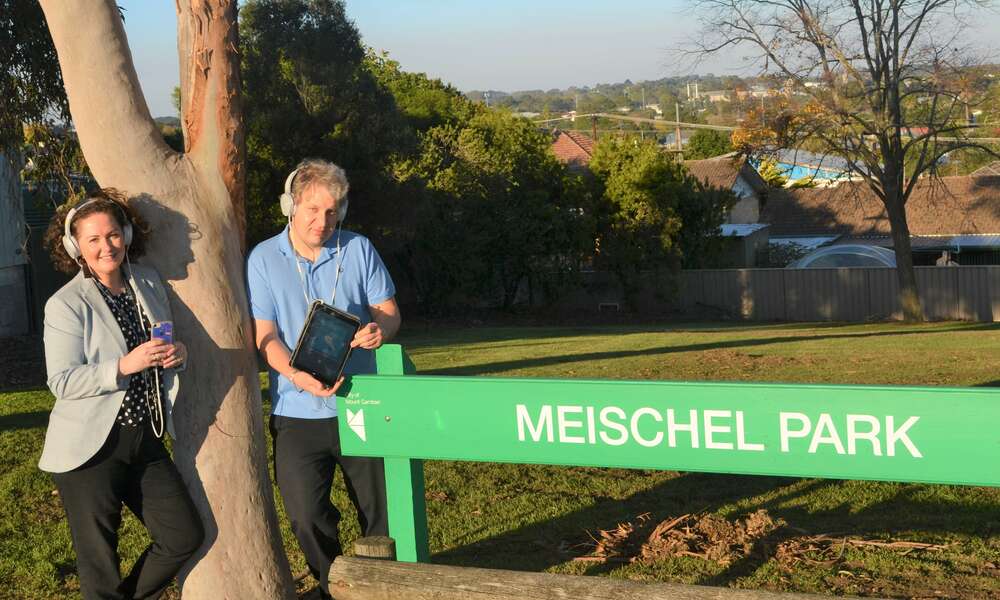 Mount Gambier Library will officially launch its first podcast, as part of Library and Information Week from 17 to 23 May 2021. Titled ‘Don’t Overdue It’, the podcast will delve into the stories of the Mount Gambier Library, from authors and innovation to programming and local history.

The debut podcast is out now and uncovers the story of one of Mount Gambier’s oldest but lesser known cemeteries, Meischel Park. Situated on the corner of Warren and Griffiths Street, the park was formally known as the Boandik Lutheran Cemetery.

Today there are no headstones, no walking paths worn into the grass to signify rows between the gravesites – but what we do see is a small memorial with a plaque listing the names of those buried at the site and the groups who completed the memorial.
- Mount Gambier Library Programming Officer Ricky Koopman

“Some of the surnames will be familiar to locals and are still well known in the area today.”

“But who are the people of Meischel Park and why did their cemetery all but disappear? To hear about the early settlement of the Lutherans in the 1850s you will have to listen to the podcast,” Mr Koopman said.

The theme for Library and Information Week this year is ‘adventures in space and time’, with a focus on revisiting the past, connecting with stories and memories of those who came before us, or imagining the future, exploring ideas for making a better society to live in and creating knowledge for future generations.

“Library and Information Week provides a chance for people to learn more about the library and our place within the community via podcasts,” Library History Officer Danni Reade said.

“People can listen from home, work, school or even on the road”.

Don’t Overdue It is available to listen to via Spotify, Apple Podcasts and most podcasting apps with monthly short stories scheduled on a wide range of topics.