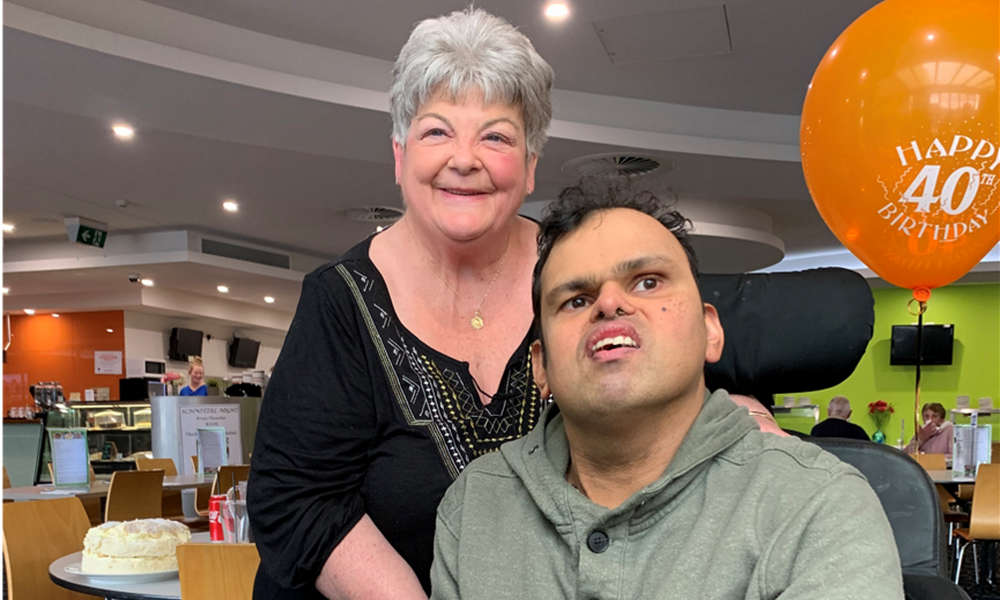 Kay and Jaii
Local author and mother Kay Mitchell is pictured with her son Jaii.

Mount Gambier Library will host local author and mother Kay Mitchell on Thursday 4 November 2021 at City Hall, for the launch of her book ‘Jaii’s Journey; My boy with a broken wing’, an inspirational true story told from a mother’s view.

“We rushed to the Adelaide Children’s Hospital where doctors wearing protective garments examined our tiny, malnourished baby that we had waited three years for,” Ms Mitchell said.

Medical opinions suggested that the baby had no chance of survival with multiple diagnoses including pneumonia, a collapsed lung, heart murmur, blindness, dehydration and malnutrition, but Jaii survived the night and continued to fight for survival.

The Mitchell family faced years of emotional heartbreak, with ongoing medical emergencies that were delivered with various date stamps of life expectancy or at the least, quality of life, however Jaii overcame a brain haemorrhage, a near drowning experience, spinal surgery and 153 hospital admissions.

For Kay, her life became a constant battle – with doctors, with understanding every new medical crisis, pleading for treatment, the fight for Jaii’s right for an education and place in life.

“This story was always intended to be published when ‘it’ was over,” Ms Mitchell said.

“There was never any doubt it should end sooner rather than later. So far, it has a beginning and a middle to the story, but no ending yet.”

With Jaii celebrating his 42nd birthday earlier this month, this book is dedicated the strength and determination of a little boy who survived against all odds. A true story written with love, passion, sensitivity, a touch of humour, but also at times, anger, frustration and raw emotion.

The event commences at 7:00pm and is free to attend. Bookings are required and can be made by contacting Mount Gambier Library on 08 8721 2540. Copies of Jaii’s Story will be available for sale for $25.00.