The Riddoch Arts & Cultural Centre team experimented with artistic applications of virtual reality to film and animate a music video for local band Chelsea Manor. The clip is nominated for the Best Innovation Award at the South Australian Music Awards.

“We hadn’t done anything like this before. We’d used Tilt Brush, we’d used the cameras, but we hadn’t combined them together to make something like this,” said Riddoch Technical Officer Daniel Pearson.

“Most of the work happened in the studio, as the team developed story boards and used Tilt Brush to hand paint each set in virtual reality, defining camera paths and finishing the final edit of the project using Adobe Premiere,” said Riddoch Marketing Officer Melissa Horton.

Chelsea Manor was pleased to be part of the collaborative project and impressed with the final result.

“We are so proud to be a part of such an incredible project, it was a whole new experience for us as a band. From seeing some of Mount Gambier’s heritage and performing in the building, working with the team and experiencing virtual reality first hand, we got to experience so many things we may not have had the opportunity to experience otherwise,” said Chelsea Manor singer Bianca Hendy.

The project was completed in early September, just in time for the 2020 South Australian Music Awards where the film clip is nominated in the new category for innovation.

"When we were asked by Music SA if anyone else had ever tried this as they’d never heard of a combination of live action and VR, we knew we were onto something special,” said Ms Teakle.

“We can’t thank Bianca, Ivan and Michael from Chelsea Manor enough for letting us experiment with them. The best part was seeing the journey our team took to improve their skills, and knowing that this is now a new form of art we can apply to other projects in the future.”

Chelsea Manor is also nominated in the South Australian Music Awards People’s Choice - Punk Artist category. You can vote for the band at: https://themusic.com.au/page/sam-awards-2020

Winners will be announced at the award presentation ceremony on Tuesday 3 November 2020. 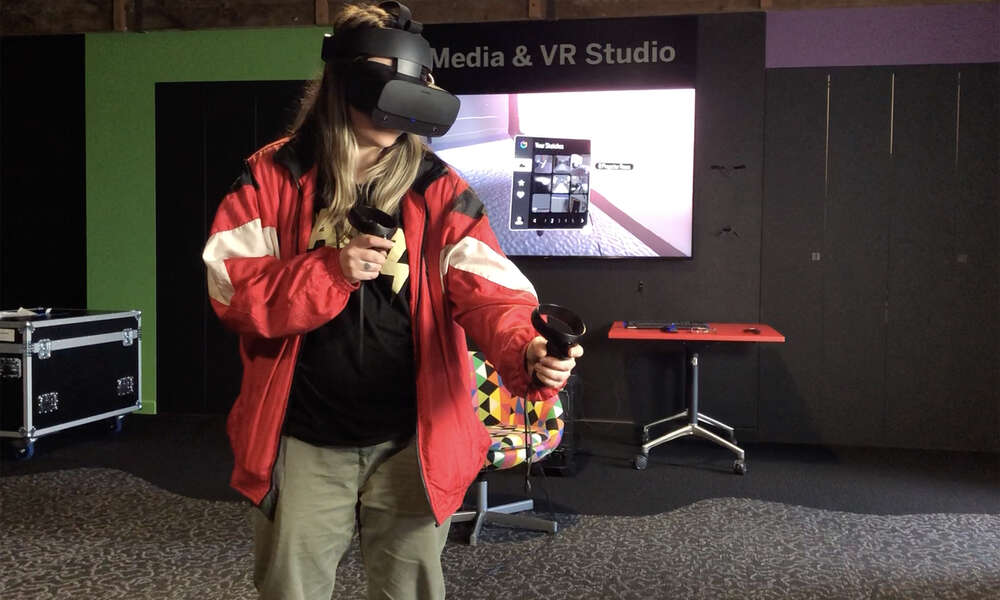