Mount Gambier Mayor Andrew Lee and Councillor Hanna Persello hosted an afternoon tea to congratulate athletes Amechai Bawden and Jamal Seiler and coach Keith Seiler who recently returned from the National Special Olympics held in Adelaide from 16 to 20 April 2018. Amechai returned home with a swag of gold medals from running events, while Jamal's team placed fourth in Soccer and Keith and his team were awarded a bronze medal.

Amechai participated in the 1500m, 3000m, 5000m and 4x100m relay, winning gold in all four events and was given the honour of joint flag bearer where he lead the South Australian team into the venue and carried the torch for part of the journey inside Titanium Stadium to the Special Olympic Cauldron.

"I had a fun time and I was also able to face some of my fears through doing interviews with the media.  I have been featured in the Sunday Mail, Channel Nine, Channel Ten and I've also done multiple radio interviews with FiveAA in Adelaide and ABC South East which has been good experience," Amechai said.

Amechai is a regular Parkrun enthusist and runs with the Mount Gambier Runners Group and trains with local running coach Sally Taylor and personal trainer Rob Dowdy. Amechai is employed by City of Mount Gambier where he works as part of the outdoor team one day per week. Amechai and his family are now eagerly awaiting to find out if he has been selected to compete at the Special Olympic World Games to be held in Abu Dhabi, United Arab Emirates from 14 to 21 March 2019, while also working towards local running events including the Mount Gambier Tower Trail Run and the Blue Lake Fun Run.

"The games were fun and a great experience and my favourite part was playing with my team mates from all over the state,' Jamal said.

Jamal plays soccer locally for Blue Lake Soccer Club and is also kept busy training weekly with both his club and the Special Olympics team while balancing this with his part time job at Woolworths Mount Gambier.

"Participating in sport is not always about winning and Special Olympics is very much about this. It's about what you can achieve by having a go, building friendships and families coming together from other states," Mr Seiler said. 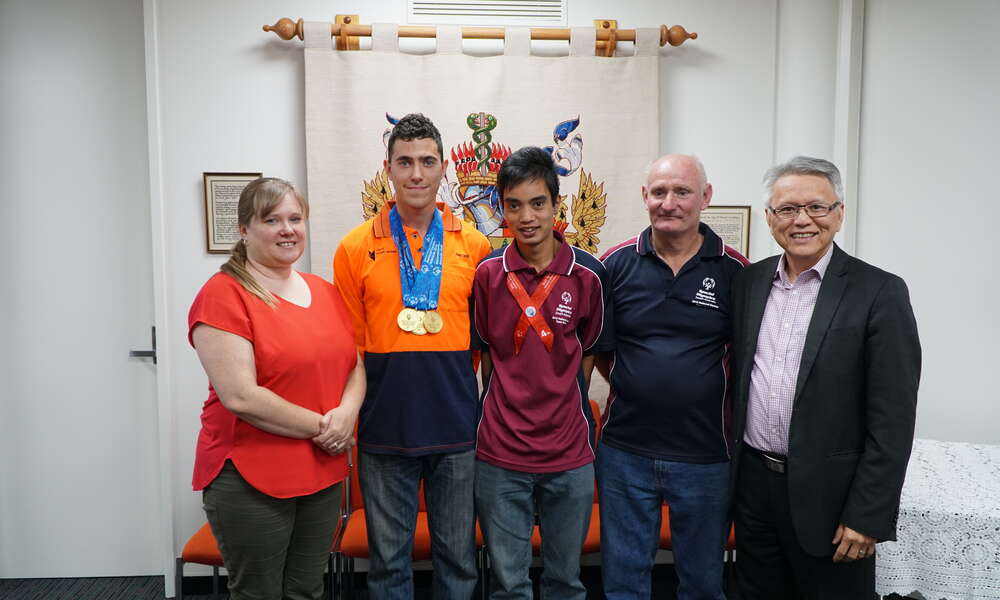