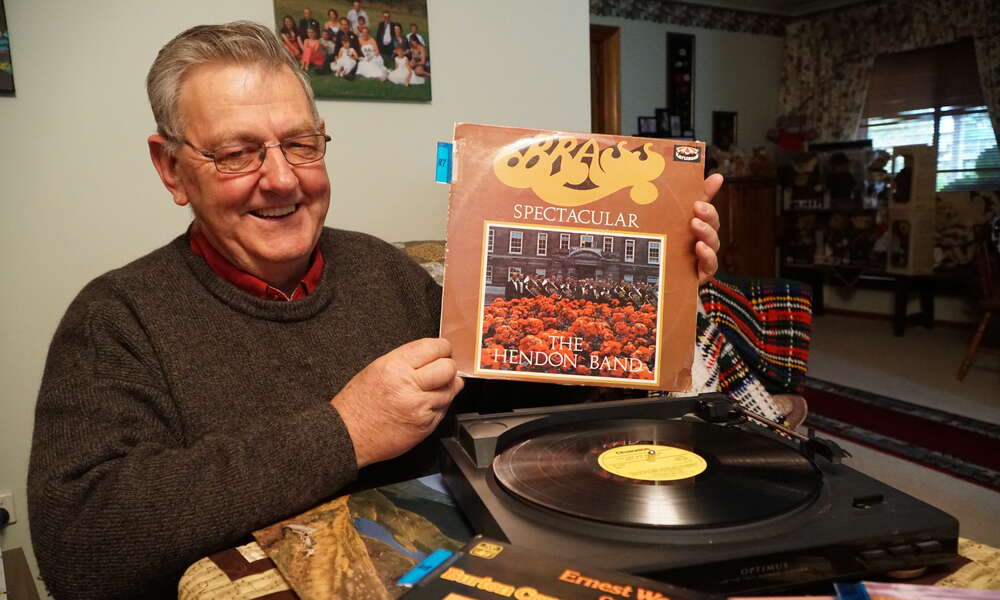 Allen Woodham OAM
Allen Woodham OAM has been passionate about brass bands for much of his life. “It all started way back when I was five or six and I was taken by my grandmother to a Salvation Army church in Perth. Right from that first day when I saw the band play, I was taken with it, I just fell in love with brass band music,” he said. Allen started collecting brass band records when he was 14 years old.

Since 1999, Allen has coordinated the annual festival consisting of a street march contest, massed band march, Christmas parade march and an on stage competition at the Sir Robert Helpmann Theatre.

He coordinated his first major event in 2001, the Australian Brass Band Festival, to celebrate the centenary of Federation.

“I had a grand vision of what we were going to do. We got the Governor General of Australia William Deane to come here and open it and that year we had what seemed like more bands than floats in the Christmas Parade, 21 in total,” Mr Woodham said.

“We had the old City Hall and the Sir Robert Helpmann theatre running with brass bands all day and it turned into a massive thing.”

At this point Allen became noticed nationally, gaining a solid reputation as an authority within the band world.

In 2006 he was approached to become the executive officer of the National Band Council of Australia.

“I was secretary and treasurer which meant looking after all of the community bands in Australia. Initially I had no idea what to do, it was a ‘learn as you go’ experience. I finished up being the longest serving executive officer in the council’s history and was in the role for 10 years until 2016.”

Allen received a Medal of the Order of Australia in the Queen's Birthday honours list in 2012 for service to music through band organisations and to the local community.

“My daughters had fun with that, they are all married with different last names and one of them posted on Facebook ‘My Dad got an OAM’ and then the second one puts up, ‘My Dad got one too!’” he joked.

His latest accolade was bestowed upon him in 2017, the James D Richardson Lions Club Honour award.

“It’s the highest award you can receive in Australia when it comes to the Lions. I had no idea and I was speechless when I received it,” Mr Woodham said.

Allen’s dedication and tireless contribution to the parade and the festival is greatly appreciated by the Christmas Parade Advisory Group. The group will formally thank him for his efforts at the awards presentation evening on Thursday 29 November 2018.

“Allen has been a valuable volunteer on the Christmas Parade Advisory Group. His knowledge and insight into the Brass Band world has given the Lions Club Blue Lake Festival and the parade a fantastic selection of brass bands to be present in Mount Gambier to play music all weekend,” City of Mount Gambier Events Team Leader Denise Richardson said.

Allen’s expertise has given Mount Gambier privileges in the band world and we have some amazing bands play in the parade and the Brass Band Festival. - Denise Richardson

Allen reveals that he has grand plans for the 60th anniversary of the NF McDonnell and Sons Christmas Parade in 2019.

“I’ve already got some ideas in mind, I want to have the same format for the day, and a major concert in the theatre at night with a choir and bands playing music over the 60 year period from the start of the Christmas Parade to today.”

“It’s a lot of work and sometimes I think I’ve just about had enough and I’ll give this away. But, when the parade day comes and you see all the bands in the street, you know why you do it,” he said.