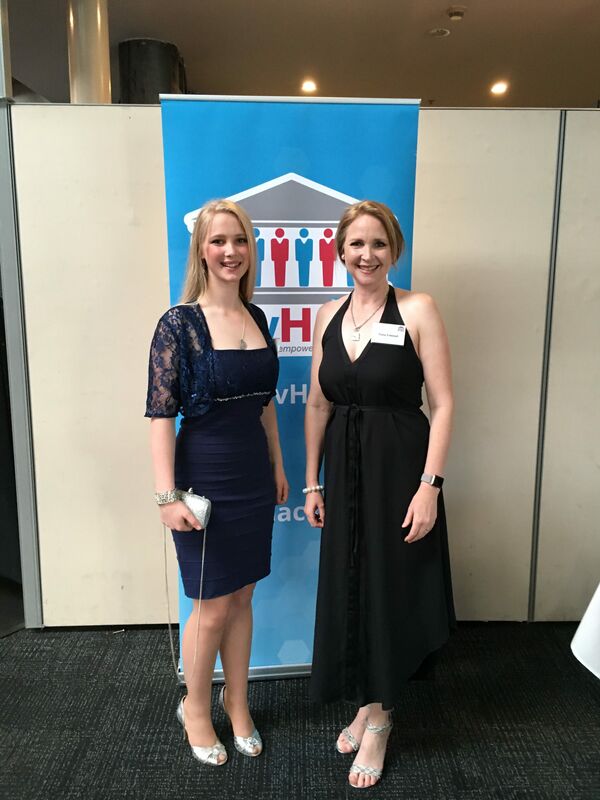 The local GovHack Open Data Competition was held at the Mount Gambier Library on the weekend of 7 to 9 September 2018. During 46 hours of competition time, 45 youth and adults competed simultaneously with other teams across Australia. Competitors were required to come up with a concept to make open data more accessible to the public, with ideas such as apps, games, websites and art. The concepts were judged on a three minute video promoting the working model of each idea.

Local youth team ‘Bachmanns and Fulwoods’ comprised of Lilli Fulwood, Elly Bachmann and Dale Bachmann created the project ‘Backwards and Forwards’, an interactive history board game based on South Australian figures. The project was judged as the best youth entry in Australia.

“This is an exceptional achievement and shows what the youth of Mount Gambier are capable of.” - Library Youth Services Coordinator Terasa Nearmy.

“The fact that their concept stems from a board game, and that they only had three team members, proves that anyone can take part in the GovHack Open Data Competition with the only limitation being their imagination.”

In addition to the national win, the teens also took out the local youth award and were runners up at State level in the category City of Adelaide – the place to live, work and play.

Lilli Fulwood received a ‘golden ticket’ and was flown to Sydney for the national awards event with her mother, Fiona. Lilli was present to accept the award on behalf of her team on Saturday evening.

“The competition was an awesome opportunity to work as a team with the assets and time limits given, to create one goal. The outcome was so much more than a board game, it left us with memories, stronger friendships, and a desire to use the tools around us to invent new ways of using old things," Miss Fulwood said.

Mount Gambier teams also received honourable mentions in two prize categories. Team ‘Just We Three’ were recognised for their project in the prize category Protecting Our Carers. Their concept ‘Connected – Councils Connecting Community’ is an interactive, self-serve kiosk that links residents and new arrivals with community groups, clubs and support services in their local area.

Team 'Opt1c N3t' received a honourable mention in the prize category On Your Marks, Get Set, Start Up for their project ‘New Age Business’, an app based concept that will help people create or grow their small business.

For further information or to arrange an interview with Lilli Fulwood please contact Library Youth Services Coordinator Terasa Nearmy on 8721 2579 or tnearmy@mountgambier.sa.gov.au