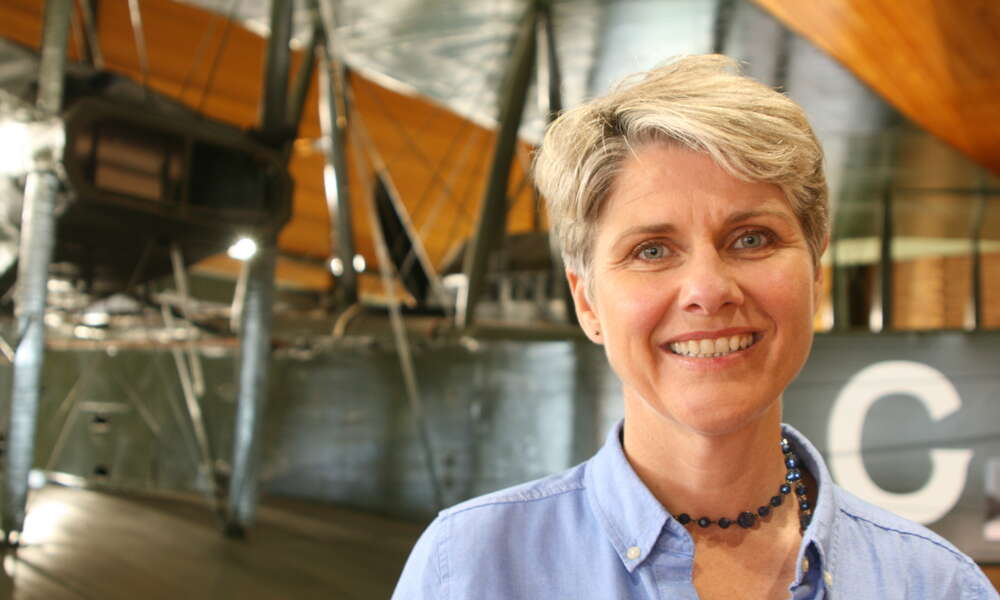 Lainie Anderson
​Sunday Mail columnist and author Lainie Anderson stands in front of the Vickers Vimy - the same open cockpit biplane that won the 1919 Great Air Race and the feature of her book 'Long Flight Home'.

Sunday Mail columnist Lainie Anderson will be at the Mount Gambier Library on Tuesday 3 September to launch her new novel Long Flight Home, a historical fiction celebrating one of Australia’s greatest aeronautic achievements of all time. The author event kicks off at 7:00pm and is free for the community to attend with copies of the book available for sale on the night.

Long Flight Home is based around the history of the 1919 Great Air Race, an event that then Prime Minister Billy Hughes developed. In the wake the First World War the Commonwealth Government of the day announced a prize of £10,000 for the first Australian to fly from England to Australia in 30 days or less in an attempt to stimulate aviation development and keep Australia on the map following the war.

In 2009 when I was working at the Adelaide Sunday Mail, I was contacted by a reader who insisted that I go see and write a piece on the Vickers Vimy which remains in its original 1950's hanger in Adelaide. The same open cockpit biplane that won the 1919 Great Air Race.
- Author Lainie Anderson

“This was an incredible opportunity to celebrate a piece of South Australian history”.

Following her dedicated column Lainie was inundated with requests from readers to continue with the research and so the concept of a novel was devised. Using war diaries, personal letters and a Churchill Fellowship research trip, which took Lainie to nine countries in seven weeks, she came across the story of Wally Shiers – one of the two mechanics who flew in the race.

“With the war ending, Wally was due to return home to his sweetheart in South Australia, who was patiently awaiting his return so that they could wed,” Ms Anderson said.

“But Wally wasn’t anticipating the offer from charismatic war hero and pilot Ross Smith to participate in aviation history”.

Upon research Lainie discovered that fighter pilot Ross Smith was noted by the Australian War Memorial as Australia’s most decorated airmen of World War I.

“It is an emotionally charged novel that is beautifully written and will appeal to anyone interested in history, aviation, war at the front end and of the hardships of leaving your loved ones behind."

Members of the community are invited to attend for the opportunity to meet Lainie Anderson at this ‘in conversation’ event hosted by Dr Barney McCusker. The event represents an ideal time to learn more about the history of the 1919 Great Air Race with the forthcoming centenary anniversary.

For bookings please contact the Mount Gambier Library on (08) 8721 2540 or book online at www.mountgambier.sa.gov.au/lib... under ‘Programs and Events’. 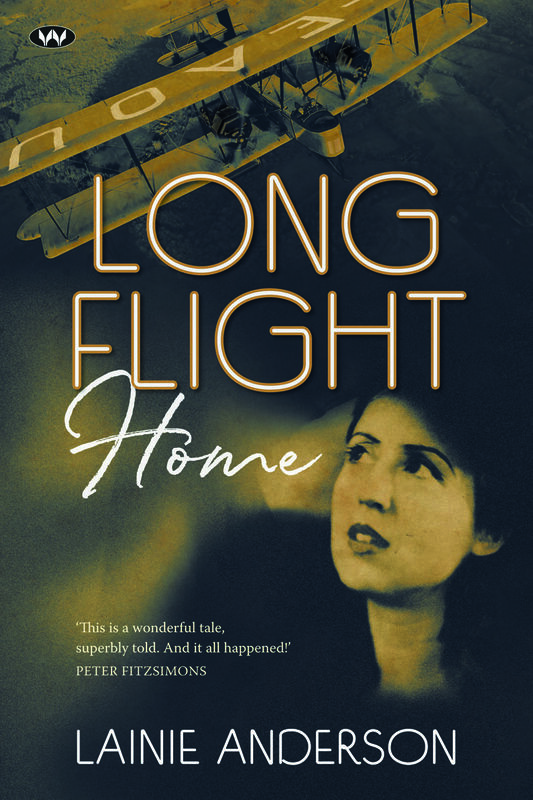