Richard de Crespigny is arguably Australia’s best-known commercial airline pilot. He is now also one of the nation’s most inspirational corporate speakers and will be in Mount Gambier for a powerhouse talk on building resilience.

The name Captain Richard de Crespigny was splashed across media world-wide when he became an aviation hero.

In 2010, thousands of feet in the air above Singapore, the 469 passengers aboard QF32 found themselves in a crisis that no-one could have anticipated when the A380 in which they were flying suffered a catastrophic explosion.

Captain Richard de Crespigny and his crew confronted extraordinary challenges over the next four hours, with only three partially working engines and a potentially explosive plane facing an imminent emergency landing. Even experienced crash investigators later revealed they thought recovery in such circumstances was impossible. Yet in the end all aboard walked away safely.

The incident brought into play Richard de Crespigny’s considerable skills involving teamwork, leadership, crisis management and problem solving and put many years of highly-skilled training into practice. A combination of these factors now provide the theme of his corporate presentations that have seen him address some of the world’s largest and most important industry and corporate groups.

Richard de Crespigny has developed into one of Australia’s most sought-after corporate speakers. His clientele profile comes with testimonials from powerhouse companies such as ANZ Bank, Australian Federal Police and Shell Australia.

The Mount Gambier Library is thrilled to be hosting an event with Richard De Crespigny on Tuesday 9 October at 7:00pm at City Hall, Main Corner Complex.

Richard will present a talk on resilience which is the topic of his latest book “FLY”. Richard will take participants on a journey through the hearts and minds of resilient leaders, revealing what it takes to overcome your greatest challenges in life and work.

“FLY! Is a book for those who want to learn how to master their minds, build their resilience and perform superbly in all circumstances,” Captain De Crespigny said.

My aim is to show you how to develop your resilience and sharpen your skills to enable you to deal with whatever life throws your way.- Captain Richard de Crespigny

“We would expect this event to sell out fast so encourage businesses and individuals to secure their seats as soon as possible.” 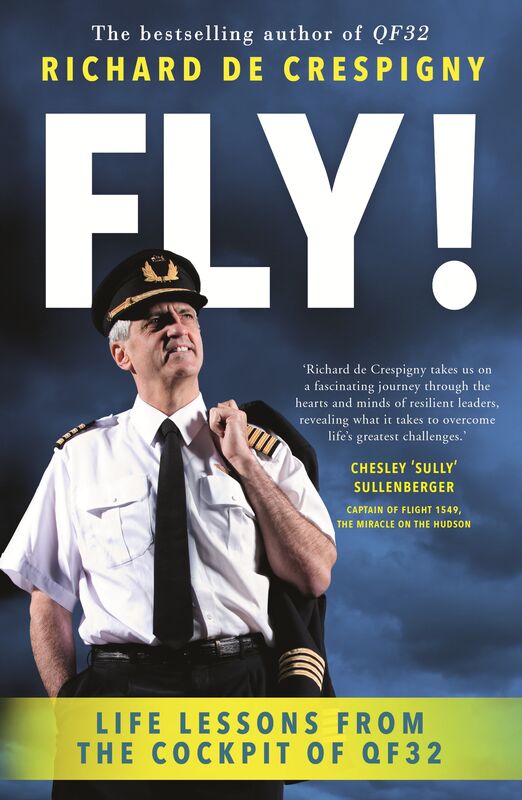