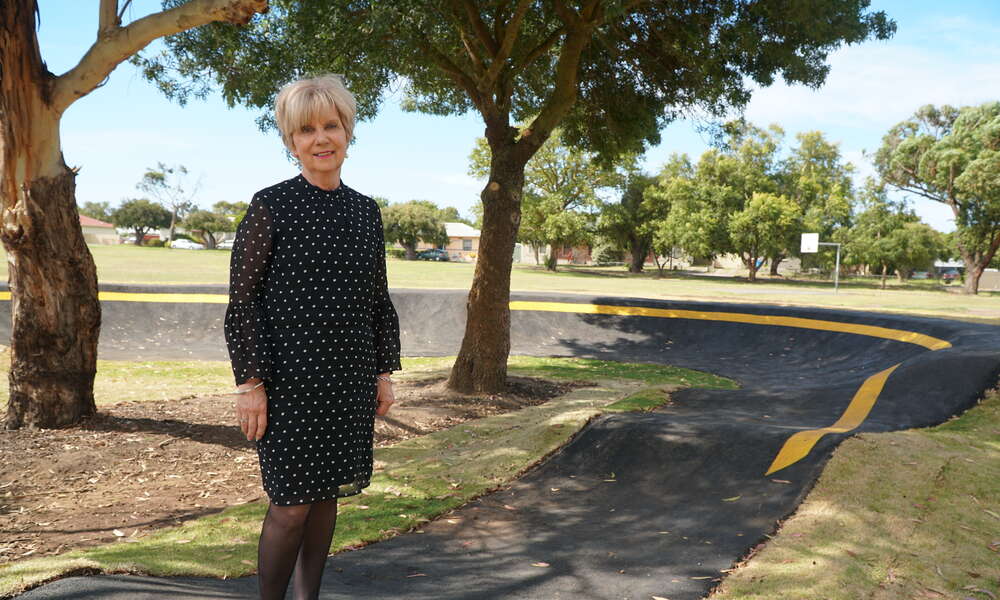 Construction on the Melaleuca Reserve Neighbourhood Pump Track located on the corner of Douglas Street and Pressey Street has now been completed.

“The pump track is designed to primarily service the interests of the surrounding community and follows ongoing consultation with residents to improve the safety and usability of facilities in the space,” City of Mount Gambier City Infrastructure General Manager Nick Serle said.

The $60,000 project was designed and constructed by Youth Services Australia and sealed with asphalt for all-weather use.

“It is an entry level track which allows for safer access for younger bike and scooter riders and is a good example of how these types of recreational facilities can be incorporated within neighbourhood parks and play spaces.”

The track has already been well received by people of all ages, with very young children out there enjoying it alongside older children. Families have been having picnics in the area and really making the most of the new development.
- City of Mount Gambier City Infrastructure General Manager Nick Serle.

“It was important to ensure that the design provided for a family-friendly facility for the Melaleuca neighbourhood, therefore it is smaller in comparison to the Mount Gambier Pump Track.”