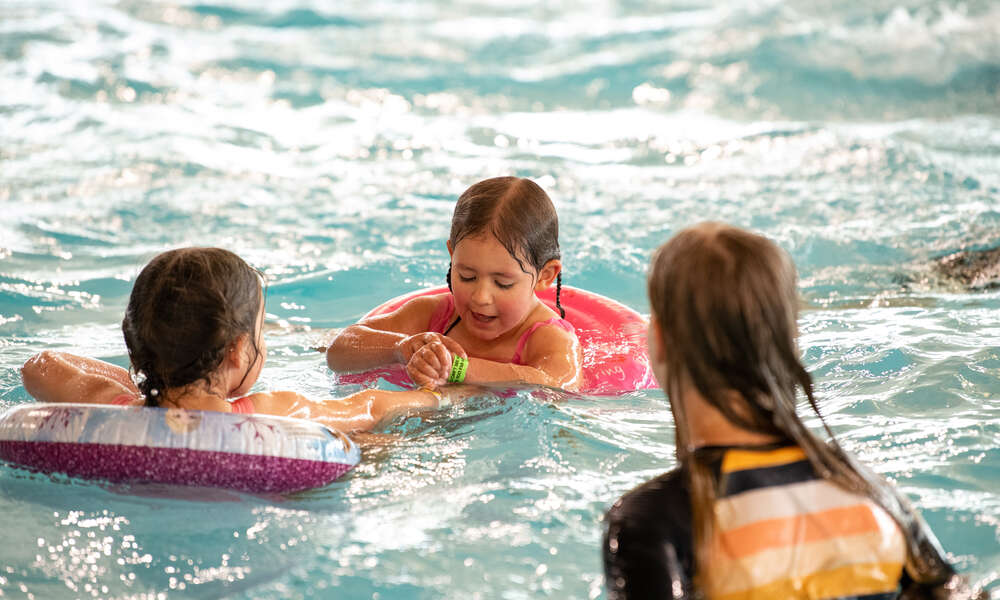 Mount Gambier’s Wulanda Recreation and Convention Centre doors swung open to the community for its preview weekend, with more than 4000 people taking part in tours and free swimming sessions.

Staff from the City of Mount Gambier hosted hour-long tours of Wulanda, providing 2200 residents with the opportunity to learn more about the centre, what it is capable of hosting, how the community can use it, and the opportunities Wulanda provides the city with event attraction.

Over the three preview days, almost 2000 people used Wulanda’s three indoor pools, splash pad, and 50m outdoor pool. The community discovered that whether they’re learning to swim, need rehab, or a seasoned lap swimmer, there is something for everyone and all ages.

Mayor of Mount Gambier Lynette Martin said the preview weekend was a brilliant opportunity to show thousands of residents what the City of Mount Gambier has designed and built for the community.

“I spoke to many residents who expressed their excitement about Wulanda and also thanked the council for their bold vision to build a state-of-the-art facility that will benefit the community for generations,” Mayor Martin said.

“Many people who spoke to me were so passionate and proud that they live in a city that has built Wulanda, a centre with a vision to transform Mount Gambier.”

“Building Wulunda has been a long journey for the community, and for the people visiting over the preview weekend, it was obvious that their patience and trust in the council, designers, and builders have been rewarded with an incredible building.”

“Mount Gambier has never seen this level of community investment before, which will be transformative for the community.”

Wulanda is the result of an enormous amount of campaigning, design, and construction over many years by many people. Mount Gambier deserves this. Wulanda is a game changer for our city and after 30 years of our community asking for a facility of this type, I’m proud that we invested in this project. Mayor of Mount Gambier Lynette Martin

“It’s clear that there is incredible energy and excitement in the community now that they’ve had a chance to swim and explore the endless possibilities for sports, recreation and events,” Ms Philpott said.

“The preview weekend has allowed thousands of residents to see Wulanda up close first hand, and with the doors open for business as usual from today, we expect many more thousands to enjoy their first Summer of Wulanda.”

“There is programming available online at wulanda.com.au across fitness and aquatics, and with memberships and casual entry at affordable, benchmarked prices, we expect the centre to buzz with crowds.”

“Wulanda, meaning ‘enjoy or cherish’ in Bunganditj language, is ready and open for just that.”