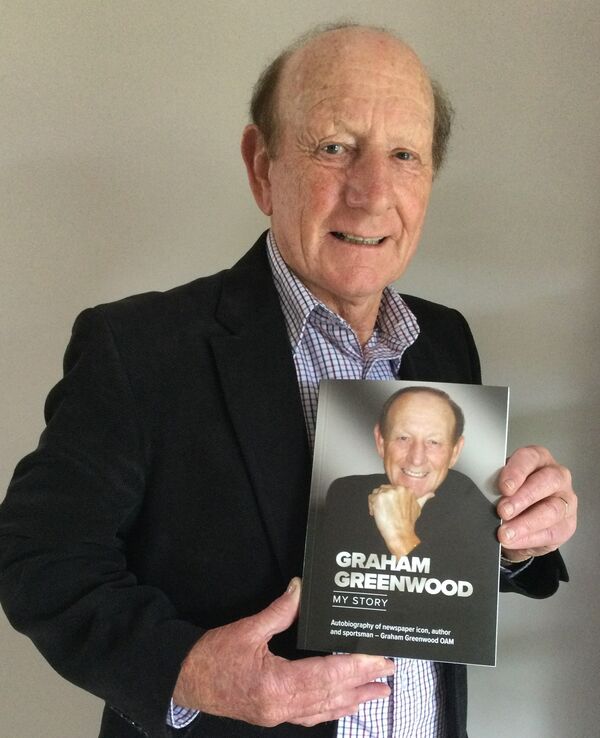 Graham Greenwood approved
Local author Graham Greenwood will hold a book launch for his autobiography 'My Story' on Tuesday 16 November 2021 at 7:00pm at Mount Gambier Library.

Mount Gambier Library will host an event with author Graham Greenwood to launch his memoir ‘My Story’ on Tuesday 16 November 2021 at 7:00pm.

Graham’s 13th book takes the reader through various stages of his life, including 57 years in newspaper.

“I always wanted to write and to be a newspaper reporter and despite average grades at school, the cards did fall my way and allowed me to realise my dream,” Mr Greenwood said.

Starting at The Border Watch newspaper in 1963, Graham moved through various positions in his newspaper career, progressing from a printer’s devil to a Linotype operator (typesetter) and then into journalism, sports editor, editor, manager, board director and chairman of the board.

“Readers will learn some of the behind the scene stories including the battles on various issues in a bid to get a better deal for the community and provide a vehicle for debate.”

Throughout his newspaper career, Graham taught more than 400 cadet and senior journalists in a specially designed development course which he devised.

“One of the highlights of my career was being honoured with the Medal of the Order of Australia (OAM) in 2017 for my contribution in teaching and training of journalists around Australia,” Mr Greenwood said.

In his book, Graham also opens up about his private life; the torment of two failed marriages, raising a son as a single parent, along with sporting achievements and successes as a player and coach in cricket, baseball and basketball with many local tales to tell.

This is a free in-conversation event with former media broadcaster Alan Richardson. Bookings can be made by contacting Mount Gambier Library 8721 2540 or booking at www.mountgambier.sa.gov.au/library under ‘Programs and Events’.