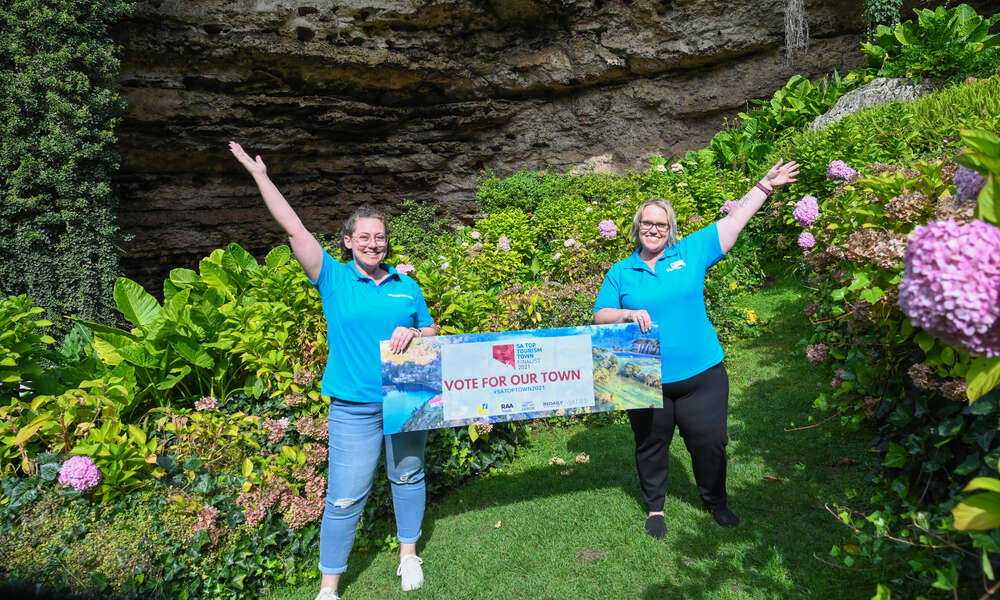 Mount Gambier has officially been announced as a finalist for the SA Top Tourism Town Award.

The inaugural Tourism Industry Council of South Australia (TICSA) program is designed to recognise both well-established and emerging towns in South Australia that deliver successful visitor experiences and are committed to growing visitation.

“I am thrilled that Mount Gambier is recognised as a finalist and a must-see destination to visit in South Australia,” City of Mount Gambier Mayor Lynette Martin said.

“The submission outlined an action packed four day itinerary for visitors to our city, including a visit to our beautiful Blue Lake, Engelbrecht Cave, the Valley Lake, Crater Lakes Disc Golf Park and Umpherston Sinkhole to name a few, and also the opportunity to sample our great food and coffee at our hospitality venues. - There really is something for everyone.”

The public vote will make up 70 percent of the overall score, with the remaining 30 percent decided by tourism industry judges.

“I encourage everyone to go online to vote for our beautiful city at: https://ticsa.com.au/industry-programs/sa-top-tourism-town/ "

This is an opportunity for Mount Gambier to be recognised and will encourage additional visitation and provide economic benefit for our city.
- City of Mount Gambier Mayor Lynette Martin

All voters will go in the running to win a family getaway at one of 12 South Australian council owned caravan parks in a cabin valued at over $500 thanks to the Local Government Association of South Australia.