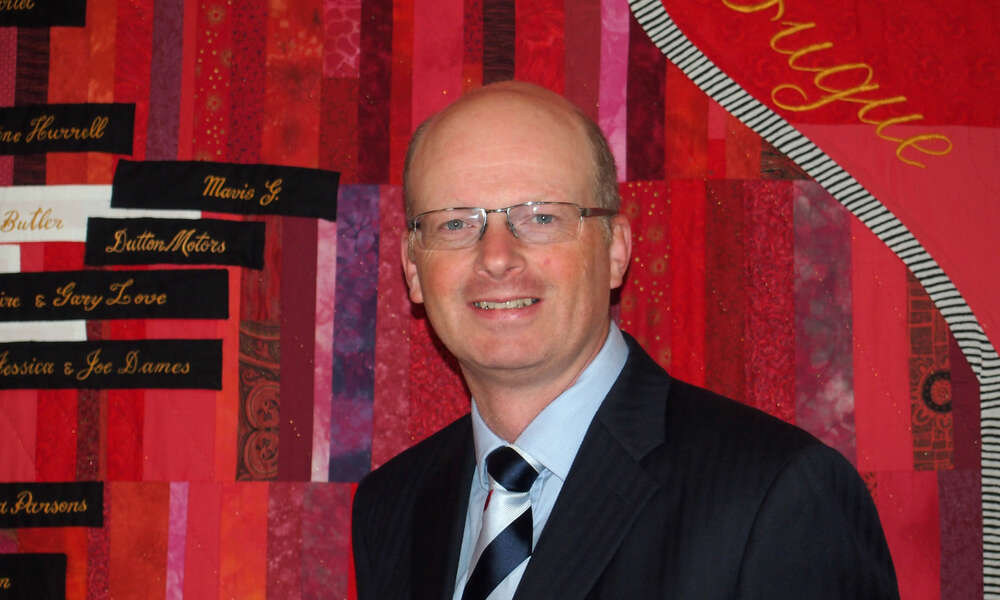 Rural City of Murray Bridge General Manager for Sustainable Communities Andrew Meddle has been appointed as the new City of Mount Gambier CEO.

Andrew is originally from the United Kingdom, where he held senior roles in central, regional and local government in the south and east before migrating to Australia in 2012. He began in his current position as General Manager Sustainable Communities at Murray Bridge in January 2013. In this role he is responsible for delivering the Council’s community services (including the regional art gallery, theatre and library), development and regulation services and for Lerwin, the Council’s 75 bed residential aged care facility.

Andrew indicated that the lifestyle, location and scenery on offer in Mount Gambier was a drawcard for his interest in Council’s top job.

“I’ve been looking for a CEO position within a provincial city for a while and we’d been on holiday in the region and knew that we liked it, so it was a great opportunity,” Andrew said.

Andrew said he is looking forward to making a difference within the local community and in particular, working on the delivery of the Mount Gambier Community and Recreation Hub project.

“I want to build a team that learns from the experience of this project and applies it to other projects and the delivery of services to the community in general,” he said.

As a start, the Council has also got some ideas that relate to cultural and engagement work within the team and looking at how to improve the tourism offering and encouraging visitors to stay longer in the region.
- Andrew Meddle

“I believe that Andrew will be an asset for Council and our community given his broad experience in so many fields,” Mayor Martin said.

“He has helped the Rural City of Murray Bridge to achieve many strategic and community plan objectives and is now well placed to take the next step in his career.”

Mayor Martin said Andrew’s energy, enthusiasm and experience in project management and his proven ability to identify and act on opportunities will benefit the City of Mount Gambier.

“He will see our city with fresh eyes and we look forward to welcoming him into our community.”

The appointment follows the retirement of former CEO Mark McShane in February 2019. Interim CEO Graeme Maxwell will cover the position until Andrew begins in the role on Monday 27 May 2019.