City of Mount Gambier hosted its first Australia Day Citizenship Ceremony on Sunday 26 January 2020 where 12 Mount Gambier residents were granted Australian citizenship. Mayor Lynette Martin OAM presided over the ceremony held in the Council Chamber where the new citizens, originating from India, Zambia, Syria, Congo and the Philippines, pledged their loyalty to Australia and its people.

Mayor Martin said she was honoured to preside over the ceremony and felt a real connection with the recipients.

“The ceremony had special significance for not only the recipients but also me as I could see how genuinely thrilled they were.”

I felt the ceremony had particular relevance being held on Australia Day and I could sense a real feeling of pride and happiness among the candidates as they had citizenship bestowed upon them on a day of such national significance.
- Mayor Lynette Martin OAM

“It was a moving and uplifting occasion and it really brought home for me how wonderful it is to be Australian and how lucky we are to live in this great country.”

Registered Nurse and former resident of India Anu Babu and her husband Jithin Panicker relocated to Mount Gambier from Adelaide three years ago with their daughter Diva and are expecting their second child soon.

“Moving to Australia by myself in 2012 was a bit of a challenge for me and I struggled a lot in the beginning,” Ms Babu said.

“When we moved to Mount Gambier for employment it was a big move with a four month old but we like the beauty and greenery in Mount Gambier.”

“I am feeling very proud to receive Australian Citizenship on Australia Day.”

New citizen Norma King moved to Australia in January 2013 from the Philippines and moved to Mount Gambier 12 months ago.

“I’m very happy in this beautiful country where this is no traffic, no pollution and I can meet new friends,” Mrs King said.

The new citizens joined in the singing of the Australian National Anthem performed by Maixence Williams of Phoenix Music Studio and enjoyed light refreshments, including an Australia shaped cake featuring iconic places and native animals.

The next City of Mount Gambier Citizenship Ceremony is scheduled for Thursday 14 May 2020. 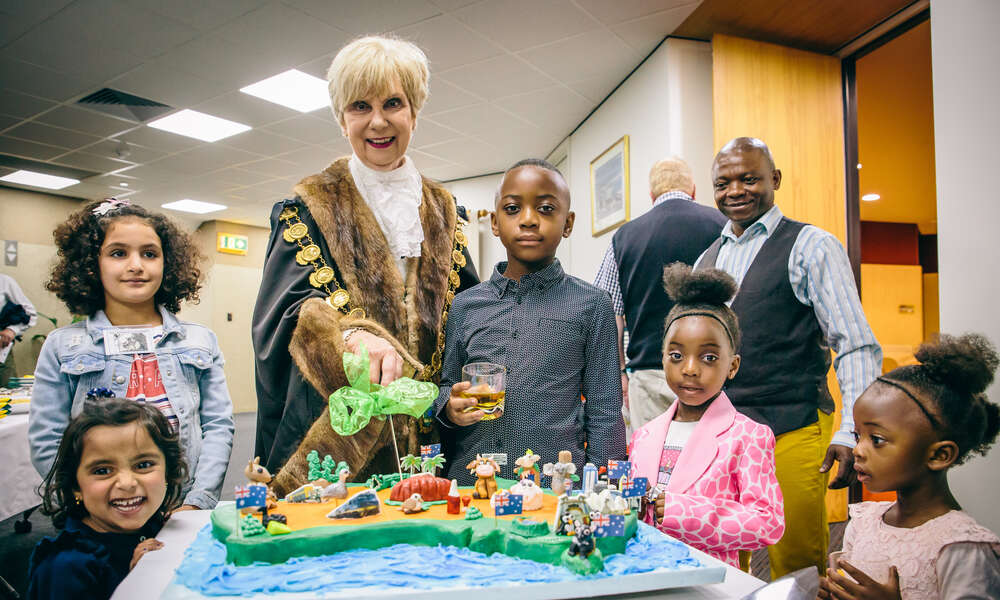