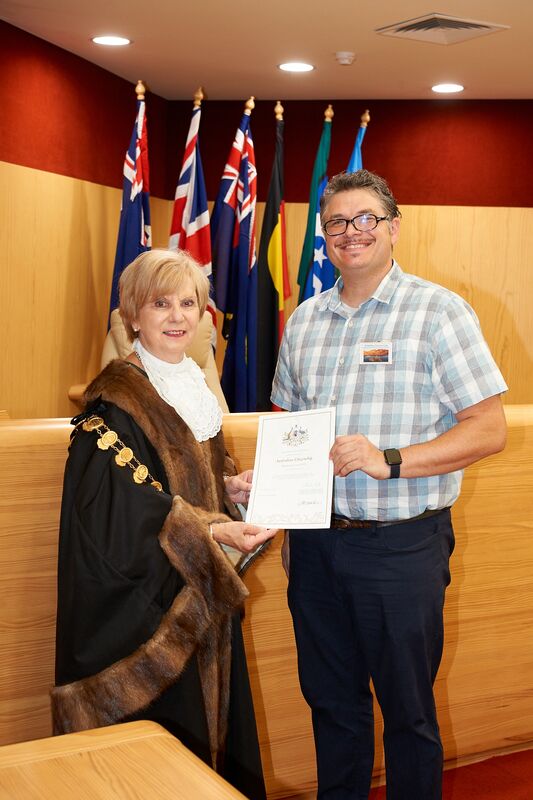 The conferees, originating from Thailand, Vietnam, United States, Zimbabwe and Myanmar, were honoured to receive their citizenship on Australia Day.

“It is one of the greatest privileges I have as Mayor to confer citizenship upon members of our community and the Australia Day ceremony is always a very special occasion,” Mayor Martin said.

I could sense from the conferees that taking the final step in their citizenship journey on a day of national significance was a proud moment for them as they pledged their commitment to Australia.
- Mayor Lynette Martin

Originally from Thailand, new Australian citizen Napatsawan Chambers has called Mount Gambier home since 2014. Reflecting on why citizenship is important to her, Ms Chambers said it is about feeling connected.

“Australia is now my home, so to complete my connection to my new home country I feel it's important to become a citizen,” Ms Chambers said.

Matthew Eudy arrived in Mount Gambier in 2008 and has now taken the final step to becoming an Australia citizen having originated from the United States.

“It’s a celebration with other folks about cementing ourselves to a place we love and value,” Mr Eudy said.

Local MPs were in attendance at the ceremony, including Member for Mount Gambier Troy Bell and Member for Barker Tony Pasin along with Member of the Legislative Council Clare Scriven. The National Anthem was performed at the ceremony by local singer Alison Newman. 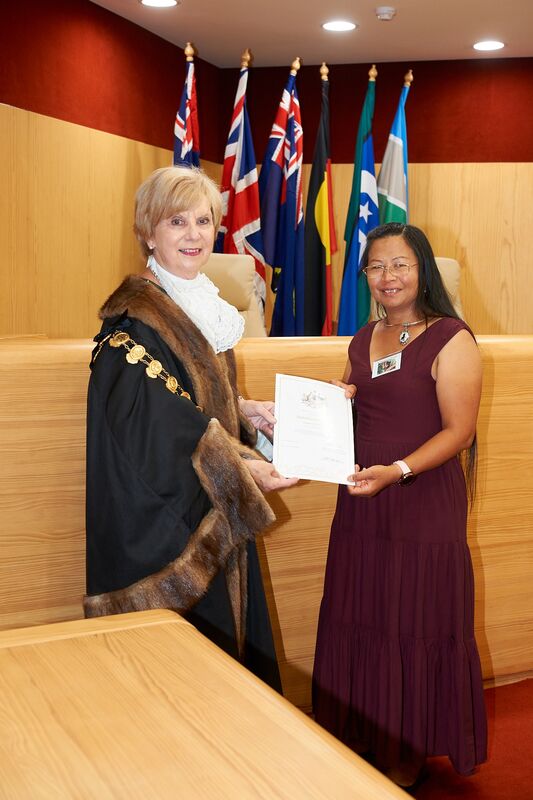