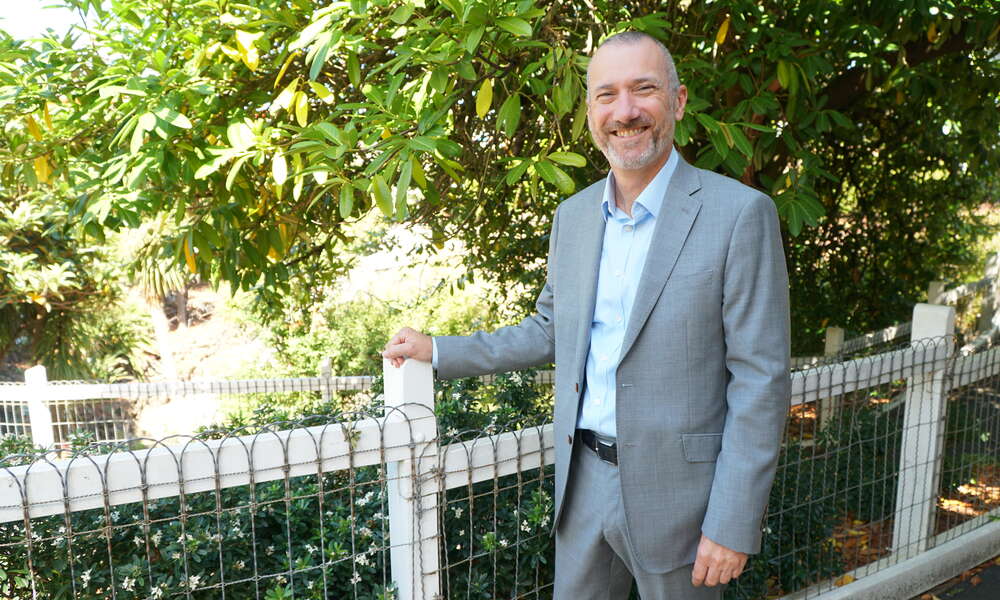 City of Mount Gambier welcomes Tim Coote to the role of General Manager City Growth. Tim is passionate about regional South Australia and has relocated from Port Lincoln to Mount Gambier with his family to take on the position.

Tim was born in Glenelg and grew up in Port Lincoln. He studied Arts as an undergraduate then postgraduate studies in Business and Public Sector Management at university and worked in Adelaide before moving to the Loire Valley in France.

“I met my wife Ilda in France and had two children and stayed in the Loire Valley for about fifteen years, working in Local Government becoming Director for Training before establishing a corporate training and consultancy company working with French based multinational companies and Loire Valley regional organisations,” Tim said.

“Despite being away, I have always felt close to regional South Australia and returned to Australia to work in the regions in 2012.”

“Essentially I was helping regional businesses to build their capabilities and grow. Previously, I managed the State Government’s Whyalla Response Office with the Department of State Development and the Steel Taskforce.”

“I am looking forward to being a driver in an organisation which delivers great things for the community.”

Tim believes now is the time to reassess what growth means for the City of Mount Gambier.

I think Mount Gambier presents the most exciting potential in the state, it is perfectly placed to really go to a different phase of its life and that’s what attracted me to come here.
– General Manager City Growth Tim Coote

“I feel the critical mass idea that bigger is better and that we need to reach a certain point in relation to population size and economic growth needs a rethink.”

“Things have changed now, ideas about sustainability and productivity have evolved and people are considering their idea of purpose more acutely.”

Tim believes regional areas are better placed for success than ever before.

“If you have digital connectivity to the world to work and study and you can do everything that you can do anywhere else without inconvenience, you can be the hub of your own wheel based where you are,” he said.

Tim wishes to alter the narrative around regional centres.

“You can’t have a strong state with weak regions and the idea that people are stuck in the regions is dissipating now. People are choosing to be in the regions, we are here because we want to be here, not because we can’t be anywhere else.”

Tim is also a talented artist and enjoys creating oil paintings and music.