NF McDonnell and Sons Christmas Parade is near

NF McDonnell and Sons Christmas Parade is near
12 November 2018

With 55 entries preparing for the Parade, including 7 brass bands, this year’s event promises to be yet another fun and colour affair. Council organisers are thrilled with the number of entries received, demonstrating the community’s willingness to participate in the iconic event.

"It is fantastic to have such a high number of entries again this year and we express our appreciation to all those who have entered. Without the community groups and individuals who take the time to prepare their floats the Parade would not be as successful as it has been for many years," City of Mount Gambier Community Events Team Leader Denise Richardson said.

The Parade will travel west from the intersection of Commercial Street East and Crouch Street South and finish at the Wehl Street and Commercial Street West intersection. With many thousands of people expected to line the streets for the event attendees are reminded to remain behind the blue safety line at all times.

“The painted blue line runs on both sides of Commercial Street and is broken at the protuberances. It is approximately 150mm outside the existing parking bay lines. The cooperation of the public in observing the honour line is requested,” Mrs Richardson said.

The community is also encouraged to comply with all parking requirements and road closures as people converge on the city centre for the parade.

“Please be patient and observe traffic restrictions to keep children and families safe before, during and after the event.”

Following the Parade the Rotary Club of Mount Gambier West will host ‘Party in the Park’ in the Cave Garden providing various activities for children of all ages.

The Lions Club Blue Lake Brass Band Festival commences with a street march prior to the Christmas Parade at 9:00am in Commercial Street East. The Massed March from the Old Town Hall to Crouch Street will follow, beginning at 10:15am before the bands participate in the Parade from 11:00am. Featuring brass bands from all over the state and Victoria, the Festival continues in the afternoon with a concert at the Sir Robert Helpmann Theatre from 1:00pm where all the winners will be announced. 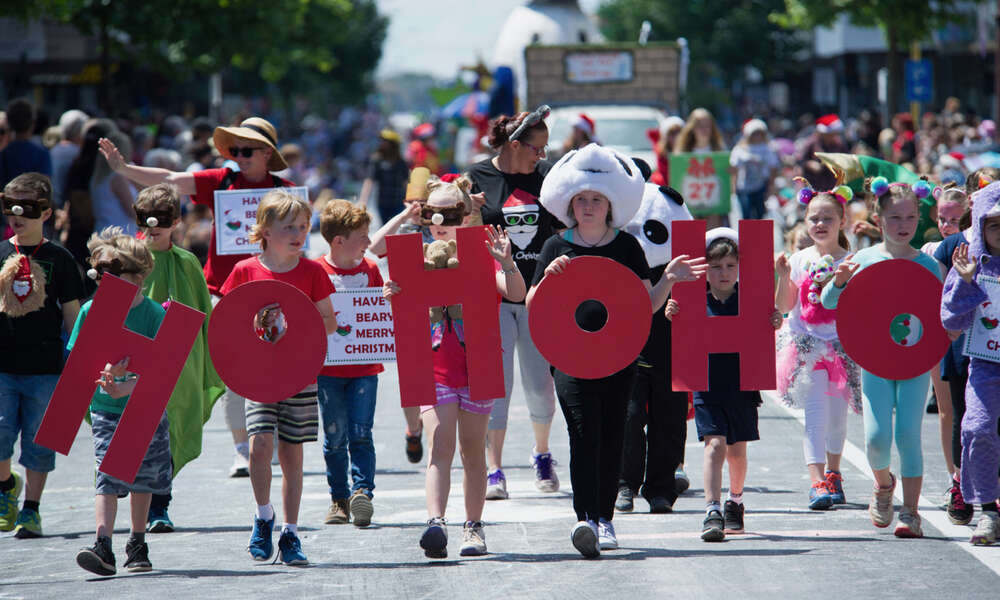