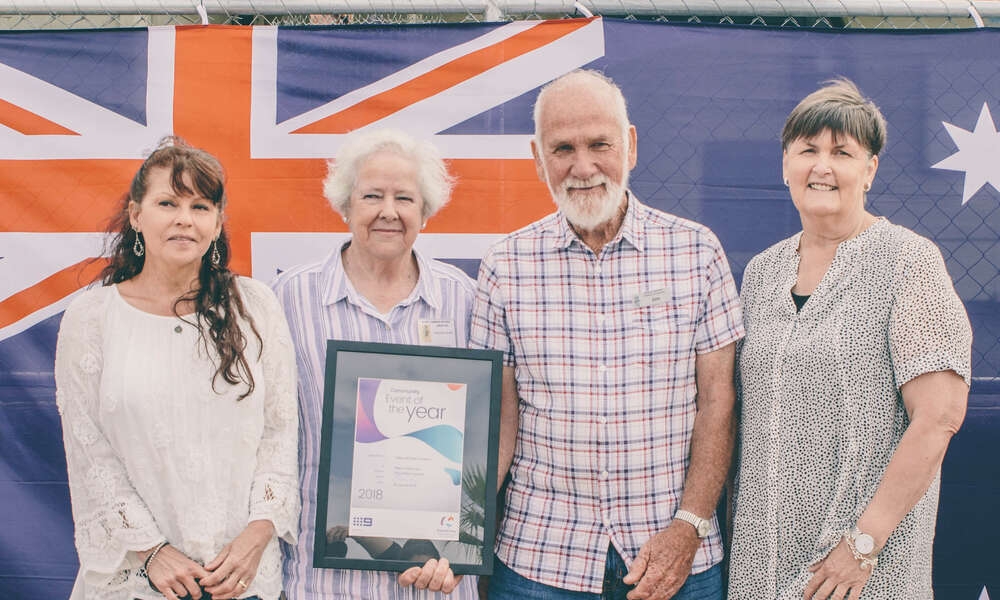 Nominations are now open for the 2019 Australia Day Local Citizen of the Year Awards. Award recipients will be recognised at the City of Mount Gambier Australia Day Breakfast to be held at the Railway Lands on Saturday 26 January 2019. These awards recognise individuals and organisations that have made a noteworthy contribution during the current year, and/or given outstanding service over a number of years to our local community, over and above normal employment duties.

Confidential written nominations are invited from interested persons for:

Nominations are being sought for outstanding contribution and community service in areas such as education, health, fundraising, charitable and voluntary services, business, sport, arts, the environment, or other areas that contribute to the advancement and wellbeing of our community. This year the Senior Citizen of the Year award has been added as an additional category to specifically acknowledge and celebrate the valuable contribution made by individuals who are 55 years and older.

The Australia Day Awards are a unique opportunity to recognise the significant contribution of people within our community who go above and beyond without any expectation of reward, - City of Mount Gambier CEO Mark McShane said.

The awards are an integral part of Mount Gambier’s Australia Day celebrations which will commence at 7:30am on Saturday 26 January 2019 and will include entertainment by local performers and breakfast cooked by Lakes Rotary Club.

“It is important we recognise the unsung heroes so if you know of someone or a group of people who contribute to making Mount Gambier a great place to live I encourage you to complete a form and nominate them,” Mr Mark McShane said.

Nomination forms and guidelines are available from the Civic Centre, Mount Gambier Library, Mount Gambier Visitor Centre and the Main Corner or online at www.mountgambier.sa.gov.au

Nominations will be accepted until 5:00pm on Friday 16 November 2018 and should be marked ‘Australia Day 2019’ posted to City of Mount Gambier, PO Box 56, Mount Gambier SA 5290 or emailed to city@mountgambier.sa.gov.au