Party in the Park Cancelled

Party in the Park Cancelled
17 November 2022 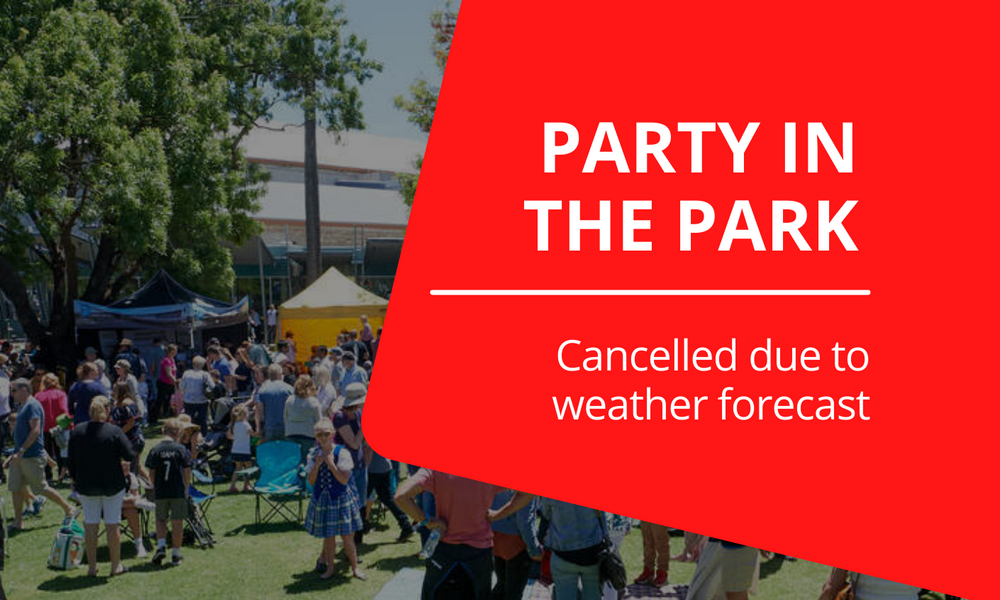 Party in the park cancelled

Due to the Severe Weather forecast on Saturday, the Party in the Park event has been cancelled.

With up to 20mm of rain along with severe wind and thunderstorms forecast by the Bureau of Meteorology, organisers of the event have made the difficult decision to cancel the event, which was scheduled to take place after the Christmas Parade.

At this stage, the Christmas Parade will continue, but City of Mount Gambier staff will monitor forecasts and make a final determination at 9:00am Friday 18 November.

The severe weather also threatens the Brass Band Festival, and a final update on that event's status will be made on Friday.

City of Mount Gambier Team Leader Community Events, Xarnia Keding said cancelling events is the last resort for all of Saturday's events hosts. Still, the community's safety is of the utmost importance.

"We know how excited the community is to have the Christmas Parade return to the city after its two-year hiatus, and our team has worked for six months to get ready for Saturday, but if it is cancelled for safety, then we will be back next year," Ms Keding said.

A media release will be issued at 9:30am Friday 18 November, advising the status of the NF McDonnell Christmas Parade and the Blue Lake Brass Band Festival.