Pet owners urged to be responsible

Following changes to the Dog and Cat Management Act that came into effect in July 2018, City of Mount Gambier is encouraging dog owners to ensure they are managing their pets responsibly at all times.

Under the new legislation authorised council officers now have increased powers to investigate and prosecute breaches of the Act and increased fines and penalties now apply to those who break the law.

“Changes to the act mean that dog owners can now face fines of $210 for failing to immediately collect, remove and dispose of dog faeces and for not having their dogs on a leash in a public place,” City of Mount Gambier Team Leader General Inspectorate Derek Ferguson said.

Following feedback from the community Council is in the process of rolling out new signs around popular reserves and open public spaces to remind dog owners of their responsibilities. The signs are located around the Blue Lake and at the Railway Lands with additional signs to be installed in other areas in the coming months.

Public reserves and amenities are for the enjoyment and safety of the whole community and dog owners are asked to be mindful of other people and animals when using these facilities. It is the responsibility of everyone in the community to keep these areas clean, safe and tidy for all.
- City of Mount Gambier Team Leader General Inspectorate Derek Ferguson

Dog owners should be aware that Council also has a by-law which stipulates dog owners must have a bag or suitable container in their possession to enable them to clean up after their dogs when in a public place.

“Responsible pet ownership comes down to more than just registration and microchipping.”

“These fines can be easily avoided and we just ask that - as the signs say - bag and bin, do the right thing.”

City of Mount Gambier now has approximately 5800 registered dogs, an increase of around 1000 since July 2018 which General Inspectors attribute to the success of the new Dogs and Cats Online (DACO) registration system.

“A reminder that owners who are yet to register their pets under the new DACO system must do so immediately to avoid an expiation of $170 arriving in their letterbox,” Mr Ferguson said.

Changes to the Dog and Cat Management Act also mean that every owned dog and cat must be microchipped or owners risk being served a $170 fine or up to $750 for dogs of a prescribed breed.

“With an increase in the number microchipped pets we are able to easily return the animal to its rightful owner, resulting in less impounds and lost dogs,” General Inspector Michelle Abramovic said.

“It is important that pet owners keep their microchip details up-to-date to ensure you can be easily contacted should we locate your pet.”

“If ownership details have changed or your pet is now deceased you must also update this information to avoid being the recipient of any unwanted expiations,” Ms Abramovic said.

Since 1 July 2018 anyone in South Australia who wishes to breed dogs or cats for sale or trade must also register with the Dog and Cat Management Board.

“This isn’t limited to pedigree breeds, and includes people whose dogs or cats have accidental litters - if you breed and you sell, you must be registered as a breeder or face an expiation of $315.”

For further information about the Dog and Cat Management Act or DACO, visit www.dogandcatboard.com.au or contact Council on (08) 8721 2555. 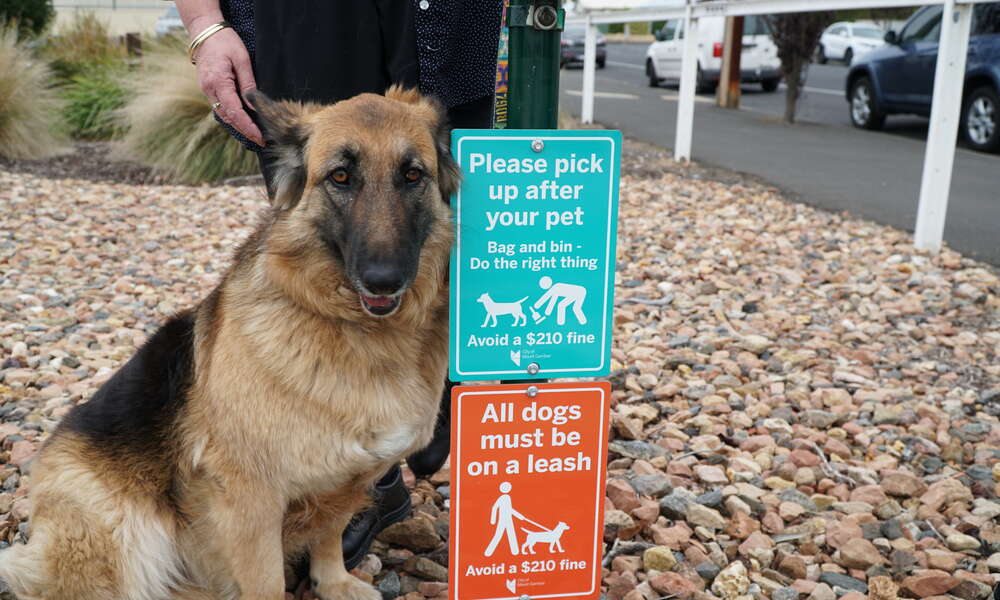