'Potholes and Paddocks to the Park' launch

'Potholes and Paddocks to the Park' launch
01 December 2019 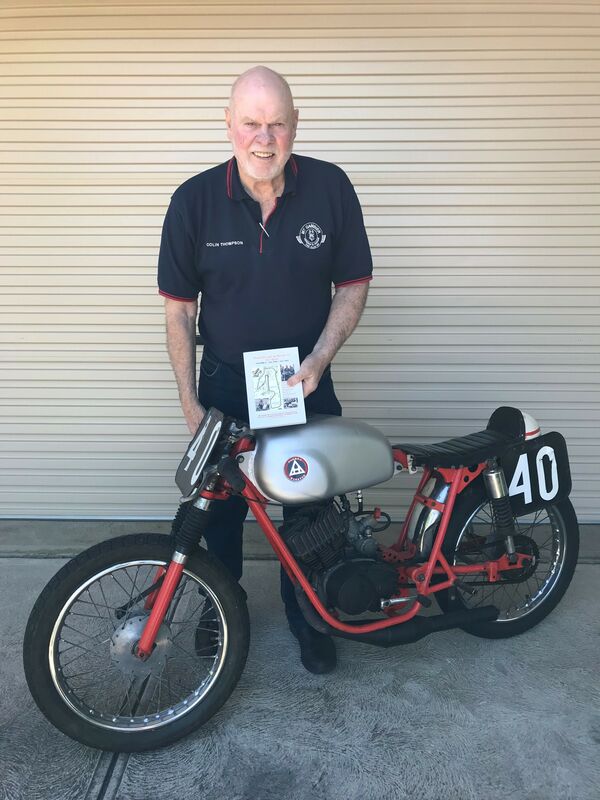 Local historian and motorcycling enthusiast Colin Thompson will launch his latest book ‘Potholes and Paddocks to the Park – Volume 2: Jan 1950 - Jan 1963’ at City Hall on Wednesday 4 December 2019 at 7:00pm. Volume 2 continues the history of motorcycle racing in the South East from 1950 to 1963 including the establishment of the McNamara Park circuit near Mount Gambier and provides insight into social and commercial aspects of life in the 1950's and 60's.

"Colin has undertaken meticulous research to ensure an accurate and entertaining history, sourcing his information from local newspaper The Border Watch, interviews with local motorcycling enthusiasts, supporters and volunteers who pitched in to assist with the preparation of what is now commonly known as Mac Park," Library Manager Georgina Davison said.

One story included in the book was originally told to the author by Harry Vause and is of the ex-army Stuart tank loaned by Frank McNamara, which was used to tow an old grader during the preparation of the McNamara Park circuit.

“Because it was a radial engine from an aircraft, the motor had to be cranked over by hand 27 times to pump the oil. After an initial couple of ‘chuffs’ and unsuccessful firings, on the third attempt, the motor fired up properly, roaring away and Harry said the air was filled with dust and mice went everywhere,” Mr Thompson explained.

Colin’s passion for motorcycles spans almost seven decades and remains strong today. His own experience and knowledge, together with a natural flair for storytelling and love of a good yarn brings the book’s individual stories to life.
- Library Manager Georgina Davison

The local author event is free to attend with limited seating. Contact Mount Gambier Library (08) 8721 2540 for bookings or visit www.mountgambier.sa.gov.au/lib...