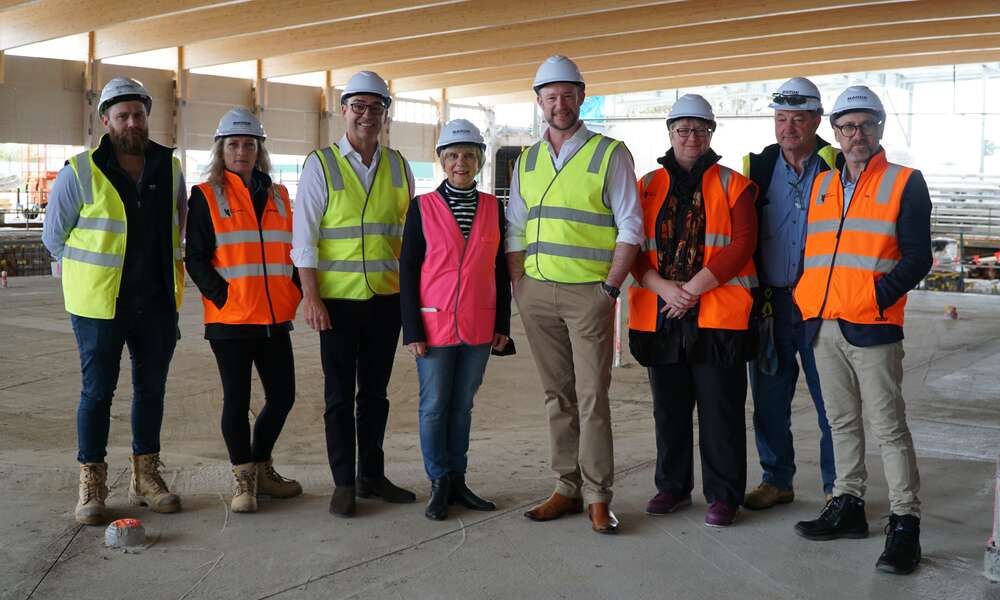 City of Mount Gambier Mayor Lynette Martin was pleased to host a tour for the Premier through Council’s largest ever infrastructure project currently under construction at Olympic Park, Mount Gambier.

“We are very excited about the development of Wulanda, it will provide substantial year round indoor facilities, addressing many community needs both now and for future generations to come,” Mayor Martin said.

“The project received $10 million in State Government funding through the Regional Growth Fund, so I was very pleased to show the Premier through the facility so he could see how it is developing.”

The Premier was impressed with the construction occurring on site. 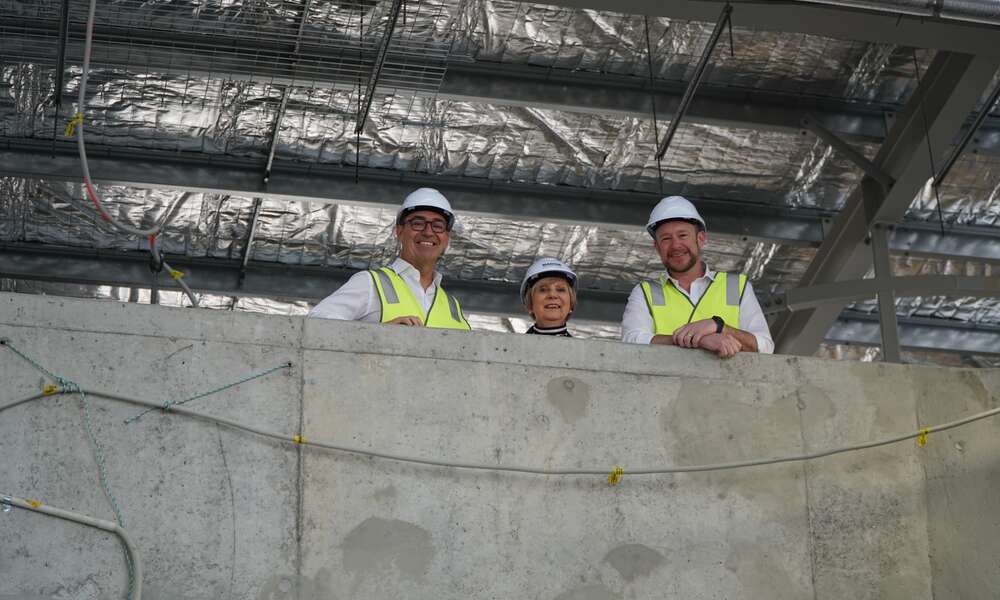 DSC04304
Premier Steven Marshall with Mayor Martin and candidate for the seat of Mount Gambier Ben Hood on the second floor of the Wulanda Recreation and Convention Centre. 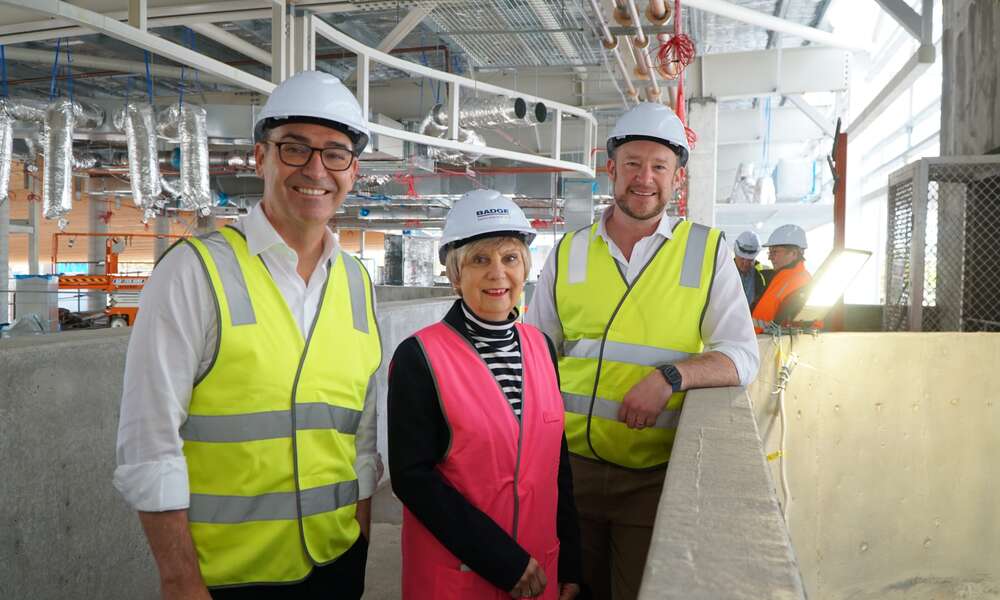 DSC04365
Premier Steven Marshall with Mayor Martin and candidate for the seat of Mount Gambier Ben Hood on the second floor of the Wulanda Recreation and Convention Centre.

Following the tour, Premier Marshall met with the Mayor, Council’s senior executives and candidate for Mount Gambier Ben Hood to discuss key priorities for our community, including investment opportunities, our strong regional position and tourism.

We talked about opportunities to build on the success of Wulanda and our partnership in activating the Blue Lake and Crater Lakes area. We have so many amazing spaces and working together we can build even stronger connections. - Mayor Martin 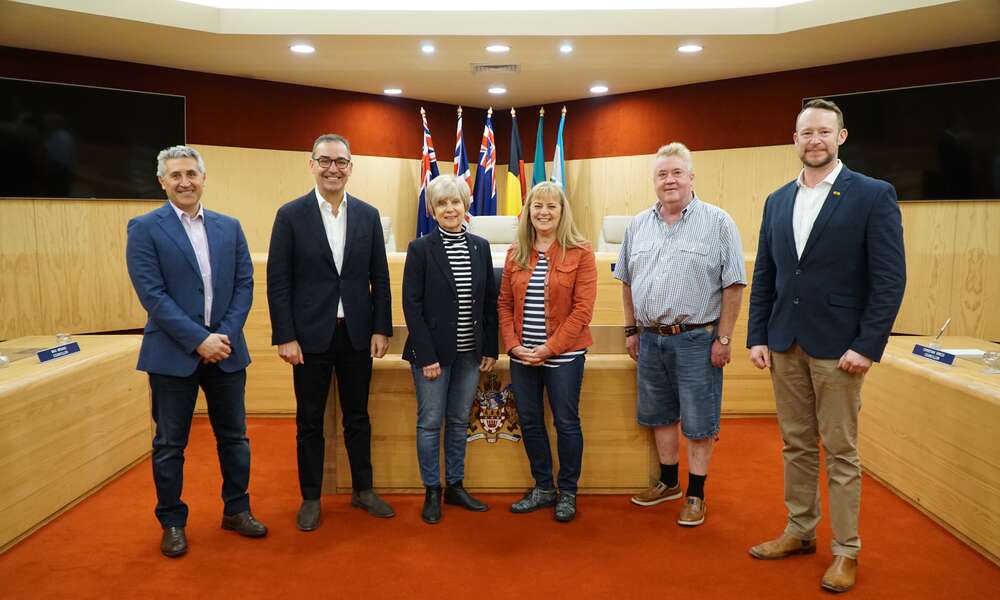 Councillors Sonya Mezinec, Frank Morello and Paul Jenner then joined the Mayor and the Premier for a discussion over lunch at the Civic Centre.

The Premier’s itinerary also included a visit to the Mount Gambier Show and meetings with primary producers, Grant District Council and the Generations in Jazz board.

Mount Gambier and the Limestone Coast is such a key region for our State and it has been great to get back to this fantastic region to meet and listen to locals with Liberal candidate Ben Hood. - Premier Steven Marshall